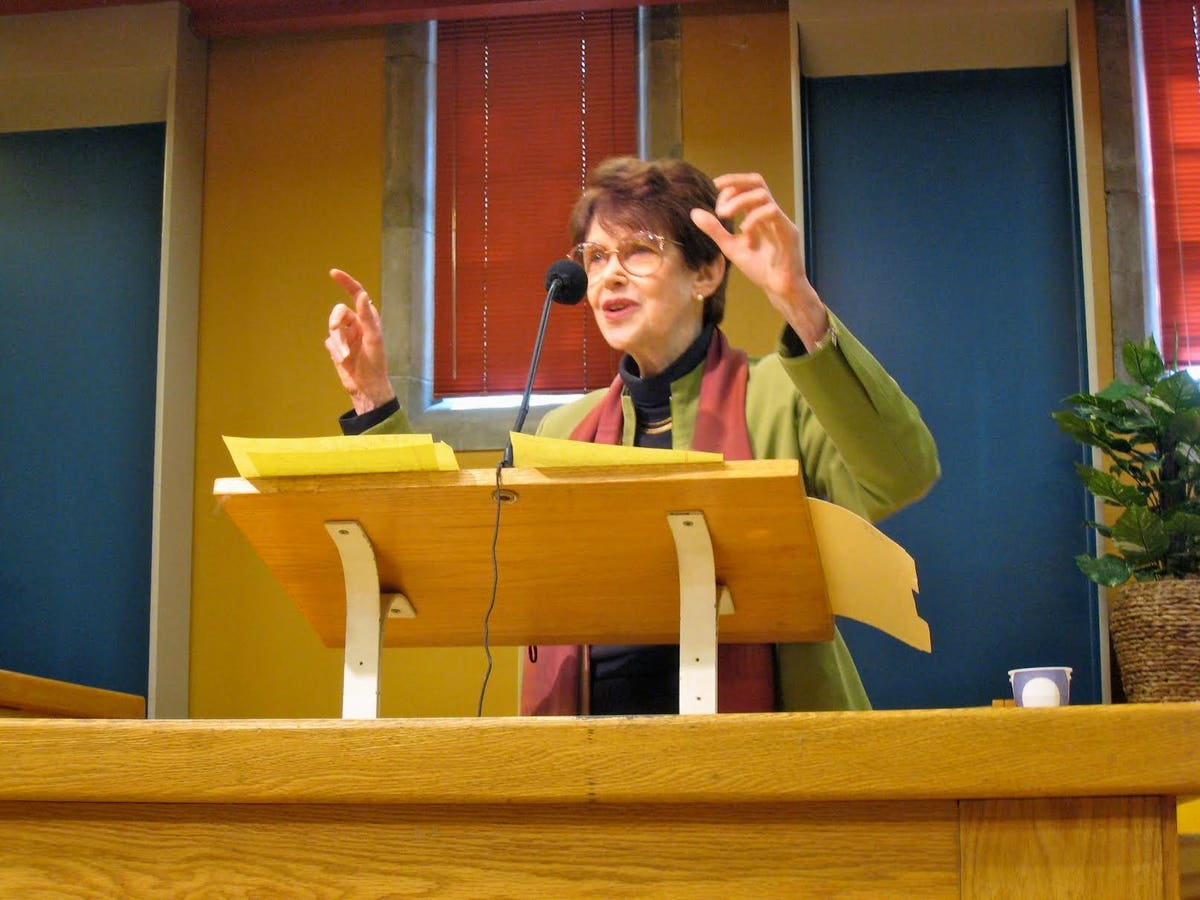 You met the fathers of capitalism and socialism, now meet the mother of partnership

Imagine a world where men and women share power equally. Consider what is possible in a time and place where male domination and violence are not culturally embedded. Based on The chalice and the blade: our history, our future, a bestseller by prolific systems scientist, futurist and historian Dr. Riane Eisler, such an era existed 5,000 years ago for thousands of years. However, men in leadership positions have deliberately erased this social construction from history. Eisler filled in the gaps in the missing data. You could say that she is an expert on the subject.

According to his research, for millennia, human societies have been built on what Eisler calls “partnership systems,” in which the human ability to give, nurture and sustain life was held in high esteem, and responsibility shared was the gold standard. As president of the Center for Partnership Systems, Eisler promotes the partnership movement to now build systems that reward care for others and for nature.

To build an economy rooted in partnership, one of the first aspects of society that needs to be addressed is how we collectively perceive infrastructure. While it is noble and valuable to invest in sustainability, social impact initiatives and programs that support underrepresented and underfunded groups, the underlying systems on which these facets of society operate must also fundamentally change.

Indeed. Healthy human development requires food, water, education, health care, infrastructure and economic opportunity. Without nourishing families and our natural world, it is not possible to meet these critical needs.

Changing the way we measure prosperity

A contributing factor to the lack of support for human infrastructure is that the GDP does not include care work performed in households, even though it would represent 20 to 50% if it were included.

This is not the only flaw in GDP. From a human well-being perspective, GDP doesn’t measure well-being … well, at all, because it counts for seemingly good and bad events. When a natural disaster destroys a place, the GDP increases. When someone dies and the body is taken to a funeral home, the GDP increases. GDP does not make any adjustment for leisure, domestic production, black market activity, distribution of goods (if a leader gets 90% of the goods, while the rest of the country barely gets by), or the cost of pollution.

That’s why Eisler is working with an international team of economists and academics to develop the Social Welfare Index (SWI), a comprehensive measure of the economic value of work to protect people and nature. Once again, aligning with the same mission of The Chalice and the Bladeâ€”To close the gap around missing dataâ€” SWI’s goal is to support policies that increase social justice and cultivate an equitable society.

To ensure his work is integrated into mainstream conversations, Eisler wants to see him reach out to evolving technologies, including AI.

â€œI hope we will get together with representatives of AI, as well as other tech experts to introduce this framework and ask them a very simple question: ‘how would you program AI and other technologies if you had to use a partnership framework rather than the domination framework? ‘ Â», She shares. â€œThe first way to do this is to pay attention to families. Because in domination, it is no coincidence that highly authoritarian regimes focus on preserving a strictly male-dominated and highly punitive authoritarian family.

Expanding our stories and language

Family building is found in many areas of society, including our stories and language. Of course, Eisler also wants our stories and words to be adjusted to promote and reflect the partnership.

Regarding the possibility of the world adopting the language of partnership, Eisler says, â€œOur language is so limiting. Think about matriarchy and patriarchy. These are really two sides of a dominance coin, aren’t they? Either mothers rule or fathers rule. There is no alternative to partnership.

In a time when people are fighting for equality – and by that I mean today – having a partnering alternative in our language, our stories, our technology, our households, our government and our economic systems shouldn’t simply be an option. My thoughts are that he should be the gold standard. Equality means more than equal rights. This means shared responsibility, as well as caring for and educating people and the environment, which makes partnership possible. It’s a world I believe most of us want to live in. How lucky are we that Eisler created a plan for us to create?

To learn more about Riane Eisler and the partnership, visit the Center for Partnership Systems website here.