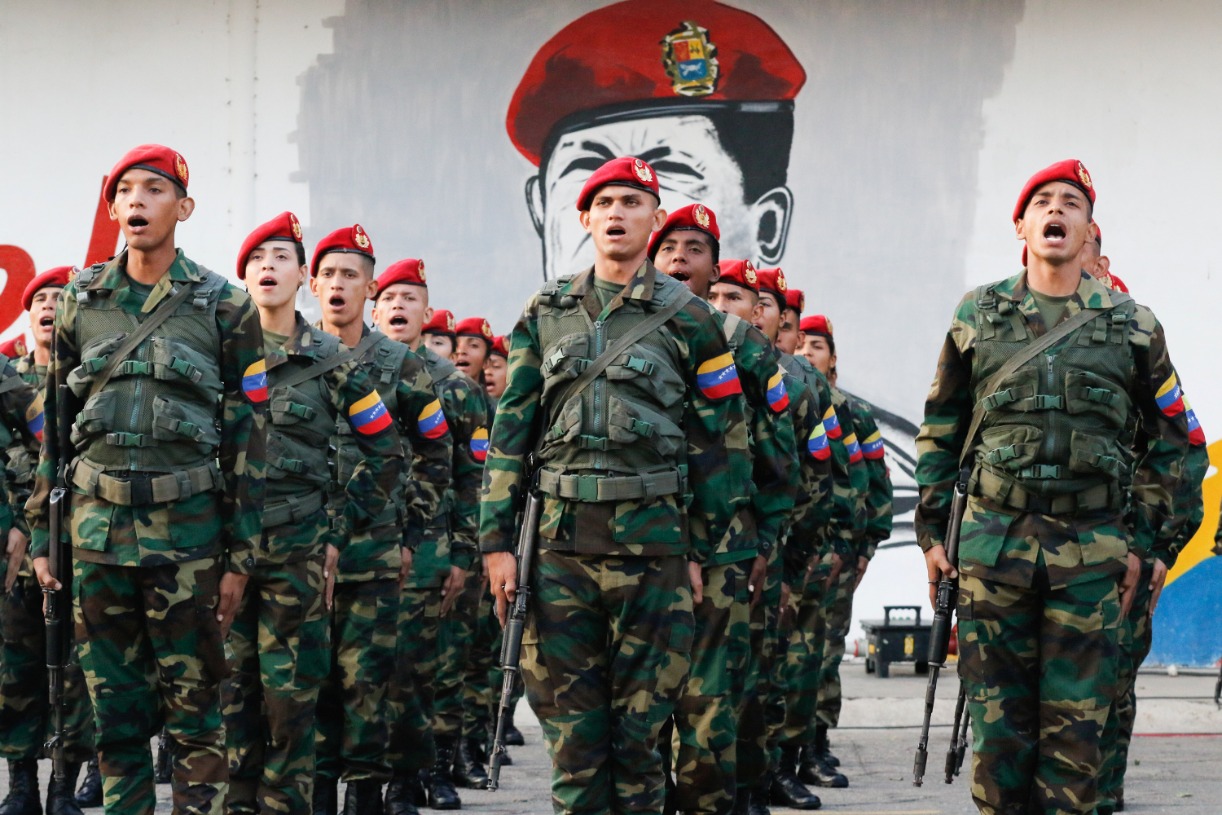 Will the lie of the success of socialism ever die?

After every socialist experiment without exception has failed over the past 100 years, it should be clear that the last thing the world needs is new. But as memories of the collapse of real-world socialism in the Soviet Union and Eastern Europe fade, socialist thought is experiencing a renewed renaissance. One of the most respected contemporary leftist philosophers, Slovenian Slavoj Zizek, shamelessly pleads for a â€œnew communismâ€ in his 2021 book, A left that dares to pronounce its name. He calls for the rehabilitation of the whole line of anti-liberal thinkers of a “closed” society, starting with Plato. He continues: â€œWhat is needed is a re-politicization of the economy: economic life must be controlled and regulated by the free decisions of a community, and not by the blind and chaotic interactions of market forces which are accepted as an objective necessity. He then writes: â€œWhat we need today is a left that dares to pronounce its name, not a left that shamefully covers its core with a cultural fig leaf. And that name is communism. The left, he argues, should finally abandon the socialist dream of a more equitable and â€œjustâ€ capitalism and adopt more radical â€œcommunistâ€ measures. As a clearly formulated objective, he proposes that “… the opposing class must be destroyed”.

Zizek praises the “greatness of Lenin”, which lies in the fact that after the seizure of power by the Bolsheviks, he remained faithful to his socialist principles, even if the conditions did not exist for a real “construction of socialism” . According to the theories developed by Karl Marx and Vladimir Lenin, “socialism” is a necessary transitional stage until the final goal of communism is achieved. Zizek proposes to reverse this sequence and directly target communism, which should then evolve or regress towards socialism. According to Zizek, the â€œGreat Leap Forwardâ€ of the late 1950s under Mao Zedong offered an opportunity to â€œbypass socialism and enter directly into communismâ€. Obviously, Zizek relies on his readers unaware that this greatest socialist-communist experiment in human history resulted in the deaths of 45 million people.

To rule and “improve” capitalism?

Few are as radical, or as open, in their formulations as Zizek. Many contemporary anti-capitalists have stopped talking about the need to abolish capitalism and have started calling for it to be â€œruledâ€, â€œreformedâ€ or â€œimprovedâ€. Capitalism is portrayed as a wild animal (“predatory capitalism”) that must be “tamed”. Intellectuals are constantly imagining new concepts to â€œimproveâ€ the economic system or limit its â€œevilsâ€. Intellectuals who believe they can design an economic system on the drawing board suffer from the same illusion as those who think they can artificially “build” a language – but they still insist that it must happen in the first place. service of “justice” or “equality”. “

The most recent example is the French economist Thomas Piketty. In his much appreciated work The capital in the 21st century, he pointed out:

I belong to a generation which grew up listening to the news of the collapse of the Communist dictatorships and never felt the slightest affection or nostalgia for these regimes or for the Soviet Union. I was vaccinated for life against the conventional but lazy rhetoric of anti-capitalism, some of which simply ignored the historic failure of communism and much of which turned its back on the intellectual means necessary to go beyond it.

At first glance, this all seems pretty harmless. However, Piketty is a radical anti-capitalist and a defender of socialism, as he demonstrates in his latest book, Capital and ideology. In a typically constructivist way, he imagines an ideal social and economic system, which he calls “participatory socialism” (to distinguish it from real socialism in the real world which has failed miserably in twenty-four attempts). He is absolutely right to call his system “socialism”, because it is essentially about “transcending the current system of private property”.

Specifically, Piketty’s vision includes the following: Every young adult should receive a large sum of money as a gift from the state by the age of twenty-five. This would be financed by a progressive tax on private wealth, which would amount to 90% on the largest fortunes, and inheritances, which would also be taxed at 90%. Of course, Piketty also offers an income tax that is also high, also reaching a maximum of 90%. And it would also apply that same tax rate to dividends, interest, profits and rents, etc.

In order to ‘transcend’ private property, Piketty calls for an approach to the regulation of joint stock companies that at first glance would appear to echo the German system of co-determination, which grants workers’ representatives half of the seats on the supervisory board. from a company. However, according to Piketty, this approach has “limits”, including the fact that shareholders have a casting vote in the event of a tie. If Piketty was successful, he would remove this “limitation” by severing the link between the amount of capital invested in a business and the shareholder’s economic power in the business. He suggests that investments beyond 10 percent of a company’s capital should obtain voting rights corresponding to only one-third of the amount invested.

Of course, Piketty is clear that the owners would be leaving such a country in a hurry. To combat this, suggests Piketty, the government should introduce an “exit tax” (of, say, 40 percent). Indeed, it would erect a “fiscal wall” to prevent entrepreneurs and other wealthy people who have no desire to live under Piketty’s “participatory socialism” from leaving the country.

The example of Piketty proves it: attempts to “improve”, “correct” or “reform” capitalism which at first glance seem harmless will always result in pure socialism and a total lack of freedom. The only difference between Piketty’s proposals and conventional socialism is that, according to his model, private property would not be nationalized all at once by order of a single ruling party, but the same goal would be achieved over several years. through changes to corporate and tax laws.

A failed idea that never dies

In his book Socialism: the failed idea that never dies, the German-British economist Kristian Niemietz cites more than two dozen socialist experiments, which, without exception, have ended in failure. In his Lectures on the philosophy of history, the German philosopher Georg Wilhelm Friedrich Hegel estimated: “But what experience and history teach is that peoples and governments have never learned anything from history, nor have acted according to the principles which are deduced from it. This judgment may be too harsh, but it is clear that many people are unable to generalize about historical experiences.

Before capitalism, a large majority of the world’s population lived in abject poverty. In 1820, this was the case for 90% of the planet’s population. Today that figure is less than 10%. And perhaps the most remarkable feature of this decline is that, over the past few decades, since the end of communism in China and other countries, the rate at which people have been rescued from poverty has accelerated. more than in any previous period in human history. In 1981, the rate was still 42.7%; by 2000 it had fallen to 27.8% and by 2021 it was only 9.3%.

Even after the collapse of most socialist systems in the early 1990s, attempts are regularly made somewhere in the world to implement socialist ideals. â€œThis time,â€ say the Socialists, â€œwe will do better. The most recent case is Venezuela, and again, a large number of intellectuals in Western countries such as the United States and Germany have been delighted by the experience of implementing “socialism of the world.” 21st century â€.

Sarah Wagenknecht, a prominent member of Germany’s largest leftist party, Die Linke, hailed Hugo ChavÃ©z as a “great president”, a man who dedicated his life to the “struggle for justice and dignity”. She thanked ChÃ¡vez for showing the world that â€œan alternative economic model is possibleâ€. ChÃ¡vez also had many admirers among left-wing intellectuals in the United States, with the late Tom Hayden proclaiming, â€œIn time, I predict, Hugo ChÃ¡vez’s name will be revered by millions. Princeton professor Cornell West also declared himself a fan: â€œI love that Hugo ChÃ¡vez has made poverty a top priority. I wish America would make poverty a priority.

The consequences of the Venezuelan experiment, like all previous large-scale socialist experiments, have been disastrous. And leftist intellectuals around the world insist on telling us exactly the same things they have been saying for 100 years in the wake of every catastrophic socialist experience: â€œThis was not real socialism. Next time, therefore, things will surely turn out differently.

Rainer Zitelmann is a historian and sociologist and author of The power of capitalism.

2021-11-12
Previous Post: Capitalism needs to be remade | Canada’s National Observer: News and Analysis
Next Post: Letter from over 200 academics: Our economic system is incapable of dealing with the climate crisis