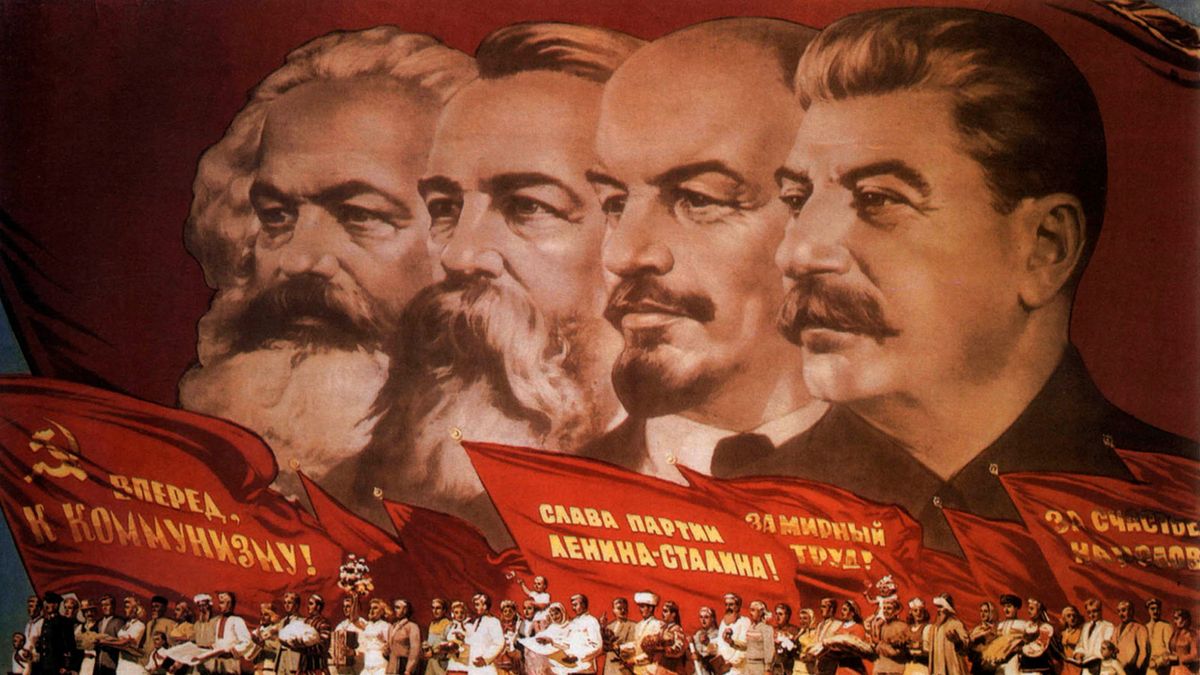 What is the difference between socialism and communism?

The Soviet Union was the first communist country in the world, so why was its official name the Union of Soviets? Socialist Republics (USSR)? Are socialism and communism really the same thing?

Yes and no, says Norman Markowitz, a history professor at Rutgers University who has taught a course on the history of socialism and communism for the past 40 years.

“The ‘Communist Manifesto’, published by Karl Marx and Friedrich Engels in 1848, became the foundation of both socialism and communism,” says Markowitz, but there are clearly differences between authoritarian communist regimes like the Soviet Union. and China, and much more democratic regimes. forms of socialism practiced in countries such as Sweden, Canada and Bolivia.

To understand the differences between socialism and communism, you have to start with their common enemy: capitalism.

Marx and Engels considered all of human history to be a “history of class struggles”. In ancient Rome there were patricians, plebeians and slaves. In feudal societies there were lords, apprentices and serfs. By the 18th century, political and economic revolutions in England, America and France had abolished feudalism and replaced it with capitalism.

“In the 1820s and 1830s, capitalism had produced a world of progress and poverty,” says Markowitz, meaning that the industrial revolution and the creation of market economies had largely benefited the wealthy classes, who owned the factories and farms (the “means of production”), while leaving the average worker even worse off than the feudal serf.

Marx and Engels divided the modern world into two classes: the bourgeoisie who owned the means of production and the proletariat or working class. Capitalism, with its emphasis on cheap labor, had created an ever-widening chasm between the bourgeoisie and the proletariat, a problem that could only be solved by completely dismantling the political-economic system that had created.

The rise of socialism

What is important to emphasize is that Marx and Engels were not the first to have these ideas. They were the latest in a long line of economic and political theorists who all identified as socialists.

Socialism as a movement began in the early 19th century with thinkers like Henri de Saint-Simon, Robert Owen and Charles Fourier. Disgusted with the inequalities created by capitalism and competition, early socialists proposed the creation of workers’ collectives with shared ownership of property, farms and factories.

“From the 1820s to the 1840s there were various different socialist movements that attracted alienated workers, farmers and intellectuals,” says Markowitz, “and all sorts of plans and programs to establish socialist collectives.”

Owen, a wealthy Scottish industrialist, even founded such a community called New Harmony in Indiana in 1825, which ultimately failed.

Socialism, then as now, advocates cooperation rather than competition, opposing an unrestricted market economy. In a socialist system, citizens pay high income taxes in exchange for free access to government-run programs and services. In some socialist models, all industries and all means of production are owned by the state, while other models allow private ownership of publicly controlled enterprises in certain sectors such as health, energy, education and transport. The goal of socialism is to create a more equal society.

Marx and Engels were fierce critics of early “utopian” forms of socialism which were “doomed to failure”, in their own words, because they were based on the naïve belief that class struggle could be resolved by peaceful means.

“Marx and Engels believed that the struggle between the bourgeoisie and the proletariat would eventually create a crisis in which the capitalist system should be abolished and replaced by a socialist system,” says Markowitz. “It would not be a utopian system, but a system in which the working class would have political power.”

“The Communist Manifesto” was a socialist call to arms. In it, Marx and Engels argued that the only way to end the class struggles that had defined history was through a socialist revolution. After the revolution, society would be ruled by a “dictatorship of the proletariat”. Under capitalism, the bourgeoisie ran the show, but a worker-led government would put the interests of workers first, not those of a wealthy elite.

From Marxism to Leninism

For Marx and Engels, communism was the most advanced form of socialism. They saw the evolution of advanced societies as beginning with capitalism, moving on to socialism, and finally reaching the ultimate goal of communism. Under the rule of the proletariat, the communists would abolish private ownership of land, farms and factories and hand over all control to the state. Housing, medical care and education would be free and every worker would have a job.

In a way, Marx and Engel’s vision of a truly communist society was also utopian. They believed that at some point the state itself would cease to exist and the workers would simply share everything. As Marx so aptly put it: “From each according to his ability, to each according to his need”.

“At this higher stage of communism there would be general equality and general plenty,” says Markowitz. “People could do whatever they want without harming others. They would truly be free.”

But Marx and Engel’s version of revolutionary socialism, also known as Marxism, was never really put into practice. Instead, the world’s first communist revolution happened in an unlikely place, Tsarist Russia, and its political mastermind was Vladimir Lenin.

Under Leninism, all power was in the hands of a political elite who controlled all aspects of Soviet economic, cultural and intellectual life with the aim of creating a more equitable socialist society. In reality, Leninism slid towards authoritarianism and totalitarianism with violent repressions against dissent or opposition.

The ideas advanced in “The Communist Manifesto” have inspired generations of political thinkers and economic theorists. Some of these individuals formed socialist political parties to gain power by democratic means, while others, like Lenin and Mao Zedong, launched communist revolutions. The result today are countries and governments that identify as either socialist or communist or both!

“While the traditional liberal model of democracy emphasizes only individual liberty, the social democratic model, according to its proponents, emphasizes both liberal and egalitarian ideals,” wrote John Patrick in “Understanding Democracy, A Hip Pocket Guide”. Critics of democratic socialism, he added, would argue that “affirmative action by the state to provide egalitarian social programs requires extensive redistribution of wealth and excessive government regulation of society and the economy. “. This, in turn, would downplay the principles of individual liberty.

It is important to point out that in democratic socialist countries, private corporate ownership and free market capitalism are also allowed to exist. And although socialist parties are currently in power, they are not one-party governments. Other political parties are allowed to campaign and stand for election.

This is not the case in so-called communist countries like China, Cuba and Vietnam, nor was it true in the former Soviet Union. These nations are one-party regimes where the authority of the Communist Party is unchallenged and the party chooses government officials, not the people. If there is no real democracy in these countries, capitalism has made important inroads, especially in China and Vietnam.

Meanwhile, just to keep things confusing, all of the countries we call “communists” still consider themselves socialist, just different flavors of socialism.

“China is developing its own model of socialism which is very different from the Soviet Union,” Markowitz says. “The Chinese model keeps power in the hands of a Communist Party-controlled government, but it has also created a capitalist sector that has become the second largest economy in the world over the past 40 years.”

2021-10-20
Previous Post: Readers’ Forum, October 20, 2021: Socialism will destroy America | Letters to the Editor
Next Post: TEXAS VIEW: Who is a socialist now? What happened to capitalism?