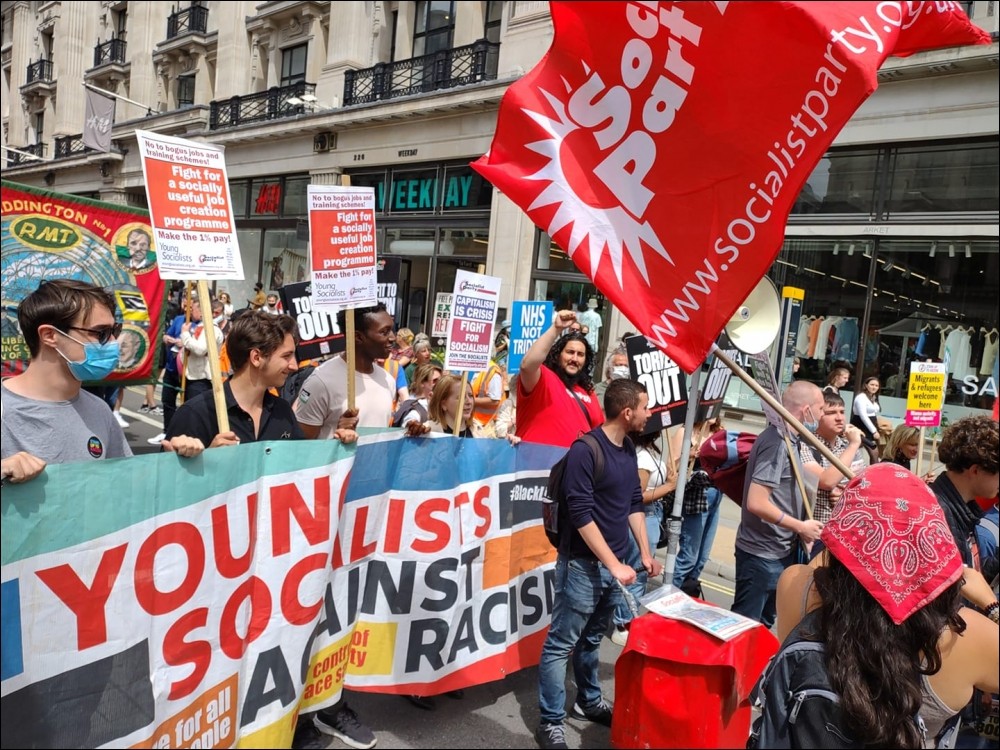 From The Socialist newspaper, September 15, 2021

Join the Youth Fight for Jobs protests on October 9

There are massive attacks on young people on the immediate horizon. The end of the increase in universal credit, scheduled for the end of September, should hit young people harder. Rents outside London continue to rise and the Conservatives’ national insurance hike shows they want to make workers pay.

With 20% of employers planning layoffs after the leave, youth unemployment is expected to rise. It is totally unacceptable. We must not make workers and young people pay for the disease of capitalism. A determined response is needed.

That’s why Youth Fight for Jobs (YFJ) marches are taking place in 13 different cities on October 9, to coincide with the end of the holidays. During these marches, young workers, students and trade unionists will mobilize to make people understand that it must be the super-rich, and not the working class and the young, who are paying for the Covid crisis. Demands raised will include calls for rent and social housing controls, a minimum wage of Â£ 12 an hour as a first step to Â£ 15, and proper training, under union control, with full pay and guaranteed employment. at the end.

Many YFJ marches already have the formal support of local professional councils and union branches, and the nationwide campaign has won the support of seven unions. In Merseyside we recently won the support of the remaining members of the heroic ‘Liverpool 47’, the Socialist Labor advisers who challenged Thatcher in the 1980s.

The solidarity shown by the â€œLiverpool 47â€ to the YFJ campaign crosses the efforts of capitalism to drive a wedge between the younger and older generations of the working class. A new generation of class fighters in the YFJ campaign should regain courage and take over the class struggle – and begin to wage our own fight against capitalism.

Unions are potentially the most powerful force in society: the organized working class. It is for this reason that the YFJ is fighting fiercely for unions to lead a coordinated response to the youth employment crisis, and for a future with decent jobs and wages.

Join Youth Fight for Jobs in this fight, to help us free ourselves from low wages, poverty and the exploitation of capitalism.

Take wealth from the super-rich to fund: NHS and social care, wages and benefits go up

On the front line, and still fighting for the NHS

We need a new political party for workers and youth

What is behind labor shortages and what can be done to address them?

Climate change, capitalism and the struggle for socialism

Back to campus: students must stand up and fight

Save jobs and services – nationalize rail

Weetabix – workers have had enough

Hands off the increase in universal credit

Unite young and old to defend the triple lock of pensions

Putting socialism on the map in Chichester

Claiming pride in protest in Nottingham

Fight Fund Goal Met: Help us continue to raise our banner and program

Nuclear Madness: A New History of the Cuban Missile Crisis