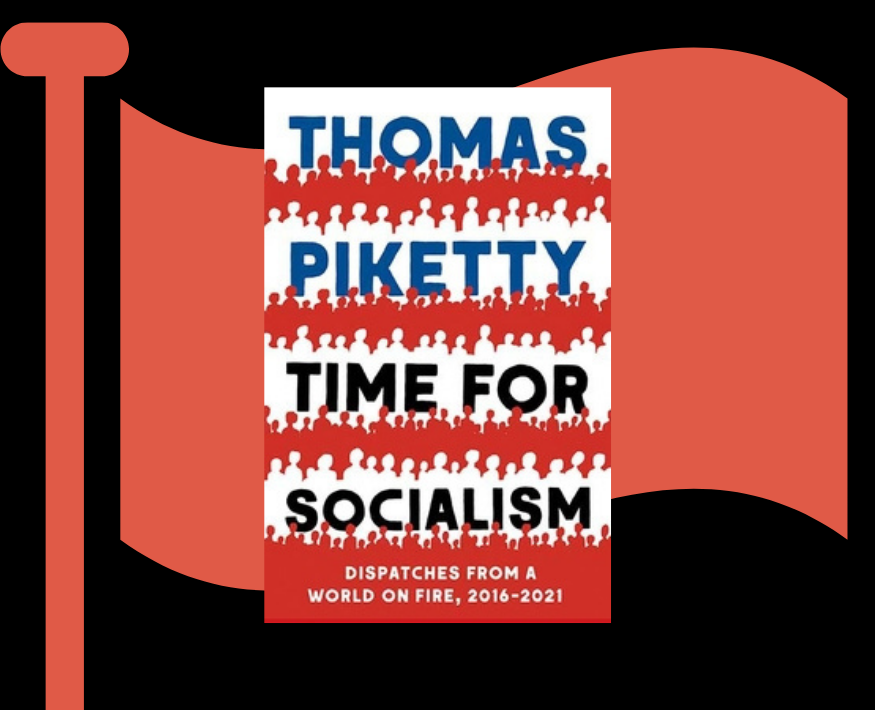 Thomas Picketty: “The hour of socialism”

“If someone had told me in 1990 that I would publish in 2020 a collection of articles entitled Long live socialism! in French, I would have thought it was a bad joke,” said Thomas Picketty.

Having witnessed the collapse of regimes in Eastern Europe and the Soviet Union, which claimed to represent “real socialism”, Picketty, a French economist, The world correspondent and author of the book 2014 Capital and the 21st centurycalled himself a pro-capitalist liberal.

However, in 2021 Picketty’s politics have changed to the point where he argues for socialism in his latest book, Time for Socialism: Dispatches from a World on Fire, 2016‒2021.

In reaction to the global financial crisis of 2008-2009, Picketty became increasingly disillusioned with what he calls “hyper capitalism“. In 2020, he describes himself as a democratic socialist, advocating for a new way to move beyond capitalism, winning elections to implement progressive taxation to tackle the wealth gap and the climate crisis.

These essays come at a time when we have seen the rise of the far right, the Brexit referendum, the election of leaders such as Jair Bolsanaro, Donald Trump and Boris Johnston, the rise of Emanuel Macron to the French presidency, in pursuit of the climate crisis and the global pandemic of COVID-19.

Although in favor of the welfare state and educational equality, Picketty considers that this is not enough to address the inequalities that have plagued the world for the past 40 years or more. Picketty advocates measures such as changing power relations, starting with greater worker representation in governance and the sharing of corporate wealth.

It is essentially about post-World War II social democracy, where the social democratic parties, in coalition with the trade unions, imposed major concessions on the ruling class and came to power to implement implement policies guaranteeing full employment and broad social benefits.

In the United States, the legacy of the Great Depression and the New Deal also meant postwar policies that left capitalists with less power and wealth than before. As a result, between 1945 and 1973, Europe, the United States, and elsewhere in the West became less economically unequal.

However, this inequality never completely disappeared and the power of the capitalist class remained. From 1973, corporations and the capitalist class began to take back these concessions. More importantly, in the context of the Cold War, the decline of the Soviet Union meant that Western governments felt less need to make concessions to workers, even the social democratic parties moving to the right in the 1980s .

Picketty believes in the need to turn away from what he calls the ideology of “absolute free trade”, in favor of “a model of development based on explicit and verifiable principles of economic, fiscal and environmental justice”. , made possible by left-wing parties gaining power through the ballot box.

Ultimately, even in the immediate postwar decades, there are countless examples of American and British imperialism backing right-wing coups against reformist governments they saw as threatening their interests, such as Iran (1953), Guatemala (1954) and Chile (1973). ).

Furthermore, in more recent times, when left-wing leaders such as Jeremy Corbyn and Bernie Sanders have won or challenged leadership in their respective center-left parties, they have found themselves subject to all sorts of outside sabotage. (and from within) by the capitalist class. and party bureaucrats hostile to their visions of change.

Ultimately, while The time of socialism addresses many of the problems facing our world and offers decent solutions, Picketty’s reformism ignores the fact that unless we break the power of the capitalist class and the structures that sustain it, we can never truly overcome persistent economic inequality, the climate crisis, the COVID-19 pandemic and the rise of the far right.