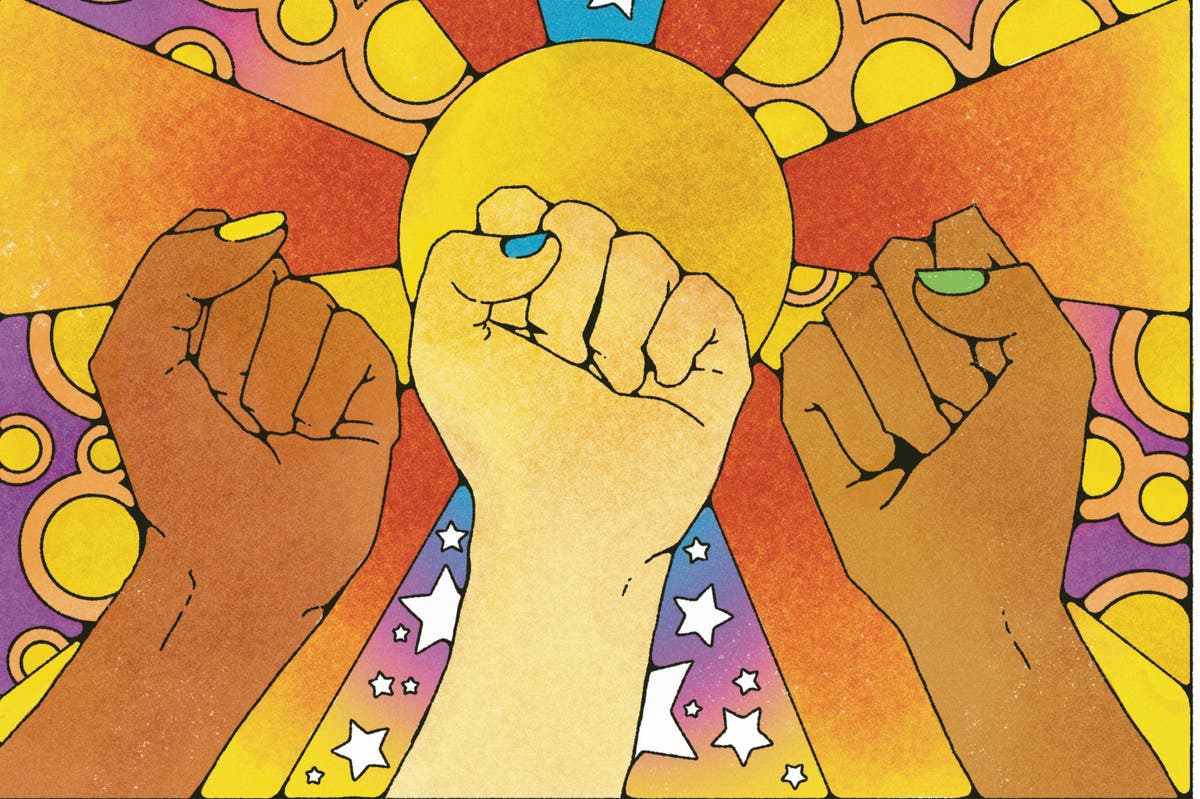 The Rise of Gen Z Socialism

My sister studied economics but she never read Marx or Engels,” says Berkay Kartav, 24. The co-ordinator of the London Young Socialists (a branch of Britain’s Socialist Party) sips black tea at Vagabond on Holloway Road. “It just goes to show that mainstream economics, as taught in universities, doesn’t give people the full picture.”

Kartav grew up in Enfield, where her parents, who arrived in the UK from Turkey in 1990, still run a cafe. It was not a particularly politicized household, he tells me, which perhaps explains why, while he is a staunch anti-capitalist – committed to the overthrow of capitalism, which he sees as a grossly unjust economic system – her older sister works for a bank. “Capitalism just doesn’t offer a future for the vast majority of us,” he explains (hearing us, a man in rimmed glasses and a tie looks dismayed), “but I don’t don’t really talk politics with my sister”.

It’s a bold opinion but not unpopular – at least not if you’re under 35. In the UK, a study by a think tank at the Institute of Economic Affairs (IEA) found that 67% of 16-34 year olds would like to live in a socialist economic system. It is therefore not surprising that socialist discourse is currently occupying an increasingly important place in Internet culture. Meme accounts such as @sluttyforsocialism spread ironically observed messages about class consciousness and capitalist exploitation. TikTok’s resurgence of Soviet-era art and symbolism has made communism, well, cool. And this month, the online furor sparked by über-influencer Molly-Mae Hague provided insight into the staggering number of young people in their twenties who now know about Marxist theory and where they are directing their attention.

When a video surfaced of the 22-year-old telling Steven Bartlett, host of The Diary of a CEO podcast, that “everyone has the same 24 hours in a day…if you want something bad enough , you can achieve it”, she was quickly labeled a Thatcherite. “Capitalism thrives on the idea that we can achieve anything we want if we work hard,” wrote one commenter on Instagram. “Unfortunately, there are too many examples where this is simply not true.” People agreed by the hundreds of thousands, while a series of internet takedowns plagued the influencer industry as greedy and rapacious – essentially the “Thatcherite poison” proliferated.

Debate rages over the impact of online sentiments on real-world politics (left-wing sentiments in particular – right-wing radicalization with its links to violent and racist extremism has long been a bigger concern) . After all, the Conservatives – a staunchly pro-capitalist party – won an election by a landslide less than three years ago. As IEA study author Dr Kristian Niemietz points out, “The Corbyn Project” (as he calls Jeremy Corbyn’s bid for power) was both “a cause and a consequence of socialist revival “.

Corbyn, a self-identified socialist, campaigned on a manifesto that included the nationalization of key industries (the railways and the big six energy companies among them) and the building of 100,000 council houses a year. “And he approached power,” says Niemietz. “It’s entirely possible that a character similar to Corbyn will return.” For Niemietz – a pro-capitalist liberal liberal – a socialist system would be a disaster. “A large portion of young people seem to support an economic system that, time and time again, has proven ineffective. One that historically has not provided the standard of living we expect today. Look at Venezuela, Cuba, that’s not a good sign.

Interestingly, while they may not agree on much else, people from all political walks of life seem to agree that a sluggish economic climate – which particularly affects young people – galvanized the under 35s. “Why shouldn’t young people be socialists? asks Laura Cunliffe-Hall, chair of Young Fabians – the under-31 section of Britain’s oldest left-wing think tank, the Fabian Society. “Many don’t have access to capital, so a system that redistributes wealth more equitably is clearly attractive.”

Moya Lothian-McLean, the 26-year-old political editor of the left-leaning publication Gal-dem, agrees. “The majority of gig economy workers are between the ages of 18 and 25 and do not earn a living wage. There is a housing crisis that disproportionately affects those under 35 [meaning that, without significant help from parents, many are barred from home ownership]; going to college is now very expensive – leaving those who do so heavily in debt and often with lousy degrees that mean nothing in the graduate market.

Despite being at the other end of the ideological spectrum of the two, Niemietz makes a similar point: “The cost of housing is clearly one of Britain’s biggest social problems – certainly if you have less a certain age.” The sum total of all this seems to be that the social mobility of younger generations has stagnated. “Clearly, social mobility is not some sort of silver bullet,” Lothian-McLean points out. “But I guess for my mother’s generation, the opportunity to [economically] upper level was there. For mine, it is not, certainly not to the same degree.

She and Niemietz differ, of course, on how to rebalance. For Niemietz, it’s about tweaking individual policies — “to look at the causes of expensive housing, for example” — rather than overthrowing the entire economic system. Lothian-McLean, however, echoes the sentiments of many of her generation when she argues that trying to fix a broken system one policy at a time seems naive. “The promise of socialism, as I see it, is that you can live a comfortable life regardless of your class.” Not everyone necessarily wants social mobility “but everyone should be able to live with dignity no matter what”.

Politically, she doesn’t classify herself as a socialist, not like Kartav is, at least. But she campaigned for Corbyn in the last election and can understand why so many of her generation, who grew up in an era of austerity, are disillusioned. Yet the fact is that Corbyn lost by landslide. “When I was campaigning, you just couldn’t convince people that a more socialist system was possible, that it was a fully costed program. People didn’t believe things could get better. It’s been like that since Thatcher; you know that “free market” basically meant removing [government support] and let people fend for themselves. A few decades later, we live in a truly individualistic society, where the politics of scarcity governs the mindset of most people.

“Why shouldn’t young people be socialists? Many do not have access to capital, so a system that redistributes wealth more fairly is clearly attractive”

Of course, not everyone who considers themselves a socialist is focused on class politics. Leony, 19, grew up in Crouch End. His parents – a banker and a lawyer – were “socially liberal but politically still elected conservatives, even in the early 2000s, when it wasn’t cool at all”. She says the fact that she was born in this millennium “in the shadow of this enormous global disaster” means that “morally speaking” she feels she cannot vote for a pro-capitalist party. “Knowing what we now know about the climate – and how industrial agriculture and mass production are bringing us to the brink of ecological collapse – it is difficult to support a system that would allow the status quo to continue.”

In the IEA study, 75% of respondents said the climate emergency was “specifically a capitalist problem”. Simon, 18, who grew up in Hackney where he still lives with his father (a social worker), says it is not possible to disentangle climate action from social equity. “A fairer society and a better world for all species go hand in hand, right?

The thread of eco-grief that runs through modern pro-socialist sentiment alludes to one reason why the old adage – “if you’re not a liberal at 25, you have no heart, if you are not a conservative at 40, you have no heart”. brain’ – is no longer confirmed. “The world we live in today is completely different from the world that previous generations lived in,” says Leony. “We know our resources are not infinite – we cannot continue to consume as we have. We need a new system. Even Niemietz says it is unrealistic to think that young people will “break out” of their socialist views. Despite this, he does not yet predict a revolution. He argues that the opinions of many who call themselves “socialists” or “anti-capitalists” online are “mixed.”

This is certainly not the case for Kartav, however, who spends most weekends with other members of the London Young Socialists – a diverse group that includes doctors, teachers, hotel workers and journalists within its ranks – campaigning at various sites in south London. They usually set up a trestle table and hand out leaflets calling for a higher minimum wage and fairer pay for NHS staff. “We get good responses when we run booths,” he says. “Who would oppose a fairer minimum wage? Who doesn’t want NHS workers getting a 15% pay rise or youth services being fully funded? Why would anyone disagree with these basic things that will surely improve the lives of many people? »

There are times, however, when passers-by aren’t interested in hearing about the politicians – “they’ll come and say they’re pro-capitalist, because they want to have an argument about it.” It’s usually because they’re taking advantage of the system. Maybe they own their house, they have a good job, they don’t understand the struggles of working-class and middle-class people…’ I suspect the man in the tie would be one of them. “We just take a step back with respect. It’s an important message that we are spreading, but I wouldn’t fight over it,” laughs Kartav.