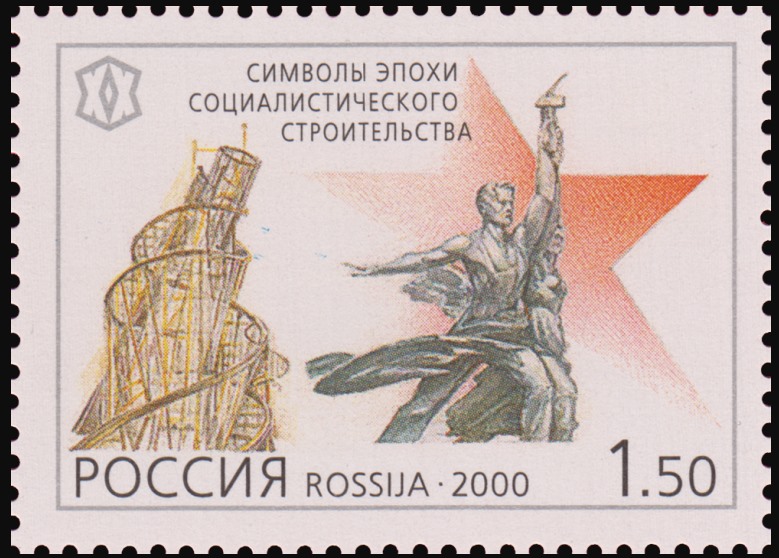 the great monument to socialism that has never been

In 1920, Russian architect Vladimir Tatlin proudly unveiled the very first wooden model of the Monument to the Third International. The building, which would serve as the new and improved headquarters of the Comintern, was to be constructed in the city of Petrograd, present-day St. Petersburg. Communist Party officials who came to examine it expressed mixed opinions. Leon Trotsky said the Tatlin Tower, which would have eclipsed the Eiffel Tower in size, was “impractical and romantic”. His accomplices, Vladimir Lenin and Anatoly Lunacharsky, were a little more enthusiastic; in front of them stood a visual representation of the communist utopia they were trying to create.

In order to appreciate the boldness of Tatlin’s design, one must first understand its historical context. Three years earlier, the Bolshevik revolutionaries had staged a coup that had transformed Russia from a parliamentary democracy into a dictatorship of the proletariat. But as the country became a one-party state, its people were far from unified. Tsarist sympathizers, known as “Whites”, plot to resettle what remains of the Romanov dynasty. Other socialist organizations, sidelined by the Bolshevik seizure of power, also resisted. A murderous civil war ensued, and while the Bolsheviks emerged victorious, their rule remained fragile. In order to truly gain the trust of the people, they needed propaganda capable of instilling a new sense of national pride.

To achieve this, the Communist Party implemented what historians now call a monumental propaganda program. Based on a series of pamphlets and speeches by Lenin, this program sought to replace the memorials erected in honor of the Tsar with shrines dedicated to Marxist-Leninist philosophy and the new form of government that had been built around of her. As stated in the Great Soviet Encyclopedia, a typical Soviet monument functioned as â€œa propaganda vehicle in the struggle for the victory of a new system, for the enlightenment and education of the popular massesâ€. Tatlin was the person in charge of this program. He was a good choice.

Tatlin began her career as a painter. He mainly painted icons for churches of the Orthodox Christian faith, but was ultimately disappointed with the religious symbolism. Frustrated with the limits of visual art forms and eager to do something that would have a direct impact on people’s lives, he developed an interest in architecture. Along with Kazimir Malevich, another painter and creator of the famous Black Square, Tatlin was a key figure in Russian Constructivism – a forward-looking cultural movement that informed every aspect of the buildings Tatlin presented to his superiors. Of these, Tatlin’s Tower was considered the cream of the crop. Unfortunately, it was never built.

Tatlin’s tower: its shape and function

Tatlin’s vision for the Monument was unlike anything the world had ever seen. With a planned height of 400 meters, the building was shaped like two intertwined propellers. These propellers cradled four distinct, suspended structures. The spaces inside had unique purposes and had different shapes. The first space, a cube located near the base of the structure, would have been reserved for courts, conferences and legislatures. Above the cube was a pyramid which could be used for executive party meetings. Above the pyramid was a cylinder that would have housed an information center disseminating information, statements and manifestos.

If completed, the Tatlin Tower would have been both a testimony and an expression of early Soviet ideology. The building, constructivist in its design, would have been entirely made from locally sourced materials. Where government buildings in capitalist countries were usually adorned with marble, ivory, and other expensive materials, Tatlin wanted his tower to be made from basic materials of Soviet industry and, as such, clad of particular importance to the working class. These included iron, steel, and glass. In an article written for the Slavic Review, Alexei Kurbanovsky noted that the structure, like the October Revolution itself, could be interpreted as a â€œFreudian refutation of father figuresâ€.

Tatlin Tower was designed at a time when Communist rule was still nascent and party leaders sought to establish a new, distinctly socialist identity through art. So far, Allison McNearney has written in an article for The daily beast, the Soviets had commemorated their past in much the same way that the Czars before them: through paintings and sculptures that depicted a particular person or a specific event. Tatlin’s tower was unique precisely because it was not representative. Rather than representing a single individual, the construction was aimed at a whole socio-economic class of people.

A once inspiring future

Despite minor criticism, Tatlin’s plans for the monument were met with enthusiasm by party officials. However, as the plans for its construction began to take shape, the Bolsheviks soon realized that the project was, as Trotsky had said from the start, more than a little too ambitious. So too ambitious, in fact, that it could never be completed. In his book, Russian experience in art, art historian Camilla Gray said post-revolutionary Russia would go bankrupt if it attempted to acquire the insane amounts of steel and iron needed to frame the tower.

That’s not even talking about the engineering feats Tatlin had incorporated into his design. Remember how the tower was actually made up of four separate structures suspended in the double helixes? Well, in Tatlin’s original design, each of them would have turned on its axes, completing a complete revolution in accordance with the importance of the institutions conducting their business within. The cube that contains the legislature would have performed a full rotation once a year. The pyramid above, housing the offices of party cadres, would have taken a month. The information center, located at the top, is said to have rotated once a day, offering a 360-degree view of Petrograd.

Although Tatlin’s Tower never materialized, it still made the strong impression its creator intended. Its design is considered an essential element of Russian constructivism – inspiring not only Russian designers, but also a whole series of modern architectural movements. The shape of the building became immediately recognizable, even to people who knew next to nothing about Soviet history. Perhaps it is thanks to contemporary artists who have incorporated his image into their own work. The statue of Ai Weiwei, The fountain of light, on display at the Louvre in Abu Dhabi, is essentially a carbon copy of the Tatlin Tower, although converted back to a chandelier.

Ironically, one discipline that the tower didn’t influence much was Soviet art. After plans for its construction were scrapped, party officials decided to take a new direction with their country’s cultural institutions. Where the pioneers of abstract music, painting, literature, and architecture initially fought alongside the Bolsheviks in their campaign to build a new world, they would soon be persecuted by Joseph Stalin’s secret police. During Stalin’s reign, the Soviet Union dubbed a style called Soviet Realism. Tatlin’s inspirational futurism was traded for conventional, representative art – work that made the reality of everyday Soviet life better than it actually was.