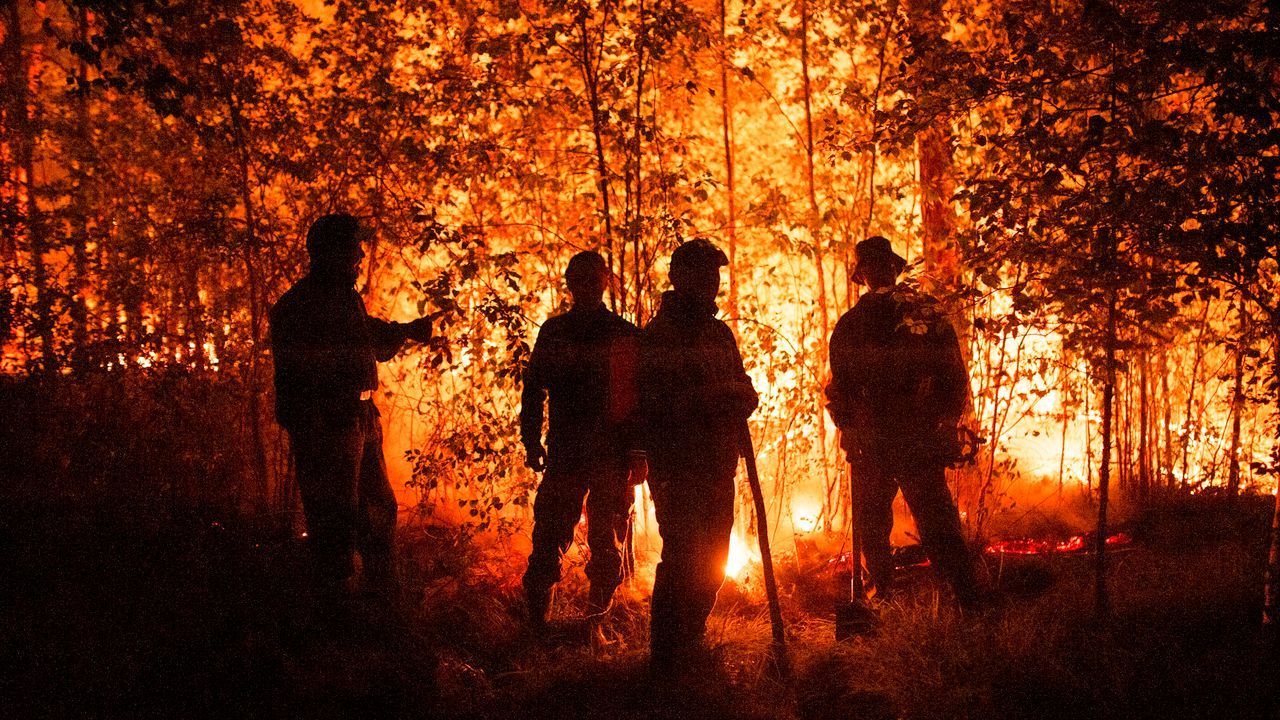 The Glasgow summit, climate change and the case for socialism

Heads of state, government ministers and thousands of other delegates from all corners of the world converge on Glasgow, Scotland for two weeks of climate change talks starting this weekend.

This year marks the 26th round of negotiations following the ratification by more than 190 countries of the United Nations Framework Convention on Climate Change, which was agreed in Rio de Janeiro, Brazil, in 1992. Over the 29 years of international talks that followed, capitalist governments produced one failure after another, leaving the world on a catastrophic course. This year’s session in Glasgow promises the same.

However, a lot has changed since the last negotiating session in 2019. The past two years have seen a series of climatic disasters intensify in all parts of the world, including massive forest fires from the Australian bush to the American West, devastating floods in Europe, Asia and the Americas, and deadly heat waves around the world.

Scientific advances have further strengthened our knowledge of climate change and its impact on humanity. The latest comprehensive report from the International Panel on Climate Change released in August confirmed that the effects are “widespread, rapid and intensifying, and some trends are now irreversible.” The world has already warmed by 1.2 degrees Celsius from pre-industrial levels. The inertia of the climate system effectively blocked a global temperature rise of 1.5 Â° C over the next two decades, if not earlier.

Neither the terrible warnings of scientists nor the consequences of extreme weather conditions have fundamentally altered the pathetic global response to climate change. The international paralysis in the face of the climate crisis is compounded by the absence of any global response to the pandemic. The Glasgow summit itself has been postponed for a year in hopes the delay would allow a collective response to end the mass death. Those hopes have given way to an even more dire year, with the global death toll more than doubling in 2021.

The main item on Glasgow’s agenda is to revise the greenhouse gas emission targets to which each country committed after the Paris agreement six years ago. These commitments are entirely voluntary and do not include any enforcement mechanism. Despite its toothlessness, the collective aspirations of Paris take the world far from the stated goal of limiting the increase in temperature to 2.0 C, not to mention the goal advocated by scientists of 1.5 C.

A United Nations Environment Program analysis released this week found that if countries can meet their current commitments, temperatures are expected to rise another 2.7 Â° C this century. The reality is even worse, however. Most countries have done far too little to switch to renewables, increase efficiency and implement other measures necessary to meet their insufficient targets. If current policies continue, the world will likely eclipse 3 Â° C of warming by 2100, a scale of change that calls into question the future of civilization.

The solution proposed in Glasgow is for governments to evoke new, more aggressive targets in line with less catastrophic warming trajectories. These objectives, however, remain entirely voluntary and lend themselves to cynical accounting tricks. Brazil, for example, has revised its 2005 emissions estimate upwards so that as a percentage it remains on track to meet its commitment.

The stark contrast between promises to quickly reduce carbon pollution and the reality of policies that maintain the fossil-fueled status quo is exemplified by the United States, which is responsible for more carbon dioxide in the atmosphere today than any other country. President Biden arrived in Glasgow on Friday with a pledge to cut greenhouse gas emissions to half of 2005 levels by the end of the decade and achieve net zero emissions by 2050. During that time, he is in the midst of negotiations with his own party to gut his infrastructure and social spending proposals. The funding remaining to tackle climate change stands at just $ 550 billion over 10 years, a fraction of what the country spends preparing for war in a single year. Most of this climate finance is devoted to tax gifts to companies.

Behind the false promises and postures on national commitments hide explosive national rivalries that permeate the Glasgow summit. For US imperialism, the shift in policy from the Trump administration, which withdrew from the Paris Agreement, to the Biden administration, which has joined it, does not reflect a shift towards international coordination for solve a catastrophic problem facing humanity. Instead, it is reopening a diplomatic front in the struggle for economic and geopolitical domination, aimed primarily at countering the rise of China.

Biden made this clear in a speech Thursday, in which he began by asserting his goal of “turning the climate crisis into an opportunity to put us on the path not only to compete, but also to win the economic competition of the 21st. century against China and all other countries in the world. “

His comments followed the recent release of a series of White House-commissioned reports on the implications of climate change for national security. National Climate Change Intelligence’s first-ever estimate sums up what Glasgow is at stake. “Geopolitical tensions are likely to increase as countries increasingly argue over how to accelerate the reductions in net greenhouse gas emissions that will be necessary to meet the goals of the Paris Agreement.” , notes the report. “The debate will focus on who has the greatest responsibility to act and pay – and how fast – and countries will compete to control resources and dominate the new technologies needed to make the transition to clean energy.”

Similar calculations are pursued by all imperialist governments, which are primarily motivated by an attempt to gain economic advantage for their native industries and strengthen their geopolitical position.

Meanwhile, the gulf between the actions of the governments plotting in Glasgow and what is needed to save humanity continues to widen.

This spring, the International Energy Agency, an intergovernmental advisory agency, released a roadmap for achieving a net zero global energy sector by 2050. The energy sector accounts for three quarters of global emissions from carbon. Such a trajectory is necessary to limit the warming to 1.5 C.

The report exposes that “a large number of unprecedented changes in all parts of the energy sector are expected to be made simultaneously, as the world tries to recover from the Covid-19 pandemic.” Over the next nine years, the following are needed:

Does anyone think that capitalist governments around the world can do this? The parties at the Glasgow summit cannot even agree to deliver on their grossly inadequate promises, let alone implement systemic transformation.

The pandemic has demonstrated the real priorities of the ruling class, even in the face of mass death. The appalling measures to combat public health were accompanied by massive central bank intervention in the crisis that erupted in the financial system in March 2020, freeing up virtually unlimited funds to support banks and finance companies. With markets temporarily stabilized, the priority has shifted to reopening the economy in most parts of the world. The virus was able to spread and mutate. Millions died as a result, with no end in sight. At the same time, social inequalities have reached obscene heights.

The fundamental challenges posed by the pandemic are the same as those posed by climate change. Just as the coronavirus knows no borders, neither does carbon dioxide. An effective response to the fundamental problems of our time must also transcend the national borders established under capitalism.

They require a massive reallocation of resources, directing social resources to meet social needs, not for private profit.

The huge investments required for a rapid transition to a renewable energy economy are impossible as long as the main levers of the economy are privately controlled and exploited in the interest of profit.

The inability to tackle climate change is not caused by humans in the abstract. It is caused by a particular social system, capitalism. The contradictions inherent in capitalism – (1) the division of an economically integrated world into rival countries and (2) socialized production alongside private ownership of the means of production – present an obstacle that we must overcome if we are to avoid catastrophic implications. of climate change. It requires a rational economic plan coordinated at the global level. It requires the struggle for socialism.

At its root, climate change is fundamentally a class issue. In what interest does the company operate? Capitalism, operating on behalf of a tiny but fabulously wealthy ruling elite, has turned out to be utter bankruptcy. The urgent task is to turn to the working class, the social force whose fundamental interests align with the reconstruction of society in order to meet social needs, and not to generate private profits.

2021-10-30
Previous Post: The COP 26 showdown: green capitalism against eco-socialism
Next Post: A strong Dalit political movement is essential for a vibrant democracy