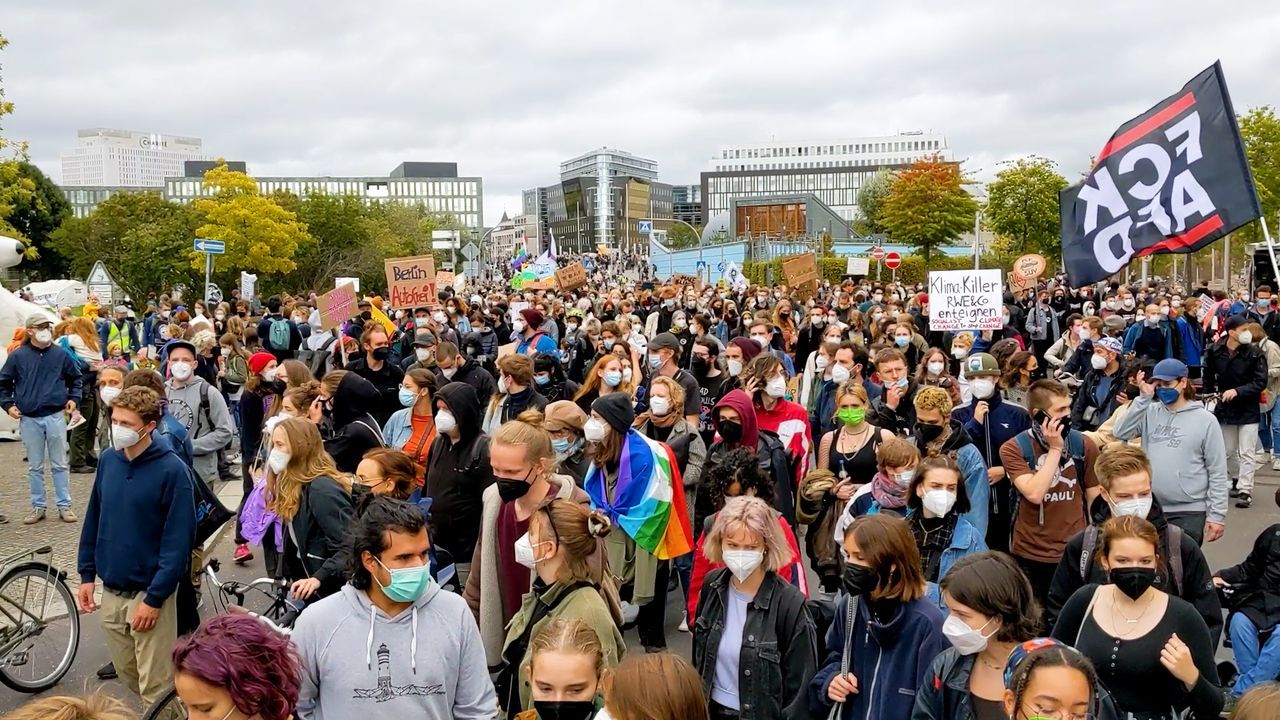 Strike for the climate: “Under capitalism, we cannot save the climate”

Fridays For Future, an international anti-climate change movement, called for protests around the world last week. In total, there have been 1,700 strikes and demonstrations around the world in more than 80 countries. In Germany alone, more than 620,000 people demonstrated in 470 cities. Members of the International Youth and Students for Social Equality (IYSSE) in Germany discussed their statement on the issue with the participants.

Many organizers hoped the protests would strengthen the position of the German Green Party in Sunday’s federal election, spreading the illusion that the party would be more receptive to pressure from the streets. But many ordinary participants were aware that there can be no solution to the climate issue within the capitalist system.

“All parties depend on the money and are therefore beholden to the terms of the money,” said a protester in Berlin. â€œThe workers have to fight for themselves because no one else is doing it for them, even though it is being said. It is not enough to appeal to politicians, said another. â€œPoliticians make so much money lobbying and working for big corporations. We are here to resist, to show what we can do.

â€œWe have to intervene quite heavily in the economy – the problem is where the most CO2 emissions occur,â€ said a participant in Stuttgart. â€œAfter all, it weighs on us already. For example, what happened in [the floods in] North Rhine-Westphalia or how hot the summers are, â€explained another. “And if so much has not been done by politicians so far, we just have to take to the streets,” she added.

Asked about the concrete measures to be taken, she replied: â€œIn the current state of affairs, probably the most radical possible. Parties already have something in their programs, but such compromises do not seem to work very well.

However, the measures taken by all the bourgeois parties are by no means sufficient. One student explained: â€œIt is far too late in 2050 if you only shut down coal power. It should happen much sooner, and we should be looking for other solutions a lot more. Such rules are simply too little enforced, and no one in politics is really involved. “

“All the time they pretend to say something, but if it is applied [or not] is another question and when it will be applied, â€agreed a classmate with her. On the fact that climate programs from all parties are not enough to prevent a disaster, she explained, â€œThey are easily not enough. You have to do much, much more. This is our land, we are going to live here. Even the Greens are not doing enough â€

When asked why, she explained, â€œBecause it’s about money and because a lot of things just aren’t achievable, in the sense that a lot of people would lose their jobs. But I think if we paid more attention to climate change, you would find new opportunities and also new jobs. It would certainly weaken our capital, but we have to take it. “

Other protesters explained that intervention is needed in large industry, as this is where most emissions occur. â€œIn fact, the responsibility tends to be transferred to individuals. But when there is so much to offer all the time, there is no point in being an individual who wants to push back and can’t accomplish anything.

â€œWe should not focus so much on the fact that it is always the little citizens who have to do so much, but demand that those above also act sometimes,â€ said another participant.

On whether parties will change their policies after the election, she said: â€œI think if we don’t have a clear system change nothing will really get done. So the Greens’ demands are all good, but in a way we just need a radical upheaval. “

She argued that the workers must fight for these demands themselves. â€œI think we need more class consciousness in general, not just when it comes to the climate crisis. There are simply too many of us who are not included in democratic decisions and we must therefore be more united. “

As IYSSE and the Socialist Equality Party (SGP) explained in a statement released during protests, climate change, like all major social issues, is a class issue. â€œIt requires an international socialist response. Such a response is incompatible with capitalism, which is based on profit maximization and competition between nation states.

Appeals to bourgeois parties are unnecessary. The climate change measures they promise in their election platforms do not even meet the grossly inadequate targets they have set for themselves. And everyone knows that even these are empty promises.

Join the fight to defend public education! No dangerous return to schools!

2021-09-27
Previous Post: Rand Paul: Coronavirus antibody distribution could be blocked by socialism and other “political reasons”
Next Post: Evergrande’s problems show that China is just as sensitive to the detrimental effects of capitalism