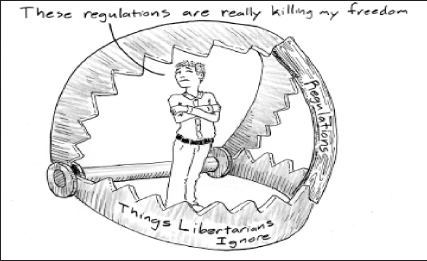 Socialism must repair the flaws of modern capitalism – The North Wind

In America we live in a false dream where capitalism is perfect. At a young age, we are taught that a free enterprise system facilitates freedom. Freedom is equated with free markets. Not only is this way of thinking dangerous, it is unequivocal and categorically wrong.

I’m the person your parents warned you about before you decided to enter a college campus. I am not a bearded Marxist who sits in the library all day reading “Das Kapital” and “The Communist Manifesto”, but I am a socialist. More precisely, I am what I call a pragmatic socialist.

Socialism has been claimed by many people and many nations, sometimes for better or for worse. I look towards the good. I turn to Democratic Socialists and Social Reformers like Eugene Debbs, Norman Thomas, Bertrand Russell, George Orwell and Robert LaFollette. I am looking for what was at the heart of these men’s beliefs.

At the heart of the thought of socialism is the belief that each person has the means to live a fulfilling life. Political scientists would call it positive freedom. The means of achieving this have always been debated among socialists.

Pragmatic socialism takes this fundamental belief and examines what real policies will achieve positive freedom. Theoretically, it could take any form, from free markets to state-owned industries.

It could never take the form of capitalism, or what are called free markets. You can just take a look at neoclassical business models and prove them wrong with their own tools. Free market fundamentalists preach the dogma of perfect competition and profit motives leading to efficient markets. This is just not true looking at their own models.

Once you ask about imperfect information and the competition, the models fall apart. Instead of perfect competition, the real world is dominated by the oligopolies of transnational corporations like GM and Exxon. Instead of prices that react quickly and accurately to reflect true price values, we find sticky prices and economic bubbles.

The truth of the free market is this: it never existed. It was just a myth. Don’t worry though; it has just been broken.

There is a much bigger problem than the flaws of neoclassical business models. There are problems with capitalism itself.

How could an economic system based on pure self-interest ever work? How could a system based on this point of view create a good society? It goes against the views of all major religions, including the teachings of Jesus Christ. He rewards a corrupt CEO but punishes a hard-working college student with grueling loans.

It is an economic system that allows two-thirds of American businesses not to pay taxes, not to pay their workers a living wage, to lobby millions of dollars from their treasury for favorable anti-government legislation. interests of social justice, the environment and consumers.

In just a quick illustration, we see what capitalism is. Lebron James signed an endorsement deal with Nike in 2003 worth around $ 90 million. No problem with that.

Here is my problem. Nike has workers in Indonesia earning just $ 2.50 a day to make the products Lebron James will be paid to simply wear on national television. It is quite simply and totally unfair.

The government can help. Government is the achievement of civil society. He represents everyone and can promote the common good. The main reason this sometimes fails is that former business CEOs are running federal agencies and business lobbyists are watering down legislation that would help the American public. These specific failures are a by-product of capitalism.

Closing corporate tax loopholes and taxing financial derivatives could fund a multitude of things the American people desperately need. These funds could be spent to provide tuition-free college education to all Americans. The funds could also be spent to invest in our infrastructure and provide millions of living wage jobs for our citizens.

Capitalism will not provide positive freedom for people; its philosophy is intrinsically opposed to it.

We can have socialism or capitalism.

2021-08-06
Previous Post: Democrats seek a balance between capitalism and socialism
Next Post: Equality and scarcity: why socialism is doing better than capitalism