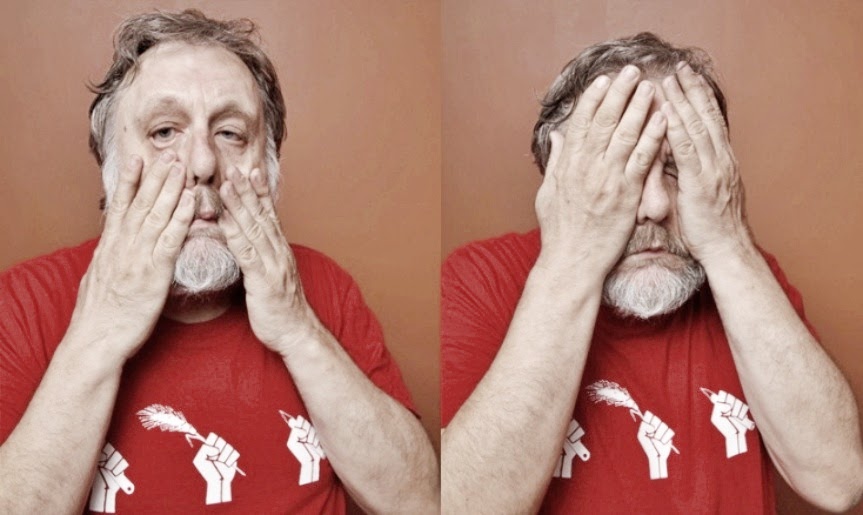 Slavoj Žižek, an apologist for capitalism disguised as a “Marxist philosopher”

“The least we owe Ukraine is full support, and to do that we need a stronger NATO. […] Today, one cannot be on the left if one does not stand unequivocally behind Ukraine” (The Guardian, June 21, 2022).

Who is the author of the above words? Is it NATO Secretary Jens Stoltenberg? Or German Chancellor Olaf Scholz? Maybe Spanish Prime Minister Pedro Sanchez? None of them. The expression belongs to a celebrity of the contemporary left-wing intelligentsia. High profile “Hegelian Marxist” philosopher Slavoj Žižek.

Zizekthe opinion of Ukraine would have been completely insignificant if the Slovenian thinker and cultural theorist had not received so much publicity in the Western media, establishing himself as one of the “most important living intellectuals”. For more than two decades, Zizek occupies a prominent position not only in the bourgeois press, but also in the most prestigious academic institutes and think tanks in Europe and the United States.

The reality is that Slavoj Zizek is the epitome of pseudo-Marxist charlatanism which, through bombastic analyses, incoherent and often contradictory philosophical gibberish, and pompous expressions, attempts to “whitewash” the operating system itself.

It is no coincidence that the charlatan who today calls for a “stronger NATO” to defend Ukraine is the same one who, in 1999, was a staunch supporter of NATO’s imperialist intervention and bombing of Yugoslavia. In his article entitled “NATO, the left hand of God”, Zizek wrote among other things:

“Today we can see that the paradox of the bombing of Yugoslavia is not the one Western pacifists complain about – that NATO unleashed the very ethnic cleansing it was meant to prevent. No, the ideology victimization is the real problem: it is very good to help the helpless Albanians against the Serbian monsters, but in no case should they be allowed to get rid of this helplessness, to recover themselves as a sovereign political subject and independent […] But it is not only NATO that has depoliticized the conflict. Just like his pseudo-left opponents. For them, the bombardment of Yugoslavia played the last act in the dismemberment of Tito’s Yugoslavia. He played the end of a promise, the collapse of a utopia of multi-ethnic and authentic socialism in the confusion of an ethnic war. Even such a shrewd political philosopher as Alain Badiou still argues that all parties are equally guilty. There were ethnic cleansers on all sides, he said, among Serbs, Slovenes and Bosnians. […] It seems to me that this represents a leftist nostalgia for the lost Yugoslavia. The irony is that this nostalgia sees Slobovan Milosevic’s Serbia as the successor to that dream state – that is, exactly the force that so effectively killed this former Yugoslavia” (lacan.com/zizek-nato.html, June 29, 1999).

Slavoj, the fervent supporter of the horrible NATO crime in Yugoslavia, was not satisfied enough with the barbarism unleashed against the Serbian people. He wanted even more bombs: “So precisely as a leftist, my answer to the ‘Bomb or not?’ dilemma is: not ENOUGH bombs yet, and they’re TOO LATE” (Slavoj Žižek, Against Double Blackmail, New Left Review, 04/1999).

Four years after the crime in Yugoslavia, in 2003, the Slovenian “philosopher” underlined during an interview: “To the horror of many leftists, even I showed some sympathy for the NATO bombings of the former Yugoslavia. Sorry, but this bombardment ended a terrible conflict.” (Left Business Observer #105, August 2003).

does not approve of NATO’s imperialist interventions, it indulges in bombastic gibberish on social, political and philosophical issues. Speaking at an event hosted by SYRIZA, the then booming Greek social-democratic party, in 2012, the Slovenian intellectual went so far as to defend opportunism! Here is what he said: “You know, there is also principled opportunism, principled opportunism. When you say the situation is lost, we can’t do anything, because we would betray our principles, that sounds like a position of principle, but it’s really the extreme form of opportunism”.

In 2012, Zizek openly supported SYRIZA by participating in joint political events with Alexis Tsipras, while he did not hesitate to unleash slanders against the KKE saying that “it’s the party of people who are still alive because they forgot to die”. This is the same charlatan who, in the wake of the 2015 Paris terrorist attacks, suggested that the antidote to the impasse of global capitalism is the militarization of society: “Popular movements motivated by democracy are seemingly doomed to failure, so perhaps it is better to break the vicious cycle of global capitalism through “militarization”, which means suspending the power of self-regulating economies. (Slavoj Žižek: In the wake of the Paris attacks, the left must embrace its radical Western roots, inthesetimes.com, November 16, 2015).

A year later, in 2016, the flamboyant thinker has endorsed ultra-reactionary billionaire Donald Trump for the US presidency, calling him a “centrist liberal”. More recently, he has been seen on political panels alongside other self-proclaimed “erratic Marxists,” such as former Greek finance minister Yanis Varoufakis.

No, Slavoj Zizek is neither a Marxist nor a radical philosopher. He’s not a lunatic who talks nonsense just because he wants attention. On the contrary, he is a highly cultured apologist for capitalist barbarism and a conscious anti-Communist. As such, he vilifies 20th century socialism, he shamelessly attacks Lenin and promotes, overtly or covertly, the murderous imperialist NATO alliance. Even when he claims to defend communism, Zizek does it only in words, as an abstract theoretical question, deliberately separating it from its social and political scope.

So what is Slavoj Zizek represent? He himself provided the answer. “In short, what sensitive liberals want is a decaffeinated revolution, a revolution that does not smell of revolution” he wrote once. That’s exactly what Zizek and other “Marxist intellectuals” widely publicized by the bourgeois media (like A. Badiou, A. Negri, T. Eagleton, etc.) are: Ideological servers of a “decaffeinated revolution” and the best apologists of the exploitative capitalist system.

* Nikos Mottas is the editor-in-chief of In defense of communism.

2022-06-30
Previous Post: The ghost of socialism is coming back to haunt us and there is nowhere to hide. Be scared, says Mark Dolan
Next Post: Pine Nuts: Failed Personal Finance Course