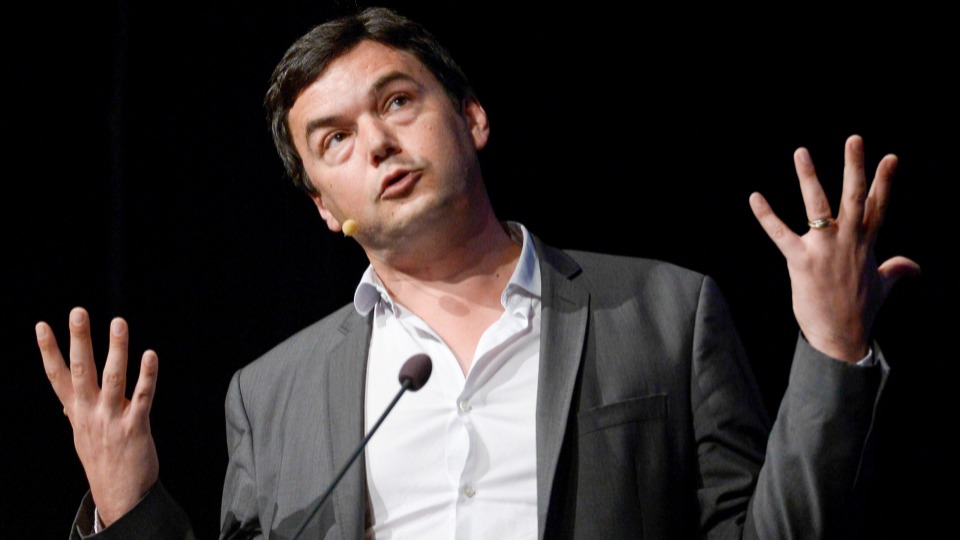 Piketty says it’s ‘time for socialism,’ but has no time for class struggle – People’s World

Thomas Piketty has a new collection of essays, titled, Time for Socialism: Dispatches from a World on Fire, 2016-2021.

It is not possible to underestimate the positive impact that the masterpiece of the French author, Capital in the 21st century, had on the economic profession. The book, and the massive data-gathering projects on global and national inequality that were broadened by the debates it spawned, reopened the doors of “socialism” in post-Cold War Western economics literature. .

Comparisons with Karl Marx were inevitable, and sales of Marx himself Capital city leaps forward too. Piketty argued against these associations with the comment, “I haven’t really read Marx much.”

At the time, the remark did not seem credible. I thought he was shy, teasing the left, but trying to keep the discussion to himself, not Marx. However, my dearly missed friend and comrade Art Perlo once said to me, “Maybe he was telling the truth, John.” Hmm.

Piketty’s new essay on socialism opens this collection. It presents an ambitious and well-argued program of taxation, redistribution of wealth, public investment, internationalism, education, science, gender and racial equality within a social-democratic framework where, by redistributing property through democratic means, “we can contribute to redefining all the relationships of power and social domination.

“Based on the historical elements available to me, the ideal society seems to me to be one where everyone would have a few hundred thousand euros, where a few people would have perhaps a few million, but where the highest assets (several tens or hundreds of millions, and a fortiori billions) would only be temporary and would be rapidly reduced by taxation to more rational and socially useful levels.

From my perspective, this is an entirely appealing, data-driven, doctor-approved version of Harry McClintock’s 1923 song “Big Rock Candy Mountain.”.Here is the most memorable verse:

In the Big Rock Candy Mountains,

There is a land that is fair and bright,

Where alms grow on the bushes

And you sleep every night.

Where the covered wagons are all empty,

And the sun shines every day

About birds and bees

And the cigarette trees,

where the blue bird sings

In the Big Rock Candy Mountains!

There are economic and political problems with “cigarette tree socialism”.

There is no agency to fight for and win Piketty’s “socialism,” such as any particular coalition of class, ethnic, or cultural forces or political parties—no force that could bring to power a regime of “participatory socialism.” “. The class is barely mentioned.

Existing socialist countries are scorned by Piketty for not being insufficiently democratic – in the bourgeois sense of allowing wealth to participate “freely” as a political franchise.

Market socialism is the goal for him, but not like that practiced by the Chinese, where government performance is measured more by the results it delivers than by an ideal of “free and fair elections” in an environment very disparate wealth, and where the strategic concept of leadership is based on non-bourgeois forces seizing and dominating the “commanding heights of the economy”.” preserve the public interest of the powers of capital.

Oh, and Piketty’s socialism will never look like the “absolute failure” of Soviet socialism – which nonetheless helped liberate Piketty’s country from the existence of an occupied German province.

Piketty’s path to socialism is to “rethink” everything. To give internationalism a chance, he says, “we must turn our backs on the ideology of absolute free trade…and…put in place an alternative economic system, a model of development based on explicit and verifiable principles. economics, taxation, and environmental justice.

There is no strategy. The only reason, the “Big Rock Candy Mountain” and a long list of “anti-capitalist” critics.

There are deep ironies in Piketty’s socialism, which I tend to think of as shameful socialism. His first book became famous for finding a mathematical expression that captured the tendencies of capital to concentrate both economic and politico-institutional power, thus undermining its commitment to the democratic ideals that first freed it from the pockets of monarchs. and popes.

The formula held up well as inequality researchers gathered more and more data around the world. The logical inference of the formula is that capitalism cannot “fix itself” except by imposing itself, which it has absolutely no incentive to do. Piketty’s political stance seems to conflict with his own mathematics.

Unfortunately, nothing I’ve said here is very original. The content of Piketty’s “socialism”, its internal contradictions and its somewhat comedic “footlessness” have been played as cards on numerous occasions, both against and alongside his more class-conscious and revolutionary brethren in democratic and socialist revolutionary movements and parties.

His particular version is presented as economically feasible but is strikingly similar to the socialisms of Eduard Bernstein, Karl Kautsky, Norman Thomas, Peter Kropotkin, Robert Owen and many others who interpreted Marx’s proposal of a path of development governed by laws that gave rise to capitalism and predicted its eventual replacement as meaning that the revolutionary path was not necessary.

Revolutionaries share many values ​​with reformers but mainly differ on one historically decisive point. They criticize the idealization democracy amid great inequality as a great illusion for the working classes—unless he inspires them to realize that THEY are better guarantors and leaders of social progress than the dying ruling classes.

It doesn’t matter if the dying regime is slavers, fascists or even liberal billionaires. If their inability to reconcile conflicting interests prevails, Piketty’s own calculations argue that capitalism is highly unlikely to “repair itself,” or save the countries where it prevails from the disasters of failed states.

Revolutionaries are well known. None of them started life as such, but all acquired a good flair for regimes that are not sustainable: Marx, Lenin, Mao, Ho Chi Minh, Fidel Castro, Nelson Mandela, George Washington, Thomas Paine, Abraham Lincoln, Frederick Douglass, General Grant, Gandhi and IOC Bolshevik organizers Dr. Martin Luther King, and a much longer list of my heroes. Come on Bernie.

It was revolutionaries in the midst of awakening multitudes in movement and consciousness, Brother Piketty, not the illumination of utopias, that made possible the implementation of their and your excellent programs in the real world.

Tom kills the deputy who murdered Preacher Casey, who spoke of the vision. Here is an excerpt—a response to Thomas Piketty, brother and friend:

But Grandpa Joad is dead.

They buried Grandfather Joad by the side of the road,

Grandmother buried on the California side,

They buried Grandma on the California side.

Looked like the promised land. This green valley with a

River flowing through, There was work for every hand, THEY

THOUGHT, There was work for every hand.

The Joads went to the Jungle Camp, There they prepared a stew.

And the hungry little kids at Jungle Camp said, “We’d like to

Shot a woman in the back.

Before he can take back his aim

Preacher Casey dropped him on his trail.

Preacher Casey dropped him on his trail.

They handcuffed Casey and took him to jail

And then he ran away.

And he met Tom Joad on the old river bridge,

And those few words he said, poor boy,

Those few words he said.

“I preached for the Lord for a very long time

Preached on the rich and the poor.

We working people must all come together,

Because we don’t have a chance anymore.

We no longer have a chance.“

Tom went back to where his mother slept

He woke her up from the bed.

Then he said goodbye to the mother he loved

He said what preacher Casey said.

“Ever’body could just be a great soul

Well, it seems to me that there is a way.

Everywhere you look day or night

That’s where I’m gonna be, mom,

This is where I will be.

“Wherever little children are hungry and crying

Wherever people are not free.

Wherever men fight for their rights

This is where I will be.

2022-01-10
Previous Post: Socialism can be used to spread the benefits of capitalism throughout society
Next Post: French socialism embraced neoliberalism and signed its death warrant