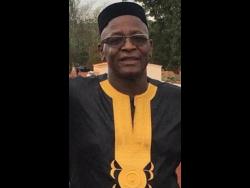 Norris McDonald | The Political Left, Global Politics and the “Church of Socialism” | Comment

The Barbados election is unique in that Prime Minister Mia Mottley led the Barbados Labor Party to win all contested seats.

These parties campaigned on progressive political issues in which they explained to the political electorate why they should trust them, and how they could benefit from a government that is not content with mere management things like payment of the national debt.

The main thing we learn here is that the budget should be an important legislative tool for lifting the poor out of poverty.

Policies such as the National Housing Trust which the Democratic Socialist government of Michael Manley introduced in 1976 aimed to get people to help themselves to buy their own homes, build on their own land, or repair their homes.

America still lacks a progressive maternity leave law like the one created by the Democratic Socialist Manley government. In America, a mother will have a child and be sent home in a day or two with the employer tapping their feet waiting for her to come to work when she doesn’t know what to do about childcare!

Which is morally superior? Capitalism or socialism? You tell me!

THE RISE OF THE NEW LEFT

I believe that the trend towards a new wave of left-wing progressivism is symptomatic of the general fatigue of the poor, small farmers, middle class and national businessmen of being bullied and exploited by imperialism.

In Colombia too – long a stronghold of far-right politics – we see Gustavo Petro, the left-wing candidate, winning the first round of the presidential election and expected to win the second round and be elected president.

Brazil, too, will have an upcoming presidential election and left-winger former president Lula da Silva is set to return to power.

Overall, Latin America is witnessing this trend in which, since 2018, we have seen leftist governments come to power in Argentina, Mexico, Peru, Chile and Bolivia.

They all join Cuba, Venezuela and Nicaragua and strengthen the regional progressive bloc.

It certainly creates a headache for America to see this resurgence of the global leftist movement, especially in their own Latin American and Caribbean backyard.

American political establishments overestimate their own ideological strength. They also seem not to fully grasp the impact of the political and ideological changes taking place in the world.

Perhaps that’s why the upcoming Summit of the Americas in Los Angeles from June 6-10 could become an embarrassing political failure for President Joe Biden.

It was expected to be a centerpiece of America’s global dominance and global leadership.

The world is in crisis with increasing poverty and hunger, yet America, instead of building bridges of international friendship and cooperation, seems to be doggedly pursuing a hostile foreign policy.

I think America was clearly wrong in denying Cuba, Venezuela and Nicaragua the right to participate in the regional conference. Why should they be surprised that Latin America and the Caribbean resists this clearly unnecessary political arrogance?

Some countries decided that, given this continued division, they would not go.

Trinidad and Tobago, perhaps under American pressure, has already broken rank. T&T Premier Keith Rowley justified his attendance by saying there would be “lots of important things to discuss”.

Why wouldn’t America use an event as important as the Summit of the Americas to provide thought leadership and thought to the world?

President Biden should have dropped Trump’s foreign policy and charted his own course to show true global leadership.

President Barack Obama visited Cuba in 2016 and many believed it would be the dawn of a new era of international friendship and cooperation.

Having failed to provide new, more inspiring foreign policy leadership in Latin America and around the world, if Republicans win the 2022 midterm elections and retake the House of Representatives and Senate, Joe Biden could end his presidency with one of the most dismal legacies of foreign policy in the modern era.

THE CHURCH OF SOCIALISM

My dear friends, the cry of the poor for justice is a perpetual thing. No brutality, political coup, war or color revolution can stop this. And we see it in the resurgence of left-wing political forces around the world.

If Jamaican progressives – democratic socialists and former communists – are afraid to speak out, it is because of their own religious retreat from the Church of Socialism.

A fan Gleaner reader, in response to my May 18 article, said that “socialism has a marketing problem.”

The reader is right.

If so-called socialist or social democratic political parties adopt free market ideology, whether out of sheer political necessity or out of expediency, and then attempt to sell this to their electorate as “socialism”, they will most certainly have a “marketing problem”, because the most astute Gleaner says the reader.

Moreover, I believe that the cathartic collapse of the Soviet Union and Communism has created serious mental problems for fellow Communists and Socialists. It was as if they discovered that they were worshiping a godless religion!

So I offer some advice to you, my progressive and cathartic friends of the crisis. Rekindle the burning fire to rededicate your intellect and political energy to uplifting the working class, the farmers and the middle class; and work to build and sustain a truly patriotic national entrepreneurial class.