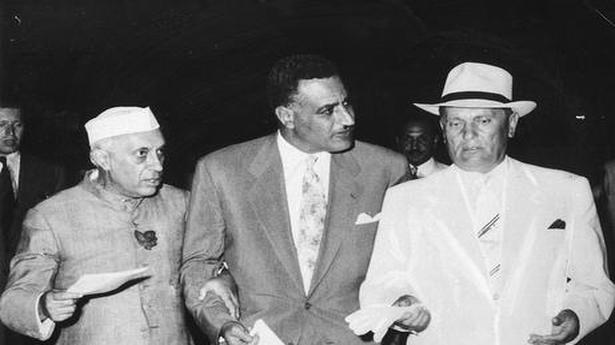 Nehru’s socialism was evolutionary, inclusive and non-class based

IIt is a curious paradox that Nehru was a socialist who consolidated capitalism. But the capitalists do not thank him for it; the left considers it inadequate; and the right equated his socialism with the “License-Permit Raj”.

His socialism was evolutionary, not revolutionary, and it was inclusive, not class-based. He was democratic and comfortable with heterogeneity, egalitarian without leveling, committed to well-being and affirmative action, cooperative in containing destructive competition, oriented towards rational planning in overcoming anarchic individualism, emphasized the need for government to lead through an advanced public sector, valued local democracy and local management of public services, and mobilized local initiative in every way. Overall, he saw it as a movement rather than a military bloc. In all these respects, if it were to prevail, it would be through democratic recognition rather than bureaucratic imposition. Above all, he saw in it a direction, a momentum and a system of values ​​rather than an end goal.

He was attracted to Marxism as a means of historical explanation, but he found it irrelevant to programs for progress and even for socialism. It is doubtful that Marxism contributed significantly to his interpretation of history, even if it obliged by spicing up his Glimpses of world history with stories of class struggle. What he meant by class read more like a social hierarchy; and he did not employ the concept of mode of production, that magnificent obsession of so many Marxists.

As a social democrat or socialist, he was liberal through and through and opposed to both communism and the Soviet system. During the agony of liberal Europe in the 1930s, when fascism blanketed the continent, communism seemed the only hope, and the Soviet Union the dawn of a new civilization, as he told Congress of Lucknow in 1936. Thereafter he clearly drew the line; and while the Soviet Union fascinated him for its shortcut to industrialization, its methods were appalling and the human cost hideous. He could not accept them for India.

He found many reasons to reject the communist option. The first was the class war, so dear to the Communists. He held no mandate for capitalists and landlords, but class warfare led to untold atrocities, bitterness, and material and human destruction. Second, its aim was to unite the nation against imperialism, not to divide it between classes and leave an opening for the machinations of the imperialists. When he was tempted by class warfare, Gandhi held him back.

Third, class warfare pursued the interest of a class at the expense of the individual, which was anathema to the liberal Nehru. Fourth, communism was undemocratic, communist states ran one-party systems with non-competitive elections, and they suppressed basic rights, which Nehru treasured so much. Ironically, India provided the exception, with the Communists coming to power through democratic elections. Fifth, he found the Communists deplorably submissive to Moscow. According to his reasoning, he was not getting rid of the British colonial yoke and replacing it with that of Soviet Communism. Sixth, the communists sought a global confrontation with capitalism. He declined to participate, instead preferring an independent role which he called a non-alignment.

Long before independence, he saw the world divided and the need to take a stand between communists and imperialists. During World War II he rejected the Axis for ideological reasons and found it a bad strategy to join the enemy of the enemy without ideological affinity. Therefore, Subhas Chandra Bose’s grand design to join the Axis against British imperialism was ruled out. He was ready to cooperate with the imperialists as a market for independence; and while he hated the imperialists of the Empire, he approved of liberal democracy in Britain.

At the same time, he could identify with the objectives of communism while finding the Soviet regime odious. But both imperialism and communism wanted to recruit Indian nationalism for their strategic ends without giving anything in return. His only option was to anticipate misalignment, preserve the independence of his choices, and steer clear of other people’s wars.

Socialism provided the ideological basis for this independence. A purely nationalist position without more ideological depth could have taken him either way. He cited the example of nationalist Poland in 1927 pushed into the imperialist fold or of an independent Bolivia in 1928 trapped in debt to the United States and its “economic imperialism”. Promoting capitalism for growth after independence would have brought India back into the network of global capitalism led by Britain and America and undone the so painfully won independence. He discerned the possibility of independent communism in China in the 1950s, but he had good reason to reject all communism.

His socialism was independent even of European socialism. He was deeply distressed to find European socialists, especially the British species, more than complicit with imperialism, and he reserved some of his harshest comments for Ramsay MacDonald, Britain’s Labor Prime Minister. Nehru thought of socialism in global terms, but had to seek an independent trajectory for socialism in India. He did not go so far as to posit a necessary connection between his socialism and non-alignment, but he spoke as if true independence implied both.

But Nehru’s socialism was a minority position within Congress and the national movement. Gandhi simply tolerated it; major leaders like Patel, Rajagopalachari, Rajendra Prasad and BC Roy opposed it; and only Subhas Chandra Bose was a comrade in arms to radicalize Congress. But Bose deviated, breaking with Gandhi and allying with the Axis during the war. The Socialist Congress Party led by Jayaprakash Narayan and Narendra Deva among others was Nehru’s natural constituency, but they were eager to compromise and left Congress in 1948.

Given his isolation, Nehru had to content himself with promoting an ideal rather than formulating specifically socialist policies. He advocated socialism, not as an ideology but as a pragmatic necessity to eradicate poverty, reduce it to administration and problem solving. For almost a quarter of a century, since his socialist visit to Europe in 1927, he had on every important occasion proclaimed his socialist faith, decreed its inevitability and reassured everyone that this was not a program to be enforce.

In the Constituent Assembly, he refused to include socialism in the resolution on aims and objectives, denigrating it as “words and theoretical formulas”. He even accepted the Socialists’ accusation of having “taken the side of the capitalists.” But he thought that India could only be delivered from imperialism by freeing itself from its capitalism by a form of socialism, and from its dictatorship by a form of democracy. Only democratic socialism made sense. He did so even though this democratic socialism was in fact no more than social capitalism of the kind that defined Europe in the post-war years.

Social capitalism was projected as an independent and democratic socialism for 40 years by its progenitor and it enjoyed a successful career thereafter until the 1980s. For expert observers like IG Patel, once Governor of the Reserve Bank of India , socialism was clearly the subordinate partner in this Nehruvian compound of capitalism and socialism: “…in this uneasy coalition, regardless of who officially presides, the strident voice is doubtless that of the capitalist majority. But far too many people expected textbook socialism or, more ignorantly, considered it ominously Soviet in origin, and variously shamed it for its shortcomings, vilified it because he tried to be himself and lamented his intellectual character. political inconsistency and incompetence.

Prosaic as always, Nehru’s critics failed to notice the rhetorical use he made of socialism for the moral luster it bestowed on two generations after Independence. But, above all, his independent socialism was one of his devices to maintain India’s independence from global capitalism with its imperialist offshoot, from communism, and even from European socialism insofar as the latter aspired to a universal role.

The writer is the editor of Selected Works of Jawaharlal Nehru . This is the fourth in the series of essays on Nehru in the Magazine .