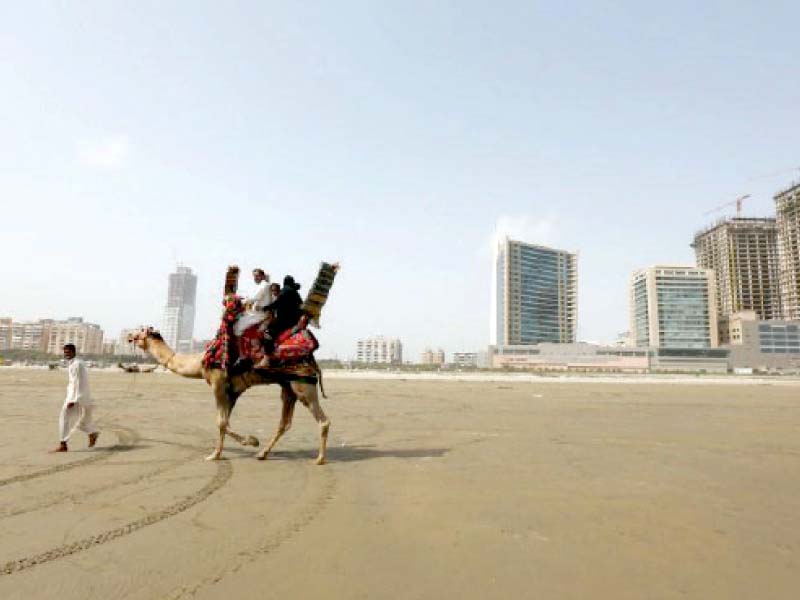 Need for an economical system reset

This elite capture may not be unique to Pakistan, but its breadth and scope, as well as the level of ignorance and tolerance of successive governments and the general public are quite astounding. Let me start with a question: Does Pakistan follow a capitalist economic model or a socialist model? The most likely answer would be that it is mixed.

Okay, but what mix is ​​it? Or maybe there is no model at all, rather than the economy following the “power wave”; the power of lobbies, stakeholders and political sentiment.

It is high time to undertake a thorough assessment and develop a framework for an economic system that is “of the people, by the people and for the people”; a system that ensures efficiency, promotes inclusion, reduces inequalities and builds indigenous resilience to internal and external shocks.

One of the biggest problems in Pakistan’s current economic system is the lack of depth and structure. It is inevitable to have a growing share of services in any economy, but not at the expense of industrial and agricultural sectors.

Even in the service sector, the preponderant share is that of banks, taking advantage of the boom in consumer credit and telecommunications companies, riding the wave of connectivity. In fact, if one finds the drivers of economic activity in Pakistan, then the list is made up of real estate, consumer loans, cell phones and automobiles (on loans). No other economy can be found with a gross domestic product (GDP) of $ 300 billion, but with an export share and net revenue of less than 10%. The lack or absence of productive sectors is enough to shake up any serious economist and decision-maker.

Another problem is the lack of structure and enabling policies to ensure an equitable distribution of wealth and income. The result is an accumulation of productive resources, especially capital, in very few hands. The industrial sector is home to very few families and business conglomerates which interestingly also control some of the essential services such as banks.

A wealthy person / entity gives money to another wealthy person / entity to run a business, make a profit, and repay with interest. The money stays in the top 5-10% of companies and then there is a huge gap in mid-level companies. Ultimately, small businesses rely solely on retail level operations with no opportunities for growth due to lack of capital and entrepreneurship, or even manpower.

A related problem is uncontrolled profit. Powerful economic lobbies determine market conditions without any serious regulatory intervention. For example, why should a Pakistani consumer pay higher prices for very poor quality cars available in international markets with higher quality and lower prices. The immediate counter-argument would be to protect the local industry and may I then ask for a sincere debate on the degree of proximity to the auto industry.

The history of the removal program is quite an old one to sell; Now is the time to tackle the realities on the ground and start recognizing consumer rights.

If capital is available, that is, funding, the story is even darker. Is it possible for an ordinary potential entrepreneur to go to a bank and get a business development loan?

On the contrary, concessional financing is still available for the top 5% of companies, in addition to regular depreciation of billions of rupees each year. Who pays the concessional and amortized loans? You and I, the common people who deposit in the banks.

In fact, microfinance institutions, which are supposed to serve the lower strata of the population, charge even higher interest rates, with the exception of very few like the Akhuwat. Ordinary Pakistanis donate billions of rupees of their hard-earned income to high-level economic players in an effort to improve their way of life.

This improvement is only an illusion, for the real one would only come about when the economic gains are shared equitably and everyone has equal access to economic resources and opportunities. Pakistan needs an economic system that works for everyone, provides equality of opportunity and a fair distribution of economic gains. It is of the utmost importance because of the geographic and cultural diversity which can take a negative turn if not mitigated by equal economic opportunity. Unfortunately, we have proof of this in our history.

It is imperative to initiate a major national economic dialogue in order to define short, medium and long term objectives which could lead Pakistan towards an inclusive and prosperous economy.

Some of the points to foster this dialogue are as follows:

ii) Focus on the distributive aspect of economic transactions rather than just volume to increase GDP. Enabling fiscal, monetary, labor and social policies should be designed accordingly.

iii) Devote more resources and attention to economically disadvantaged regions and areas. Check the concentration of economic activities in geographic and industrial clusters.

iv) Design a state / government support mechanism, fiscal and monetary, based on production, efficiency, job creation and R&D, rather than a choice of “cherished sectors”.

v) Adopt a monetary policy that favors productivity rather than consumption.

vii) Encourage and encourage the mobilization of national investments rather than going to the ground to seek and retain FDI. This, in turn, would keep resources and repatriation of profits within the country.

viii) Discourage non-productive investments, profits and the parking of wealth as in real estate.

ix) Put more emphasis on the economic empowerment of women and their participation in economic activities.

x) Adopt a progressive rather than a regressive (current) tax system. Tax revenues should be a by-product of tax policy if such a policy is designed to facilitate business activities rather than penalize them. xi) Entrepreneurship and skills development, technology adoption, R&D, start-up support and the enabling environment for business should be the priority elements of economic policy instruments.

Pakistan’s economy is almost sick. It is essential to control the disease before painful surgery, which can cause certain organs to malfunction.

A reset is already overdue. It is imperative to define a new socio-economic contract to ensure social and economic stability and to make our economy stand the test of time.

The writer is an international economist

2021-02-15
Previous Post: Trevor Hancock: Our economic system must recognize the price – and the value – of nature
Next Post: Laura Ingraham: Democrats push to criminalize “a whole political movement in America”