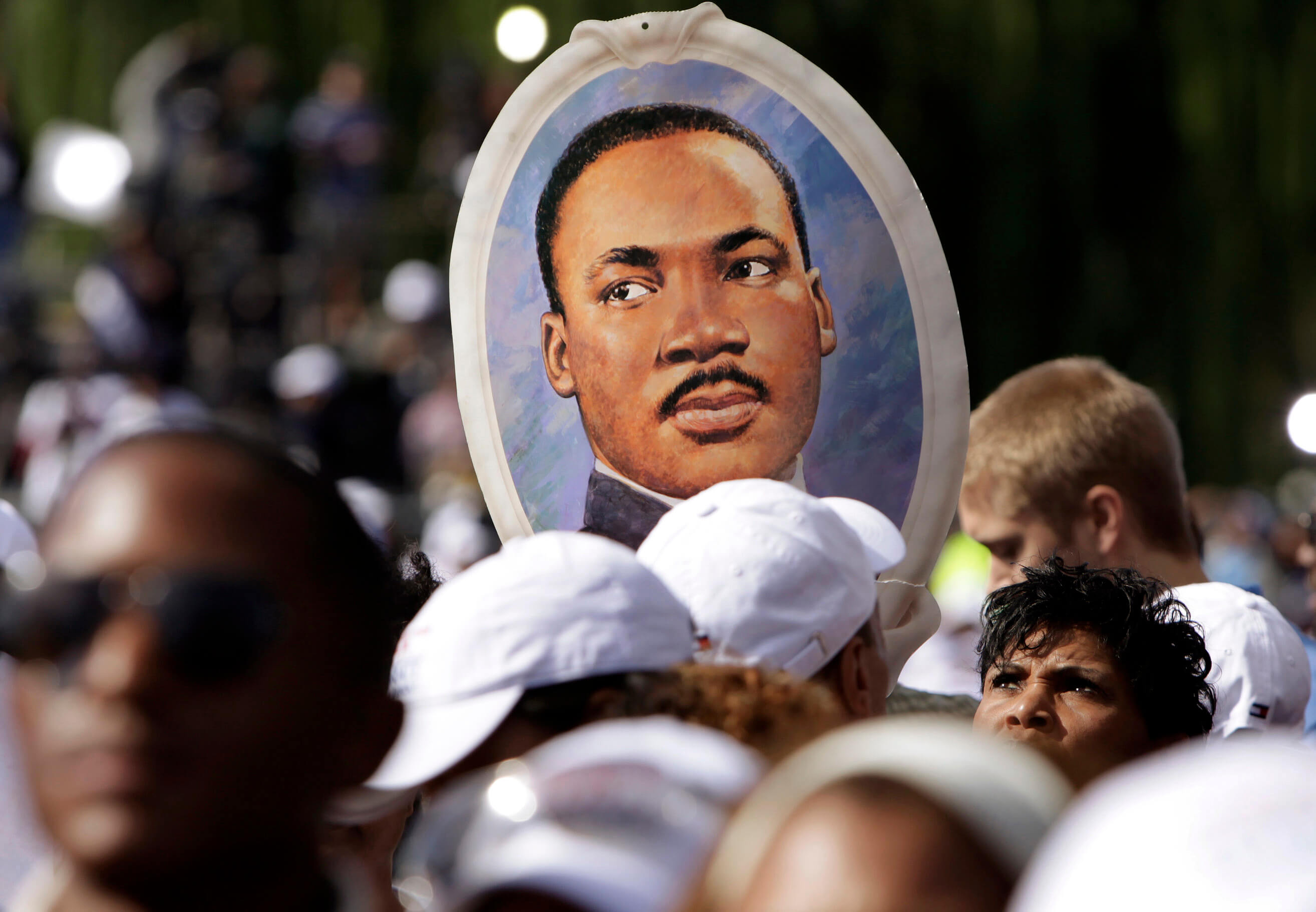 MLK has rooted its anti-capitalism in its Christian ministry

When partners first step out, it’s often the case, they’re looking to put their best foot forward. Comedian Chris Rock maintains that by doing this we reveal a lot about who we are, how we see ourselves and what commitments matter most to us. When Martin Luther King Jr. and Coretta Scott started dating in Boston, their conversations largely focused on literature, politics, and economics.

In a 1952 note to Coretta Scott, King argues that “capitalism has lost its usefulness” and that it has always been more socialist in its economic theory than capitalist. In 1953, during a radio broadcast from the Ebenezer Baptist Church in Atlanta, King offered a remarkable prayer contained in the Lewis Baldwin edited volume of the king’s prayers. King pray, “in the name and spirit of Jesus” that the church would “work with renewed vigor for a world without war, for a better distribution of wealth, and for a brotherhood that transcends race or color”.

This sample of King’s correspondence and prayers, in addition to the work of scholars like Andrew J. Douglas and Jared A. Loggins to research at the king’s material criticism of racial capitalism, illustrate that King not only enters the public ministry but also pastoral with an anti-capitalist thread that holds together its quilted vision of a “beloved community.” King’s engagements evolve over time as they are informed by his readings, movement work, travels and those around him. Nevertheless, King puts forward his best anti-capitalist footing from the start.

Why is it worth naming King’s anti-capitalist commitments as a religious leader? First, intellectual integrity requires that we take people on their own terms and in their own words. King’s theological, rhetorical, and written correspondence suggests a deep distrust of private property, inhumane housing, and an abiding concern for black people. King, like many black Americans, was also concerned about what writer and activist Michael Harrington in 1962 called “the other America. ” King referred to such people as those who live on a “lonely island of poverty in the middle of a vast ocean of material prosperity”.

Second, pastors, laity, and religious leaders who believe the power of the gospel necessitates a confrontation with what the late New Testament scholar Walter Wink calls them “principalities and powers,” look to King for inspiration on how to fight the exploitation that is synonymous with capitalism.

Moreover, by explicitly acknowledging King’s anti-capitalism, we are forced to undo what feminist ethicist Emilie M. Townes calls the “cultural production of evila process that King is poorly remembered as an American exceptionalist who sought to redeem the soul of the nation by offering a few tweaks and modifications, rather than pushing for overall systemic change. In reality, this icon of American public life was a harsh critic of American exceptionalism and an even harsher critic of America’s most sacred cow: the American economy.

As a devotee critical of the United States and its capitalist economy, King directly contradicts the decontextualized images that would flatten him and the civil rights movement into a single “I Have A Dream” speech. This decontextualization disfigures both King’s theological commitments and Prathia Hall’s freedom of faith that inspired the “dream” segment of the speech. King’s body of work—from his correspondence and prayers to his sermons and writings—envisions a “people-oriented societywhich values ​​human rights over private property rights, while deeply criticizing economic exploitation and preventable conditions of poverty in the wealthiest nation to ever exist.

Despite the evidence we have that clearly shows that King was a critic of both the United States and capitalism, we still see bad faith portrayals of King as politicians appeal to his legacy to support causes that he would not defend – such as criminalize protest Where praising it generically as an embodiment of America’s founding ideals.

In addition to dealing with King’s bad faith misrepresentations, it is also important to deal charitably with unwitting distortions of King’s life, legacy, and letters. What I have in mind are King’s invocations that separate his anti-war activism and commitment to suffrage from his commitment to a reconstructed economic order. King’s vision of a beloved community is not just an ecclesiastical way of calling for liberal democracy – a fair vote, a free press, the right to assemble and demonstrate, or a generous welfare state. to supplant the fiscal austerity that emerged after his assassination. What King called was a radical revolution in values ​​that confronts giant triplets of racism, materialism and poverty which are built in the economic foundations of liberal democracy in the United States.

Princeton African American Studies professor Keeanga Yamahtta-Taylor notes that King said The New York Times that he was engaged”in a kind of class strugglewhich further confirms that King cannot be portrayed as a great American on the march for a smoother, softer market economy. King, as well as many others in the black social gospel tradition who shaped it, embodied a socialist commitment that held together militant nonviolent protest against racial injustice and a deep vision of participatory democracy. This vision grew out of his theological and philosophical belief that all of humanity is sacred.

These are the reasons why I consider King’s faith and radical anti-capitalist politics to be intrinsically linked. As a member of the board of directors of Institute for Christian Socialism and the former executive director of the Drum Major Institute, an organization co-founded by King and his attorney, Harry H. Wachtel, I feel a personal commitment to ensuring that the practical implications of King’s theopolitical commitments are holistically implemented.

In All work has dignity, labor historian Michael Honey highlights some of the ways in which the practical implications of King’s theopolitical commitments dovetail with anti-capitalist activism. Throughout his life, King made a mix of pragmatic points regarding a labor-religion-civil rights alliance. In a 1961 speech to the Detroit United Automobile Workers Union, King explained that “it is axiomatic that what the labor needs, the Negroes need, and so simple logic places us side by in the struggle for all the elements of a decent standard of living”. By the end of King’s life, he had undoubtedly made his voice heard in union organizing. In 1968 King traveled to Memphis, Tennessee to walk with Black sanitation workers who were trying to unionize in order to improve working conditions. The day after the march, April 4, 1968, King was assassinated.

In order to understand King’s life and legacy, it is essential that his activism be understood in the context of his calling as minister. In 1956, a sermon titled “Paul’s Letter to American ChristiansKing called for a “better distribution of wealth.” He also asserted that “God never intended that one people should live in superfluous and superfluous wealth, while others should live in abject and deadly poverty”. Holistically interpreting King’s theological work as a pastor, public theologian, and religious leader requires grounding his anti-capitalism in his self-identification as a “minister of the Christian gospel.”

Today, King’s legacy as a pastor-theologian and militant minister calls us to move from a capitalist to a socialist economy. This economy values ​​civil liberty, political liberties and a strongly circumscribed market with constraints imposed not only by law and public opinion, but more fundamentally by social ownership, worker self-organization and a coalition of people of different faiths and consciences who believe in the beloved community.

As we strive to build cross-racial, cross-cultural and international alliances capable of turning the page on capitalism, the remnants of colonialism and the sedimented legacies of patriarchy, King’s legacy belongs to all of us. That’s not to say King is above criticism. Indeed, as Shatema Threadcraft and Brandon Terry note, it is important to “think with king against king. ” But it’s equally important to remember that King’s legacy does not belong to interpreters who seek to redact or selectively interpret his life and words for purposes incompatible with the life he actually led.

On this Martin Luther King Jr. Day, direct service and moments of personal reflection have their place, but to truly enhance King’s theological and ethical vision, let’s organize, preach, vote, write and act in a way that places anti-capitalism at the center of the beloved community; Let us place the construction of a fully decolonized country House of the world at the center of our global neighborhood – a neighborhood where unequal trade relations, enormous loan repayment burdens and other material damages faced by formerly colonized countries are abolished. The enormity of the odds may be steep, the challenges before us formidable, but God still calls us”to carve in the mountain of despair, a stone of hope. ”

2022-01-13
Previous Post: Good government is not socialism
Next Post: Western experts must understand the construction of socialism in China