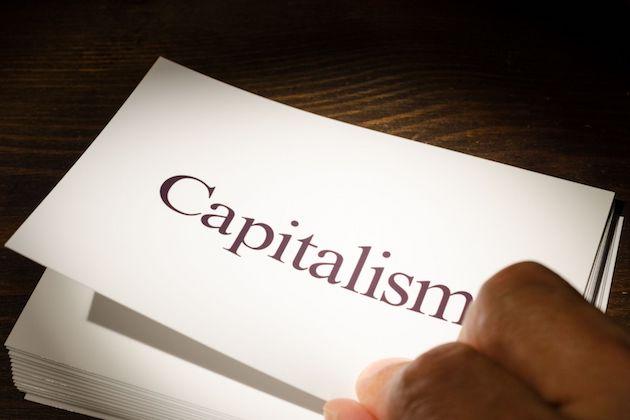 It’s time to revisit the basics of capitalism

Now that many have realized that the capitalist system has many problems, they are looking for a clear explanation of how the system works. They are dissatisfied and impatient with school lessons, remarks from politicians and the way the mainstream media is dealing with the subject. The United States is known for its low level of basic economic literacy, despite the great interest of its people in the economics of life. Therefore, this short article is intended to give you the basics of the system.

Capitalism is only a particular mode of organization system for the production and distribution of goods and services. Unlike other systems such as slavery and feudalism, there are some similarities. Capitalism, like slavery and feudalism, divides those involved in the production and distribution of goods and services into two groups: small groups and large groups. Slavery had masters (minorities) and slaves (many), while feudalism divided the group into lords (minorities) and serfs (many). Employers are a smaller group of capitalists. They manage, direct and supervise the economic system. Employers use production and distribution to increase wealth. Capital is wealth engaged in self-expansion. Employers are capitalists as systematic agents who are socially positioned to carry out this expansion.

The remaining surplus value is what the capitalists call profit. They use their profits to grow their businesses and support their own levels of consumption. In modern capitalist enterprises, capitalists are the board of directors who hold the profits, mainly develop the business and use them to enable CEOs and directors to increase consumption. ..

Capitalists earn surplus value and employees earn wages and salaries. The difference is very important. Employers occupy a dominant decision-making position in the workplace (company) and use this position to ensure that the company makes a profit as the top priority, “income”. Employers, both productive and unproductive, strive to reduce as much as possible the wages or salaries that must be paid to employed workers. The more they suppress the wages and salaries of productive workers, the more they can obtain surplus value. The more you remove the wages and salaries of unproductive workers, the greater the percentage of surplus they can benefit from.

The high priests of capitalism – professional economists – tell stories that justify the system (they prefer to call them theories). Therefore, they try to convince us that capitalist “profit maximization” achieves maximum efficiency, economic growth and maximum profit for the greatest number. We believe that the selfish (profit driven) behavior of the employer class is magically the best for our employees. At the same time, the early priests maintained that slavery and its selfish masters were the best possible social arrangement for slaves. Priests during the feudal system also praised the feudal system and its selfish lords as the best possible social arrangement for serfs.

Traditional economics celebrates profits because profit maximization helps capitalist employers. In recent decades, its mainstream has borrowed from mathematics the abstract concept (model) of a simplified system that automatically maximizes many of its aspects by maximizing one aspect. low. They then argued that such a model captures (correctly represents) how capitalism works. Don’t be fooled. it’s not. The mathematical model is simple, but capitalism is not. Maximizing and extracting the profits from every capitalist enterprise is a way for capitalists to accumulate wealth. It’s good for them, but not at all for our other people. Keeping profits away from employees keeps them in need of capitalist jobs. It’s also good for employers. The profit system recreates capitalism over time by recreating the capitalist on the one hand and the workers in need of labor on the other. Capitalists and workers were not equal beneficiaries of the system.

The market is another system that capitalism uses to recreate itself. Markets existed before modern capitalism became the predominant economic system in today’s world. Slavery and feudalism had markets, but not in a unique way, not as much as capitalism. Capitalism places the market at the heart of the relationship between employers and employees, two major positions of the system. The employer buys the employee’s labor from the latter (owner). In contrast, slaves were bought in the market, but their labor was not what they were selling. Neither the serfs nor the serfs’ work were bought by the feudal lord. It was only when slavery and feudalism declined that certain markets emerged for the workforce, demonstrating a transition to capitalism.

In the case of capitalism, the market provided a means of ensuring this decisive ratio. It is the difference between the value paid to labor (wages) and the value added by the worker’s labor effort. Difference is a precondition for surplus value to be produced by productive workers, allocated by capitalists and socially distributed.

Profit maximization and markets have always been carefully restricted and designed to help recreate capitalism. This is how the market evolved after the capitalist organizations of production and distribution replaced the previous slave and feudal systems. These other systems have either rejected the market or shaped the market to recreate their various non-capitalist systems. Only narrow idealistic fundamentalism elevates markets, profits, or capitalism itself to a state beyond history, as if one of them has the power to stop the flow of change.

Capitalist profits and market systems do not represent the ultra-historical absolute value of maximum efficiency or optimality (a preferred term in traditional economics). Recall that previous economic systems have always produced strong ideologies, claiming that they are also the sustainable and optimal â€œend of historyâ€. That alone should have given modern economists a sense of self-critical discipline. Instead, most of these economists made just one more absolutist claim in place of capitalism. The traditional economy, including such self-criticism, was very difficult. The capitalist’s demand for ideological worker loyalty may have influenced the difficulty.

The story did not stop. All other economic systems in human history were born, evolved and died out at some point. The most rational expectation is that one day the born and evolved capitalism will no longer exist. Humans have often been impatient with the economic system they have and longed for something better. The number of people who feel this way about capitalism is increasing all over the world. Clarifying the bases of the capitalism to be replaced will henceforth make it possible to move society forward.

Richard D. Wolff is Emeritus Professor of Economics at the University of Massachusetts Amherst and Visiting Professor in the Program at the New School University Graduate School of International Studies in New York. Wolff’s weekly show “Economic Update” is synergized by more than 100 radio stations and broadcast to 55 million television receivers via Free Speech TV. His three recent books on democratic work Illness is a system: when capitalism cannot save us from a pandemic or from itself, Understanding Marxism, When Understanding socialism..

This article was created by The economy for all, project of the Independent Media Institute.

2021-08-21
Previous Post: The California Fires and the Case for Socialism
Next Post: Are political Islam and socialism over?