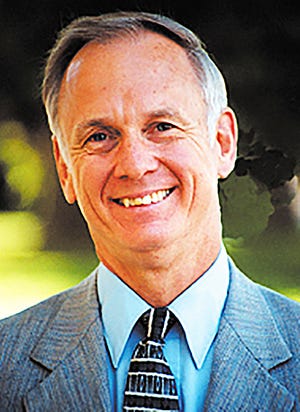 It’s official, the democrats are in favor of socialism

These polls reflect a major difference between the two parties.

From the August poll, we can infer that Democrats favor the economic systems of Venezuela, China, Cuba, Laos and Vietnam. Their common point is an authoritarian leadership.

Democrats must be so proud that they have now joined the ranks of these countries.

Whether Democrats support socialism has been the subject of much discussion in the run-up to the presidential election. The catalyst for these discussions was Democratic Senator Bernie Sanders, who declared himself a Democratic Socialist. In the 2016 and 2020 campaigns, he was often the favorite.

Democrats Alexandria Ocasio-Cortez (AOC) and Rashid Tlaib, members of the Democratic Socialists of America, waved the socialist pot. AOC said that “For me, capitalism is irrecoverable.

Biden has always said, “I am not a socialist.” This, however, did not deter him from endorsing the 110-page “Biden-Sanders Unity Task Force Recommendations”, also known as the “Biden-Sanders Manifesto.” I’m sure all Democrats have read it.

What is socialism? Webster’s defines it as: 1. To defend “collective or governmental ownership and administration of the production and distribution of goods”. 2. “no private property”. 3. “the means of production are owned and controlled by the state”. 4. “a state of society in Marxist theory characterized by an unequal distribution of goods and wages”.

Sanders tries to make this addiction smell like a rose by declaring that he is a “democratic socialist”.

According to The Encyclopedia of Political Science, “Democratic Socialists maintain that capitalism is inherently incompatible with the values ​​of freedom, equality and solidarity and that these ideals can only be achieved through the achievement of a socialist society”. Socialism exploits “our collective wealth to meet the basic needs of each”.

The danger is that such misguided idealism could lead the United States to become a welfare state.

Sanders made it clear that his goal “was to tackle wealth inequality.” President Obama has proclaimed that wealth inequality is a threat to our society. This hypocrite has a net worth of $ 70 million.

Democratic socialism includes a universal basic income that does not require a person to work. Those who work, and those who work particularly hard, are required to give a portion of their earnings to those who do not work but could work.

Democrats proclaim the pending $ 3.5 trillion budget bill to be “human infrastructure” that “will result in … a gradual overhaul of government.” This is exactly what Democrat Schumer said he would do – “change America”.

The recent $ 1.2 trillion infrastructure bill received some Republican support, but they then denounced the additional $ 3.5 trillion bill as socialism.

Pat Buchanan describes the program as “a leap forward in the number of Americans dependent on the federal government for basic necessities.” It is “the greatest leap forward to socialism of any American president.”

Democrats who drummer for socialism really have to believe that a great government will meet the needs of the people. Control over people’s lives is the key to their happiness.

Democrats who favor socialism are fools. They ignore the failing countries that have adopted this regime. They are too obtuse to heed Sir Thomas More’s warning of 1516 that “misplaced faith in political utopias has led to ruin”. They are blind to the staggering cost associated with the Democrats’ bill.

Clinton was wrong. The era of great government is not over.

Rick Kiper is a columnist for the Leavenworth Times.

2021-08-27
Previous Post: If Americans lose faith in capitalism, the future will be bleak | Opinion
Next Post: American socialism: not what you think