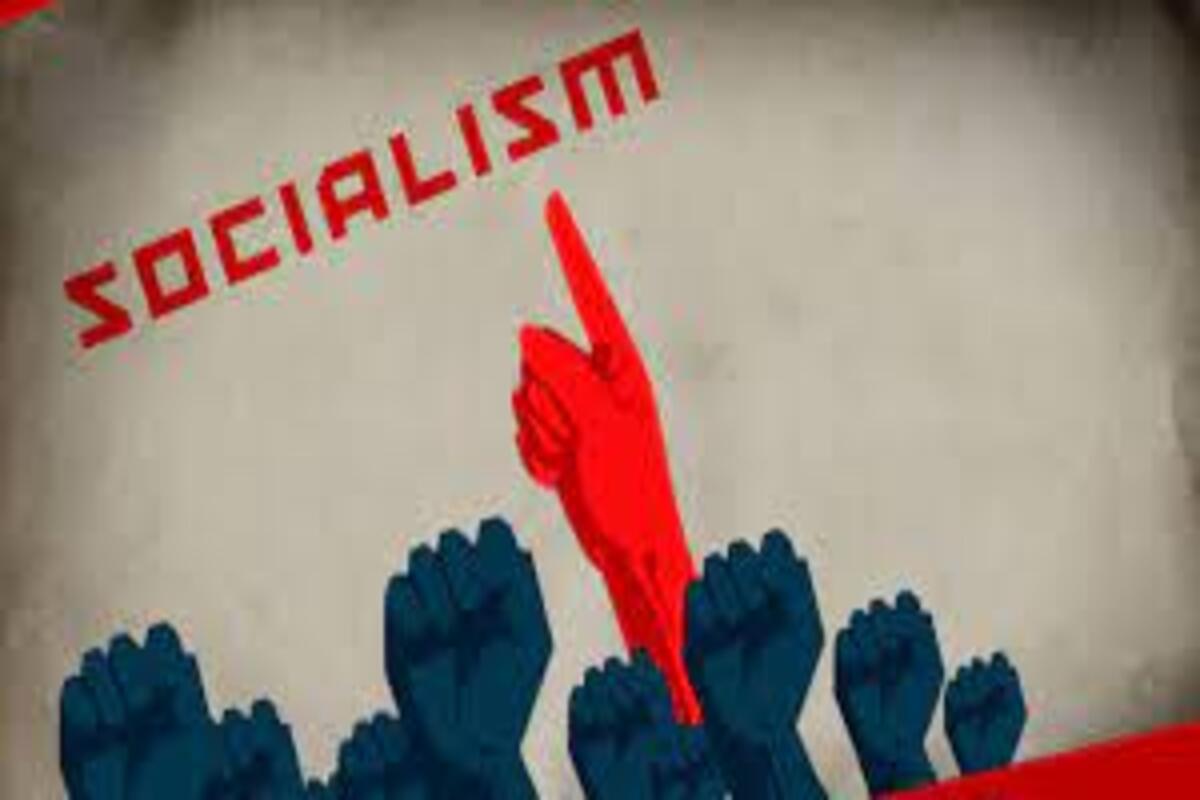 In the name of socialism – The statesman

The road leading to Ayacucho, the city where Abimael GuzmÃ¡n’s political experiment began (the main Peruvian political prisoner who died a few days ago at the Maximum Security Center of the Callao naval base), is very hilly and over time. and as we breathe an air of mystery. Located in the middle of the Peruvian Sierra, the city has long been marked by extreme poverty. It is part of a landscape where, until a few decades ago, agricultural production was still organized on a semi-feudal basis. It is a treasure that has never ceased to arouse the interest of anthropologists and specialists in popular traditions. And yet, it was precisely this remote place, until the mid-1970s, lacking an asphalt connection with the coast and a real electrical and television system, that gave rise to the events that changed, so irreversible, the contemporary history of Peru and which have returned to make this nation talk around the world.

In 1962, a twenty-eight-year-old university student arrived in Ayacucho to teach philosophy. Introverted and shy, he came from the beautiful city of Arequipa, where he had studied in Catholic high school, distinguished by discipline and asceticism. Shortly after his arrival, Abimael GuzmÃ¡n learned Quechua, the most common language among the indigenous peoples of Latin America, and began an intense political activism. A few years later, he would become famous around the world as the leader of the Shining Path, the Maoist guerrilla movement which in the 1980s waged a bloody conflict with the Peruvian state, causing the deaths of nearly 70 000 people in twenty years. In the 1960s, with the outbreak of the Sino-Soviet crisis, the communist world split into two blocs. Originally a Stalinist loyalist, GuzmÃ¡n sided with the Chinese and became a Maoist. The following years saw a succession of splits within the Peruvian left, and in 1970 GuzmÃ¡n distanced a splinter group from the main Maoist party, naming it the Peruvian Communist Party ~ Shining Path. The group declared themselves heir to the Chinese Cultural Revolution, which was “the main event in human history”, the one who discovered “how to change souls”.

Despite its proclamations, the organization was born without any connection with the peasantry. At its inception, its adherents were only 51 and, for a long time, its political presence was limited to the University of Ayacucho, where teachers and new technical staff from all the interior-south region of Peru were trained. .

During this period GuzmÃ¡n taught numerous courses on JosÃ© Carlos MariÃ¡tegui, a prominent Marxist ~ considered by many to be the Latin American Gramsci ~ who in the hands of GuzmÃ¡n was transformed into a Proto-Maoist thinker and father spirituality of the Shining Path, despite MariÃ¡tegui’s distance from such dogmatism. Relying on schematic Marxist textbooks, GuzmÃ¡n began to disseminate an extremely deterministic worldview among the Andean youth of the region. The aim was to create a monolithic group with an oppressive relationship between the political party and the society that left no room for autonomy in the struggles. The Shining Path has in fact systematically opposed strikes and land occupations, showing, on more than one occasion, an intolerance towards indigenous culture.

However, in Latin America, it is this party, small but supported by an iron discipline, strongly centralized (its main governing body was made up of GuzmÃ¡n, his wife and his future companion), and protected by the absolute secrecy of its militants. , which came closer than any other to the conquest of political power by arms, a feat achieved only by Fidel Castro in Cuba and the Sandinistas in Nicaragua.

Between 1968 and 1980, Peru, like almost every other country in Latin America, experienced a military dictatorship. In the late 1970s, GuzmÃ¡n left the university to go underground and formed the People’s Guerrilla Army, a structure parallel to the Shining Path. GuzmÃ¡n was convinced of the necessity of armed struggle; in its interpretation, violence was understood as a scientific category and death, consequently, as the price which humanity would have to pay for the realization of socialism: “the triumph of the revolution will cost a million deaths”.

The conflict arose in a surreal atmosphere. May 1980 saw the first political elections in Peru since 1963. In the central square of Chuschi, a village not far from Ayacucho, Shining Path activists burned all the ballots. The episode was completely ignored by the government, just as no attention was paid to the gruesome spectacle that the people of Lima were forced to witness a few months later, when they awoke to find dozens of dead dogs hanging from traffic lights and streetlights. , with the inscription, incomprehensible for the most part, “Deng Xiaoping son of a bitch”.

Initially, the Peruvian state underestimated the strength of the Shining Path. By the mid-1970s seventy-four different Marxist-Leninist organizations were operating in Peru and when Fernando BelaÃºnde’s government decided to intervene against Shining Path, they had no knowledge of the group’s political and military strategy. they were. fight. It was mistakenly seen as similar to other Latin American guerrilla groups (eg, those of Guevarian inspiration), from which, on the contrary, the Shining Path was completely distant. Despite the still insignificant number of its militants ~ in the meantime increased to 520 ~ and the rudimentary nature of its arsenal, mostly old rifles, the People’s War of the Shining Path advanced considerably during this period. Therefore, BelaÃºnde decided to use the armed forces and Ayacucho became the area of â€‹â€‹a politico-military command for the whole region.

This second phase of the conflict was characterized by the violent repression of the local populations. The racism of the town’s soldiers, who identified each campesino as a potential danger and a target to be eliminated, contributed to the increase in the death toll. Once the political sphere was removed, the civilian authorities were replaced by the army, which abused and arbitrarily directed the Civil Defense Committees, halfway between military camps and torture centers. Le Sentier Lumineux responded to this strategy by trying to create a â€œcounter-powerâ€: the Popular Committees. In other words, â€œliberated zonesâ€, strictly governed by commissioners appointed by the party, who served as a base of support for the guerrillas. In addition, GuzmÃ¡n decided to extend the conflict nationwide, starting from the capital Lima. As a result, by the end of the decade (also because in 1984 the Tupac Amaru Revolutionary Guerrilla Movement had also emerged) half of Peruvian territory was under military control.

In this phase, the Manichaen extremism of the Shining Path designated all those who did not belong to the party as enemies. All areas not controlled by the Shining Path have become military targets, including representatives of peasants, trade unionists and leaders of women’s organizations. They followed a strategy of selective annihilation, with the goal of creating power vacuum and then installing Shining Path leaders and activists in key political roles. In fact, local authorities (including the police) and leaders of social organizations were the Shining Path’s second target, after peasants who opposed its guidelines. In total, more than 1,500 people have died, including 23% of those who were deliberately murdered by Shining Path activists, and who were not killed in large-scale attacks.

At a time when Mikhail GorbachÃ«v started Perestroika in the Soviet Union and Deng Xiaoping was bringing China to capitalism, in Peru, GuzmÃ¡n was an outlier, giving directions for an escalation of the war. Under attack by the government in its strongholds in the most rural Peru, its influence grew in Lima, a huge city of then seven million inhabitants, with more than 100,000 refugees from the most dramatic conflict zones. The growth of the Shining Path was also possible due to the spirit of revolt that permeated the popular classes, struck by the social disasters caused by the outbreak of a serious economic crisis (in 1989 hyperinflation reached 2.775%) and by the severity of the policies imposed by the technocrats close to Alberto Fujimori, the dictator who came to power with the elections of 1990 and author, in 1992, of an autogolpe which led to the closure of the parliament and the cancellation of all democratic freedoms.

Meanwhile, GuzmÃ¡n inspired a combination of terror among many Peruvians, especially those who had reason to fear retaliation from the Shining Path. At the same time, Guzman’s cult of personality has reached psychopathic levels. With the disappearance of any reference to MariÃ¡tegui’s socialism, GuzmÃ¡n has turned into a semi-divine figure among party activists. (In 1988, the Shining Path numbered 3,000, while the People’s Guerrilla Army had 5,000 in its ranks.) In propaganda materials released at the time, GuzmÃ¡n was described as ” fourth sword (after Marx, Lenin and Mao) of Marxism â€,â€œ the greatest living Marxist on earth â€andâ€œ the embodiment of the highest thought in the history of mankind â€.
During most of the conflict, GuzmÃ¡n never left Lima and stayed away from the risks and hardships of war. He was captured on September 12, 1992, when agents of the Peruvian National Police (responsible for several bloody massacres during the war with the Shining Path) found in the trash cans of an apartment in an upscale neighborhood of Lima discarded tubes. of cream for the treatment of psoriasis, a known disease of GuzmÃ¡n. Shortly after his imprisonment, GuzmÃ¡n proposed the peace deal he had always categorically rejected before and, in return for prison privileges, even went so far as to praise Fujimori’s corrupt regime. These events were followed by eight more years of low-intensity guerrilla warfare between the deeply authoritarian and corrupt Peruvian state and an area of â€‹â€‹Shining Path ~ Proseguir (Continue) ~ that did not accept the turn of so-called “President Gonzalo”. “. Abimael GuzmÃ¡n spent the rest of his life in prison and died on September 11, 2021, just 29 years after his capture. He will be remembered for having given rise to the most abominable political experiment committed in the name of socialism.