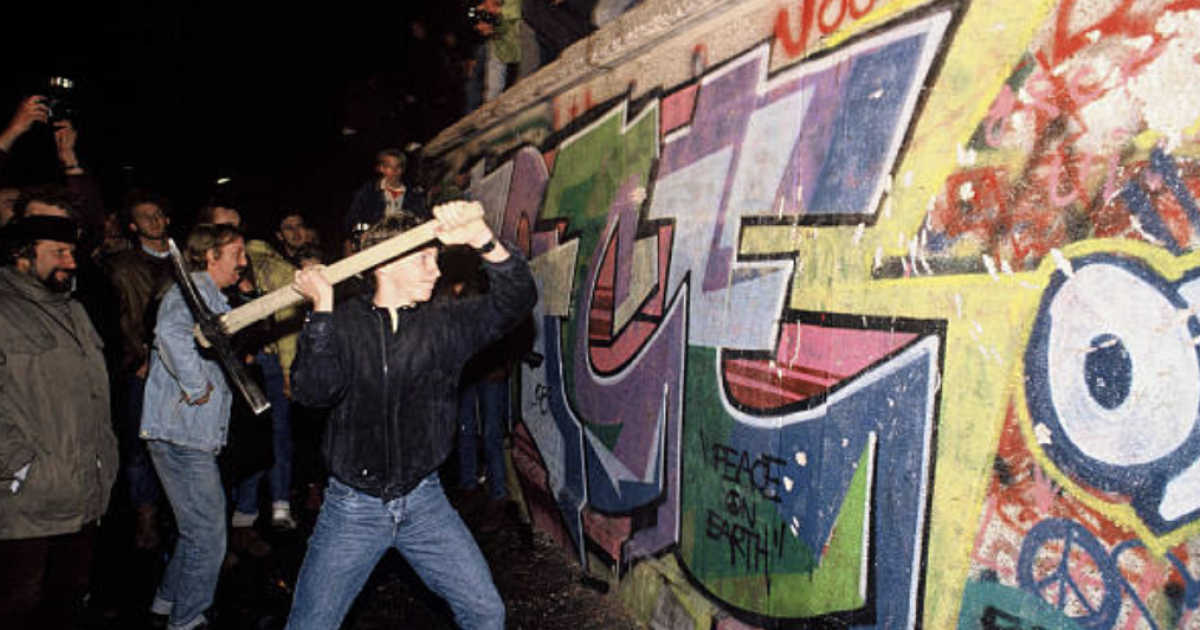 If socialism is so great, why were we all so ecstatic when the Berlin Wall fell?

Ttoday is the 32nd anniversary of the fall of the Berlin Wall. It is considered a landmark event in that it signified the collapse of the Iron Curtain that had descended on Europe after World War II. It was the beginning of the end of communism’s fierce grip on central and eastern Europe.

Americans remember this event, but it means so much more to those who lived in the region at the time. It’s a lesson I learned when I fell in love with a Bulgarian woman.

It is often said that love can be both a great educator and a great motivator. I didn’t expect this to apply to the story. Last fall I was dating Maria, a woman from Sofia, Bulgaria. While driving one evening in Philadelphia on our way to dinner, she put a song in the car and told me the most interesting story behind it. â€œThis is the song we played when we heard the news of the fall of the Berlin Wall,â€ she tells me. “It was played all over the country, and everyone was singing in the streets because we were all so happy it was over.”

For the life of me, I don’t remember anything from the song. But I remember the look in her eyes, every detail of her facial expression and the sound of her voice as she described the painful joy at the news of the fall of the Berlin Wall. Maybe it was because I was in love with her, but it resonated with me. The passion with which she described the fall of the wall could have been her own work of art. It really impressed me how horrible the Eastern Bloc must have been at that time.

This is something Americans need to hear at a time when they are more likely than ever to say favorable things about socialism, or to use words like “tyranny” and “oppression” to describe something. which is not even close. Whenever they can, leftists seize the opportunity to exploit the oppressed in a quest for absolute power. Their policies, tried and failed by the Communists during the Cold War, were only fair to the extent that they made life miserable for everyone. This is something Maria often told me. It is also a subject that Gordana Schifanelli, originally from the former Yugoslavia and current candidate for the post of lieutenant governor of Maryland, brought up with me.

It was her personal experience with the disastrous left-wing policies of the Eastern Bloc that motivated her to run for office. As we commemorate the fall of the Berlin Wall today, Schifanelli fears that our country is moving towards an ideology that kept people captive behind a wall and under true tyranny.

â€œUnfortunately America is moving so quickly towards socialism,â€ Schifanelli told me. â€œSocialism and collectivism are contrary to the US Constitution and the Bill of Rights. ”

â€œI remember the fall of the Berlin Wall,â€ she said. â€œPeople were celebrating in Yugoslavia. For the Communists, it was a day of defeat. America won. Capitalism won. American culture won. American pop and rock music won. Hollywood won. The American influence was strong and the Communists did not like individual freedom and the culture of the free spirit.

Schifanelli sees strange similarities between left-wing ideologies such as critical race theory and his own experiences with communism and socialism.

â€œSocialism brings conformity and order,â€ she said. “People were happy with minimal things while I and the younger generations wanted the wealth of Hollywood or an idea that we can someday make more money and enjoy the luxuries that the older generations didn’t think was necessary.” She chose to run for lieutenant governor because of the threat. posed by leftist ideologies that it recognizes only too well: “I would violate my oath of citizenship if I closed my eyes to the dangers to our people and my family,” she said.

â€œI received my US citizenship in 2004 at the age of 33,â€ she said. “I have consciously and willingly agreed to protect and defend my country from all enemies: foreign and domestic, and when I see apparent and imminent danger to our children in schools, the harm that collectivism and CRT training can cause them, it is my duty to step up and serve my people. ”

When the Berlin Wall collapsed in Germany, people hundreds and thousands of kilometers across Europe celebrated that moment. It wasn’t just a wall or a barrier; it was a cultural symbol that stood for many of the very things that the Liberals and Democrats are trying to bring to America today. And while these politicians declare these causes progressive, it is clear from the fierce backlash I witnessed from Maria that day how repressive such policies are ultimately.

As we commemorate the 32nd anniversary of the fall of the Berlin Wall, we can only hope that the lessons of history on communism will last long enough to save our country from its resurgence.