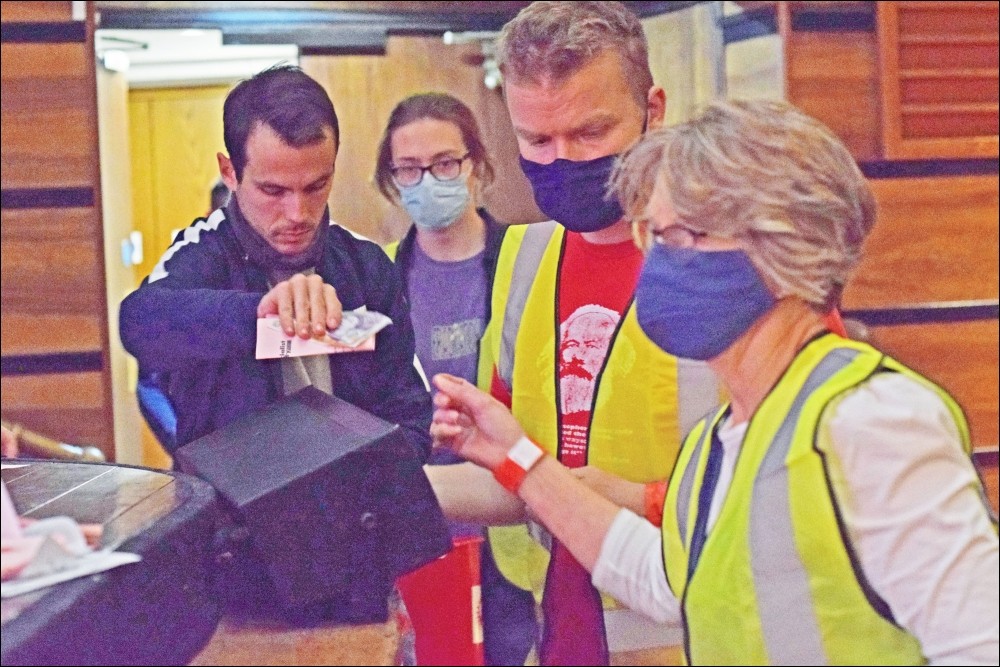 How we achieved our campaign fundraising goal

From The Socialist newspaper, December 1, 2021

Fundraising for the fight at Socialism2021. Photo: Mary Finch (Click to enlarge)

Roman orator and statesman Cicero described finances and resources as “the sinews of war” – and of course the same is true of the struggle for socialism.

So with a month to go and an unofficial 2021 Swansea and West Wales Socialism fund appeal target of £ 1,000 to be achieved, a coordinated and sustained campaign was on the agenda.

A bit intimidating for a newly elected fight fund organizer who quickly remembered that the Swansea branch and Wales as a whole had not missed a target for 30 years. No pressure then!

Building on Swansea’s long tradition of taking the fight fund seriously, the first step was to send an email to all members giving details of the call and stressing the importance of Socialism 2021. as our main public event of the year.

The second step was to contact members by email, text, phone or in person to ask them to promise what they could afford. There was an immediate response with many members promising what they could barely afford.

Currently we have £ 1,080 in pledges and we are spending the next week reaching out to the few members who have not yet made a pledge.

The benchmark has been set at a high level with a number of long-time members pledging to £ 100.

A relatively new member immediately pledged £ 75. She described how impressed she was with the Socialist Party and its determination to make a difference.

“The political and economic situation in this country is such a mess. With the Labor Party back in the establishment and offering no solution, it is easy to despair.

“Since joining the Socialist Party it is encouraging to campaign with people who are principled socialists and who are determined to play their part in defending our communities and fighting for socialism.

“It is so important to have the resources to build our party. I am optimistic about our future.”

New recruits and younger members, many of whom are poorly paid, unpaid or on student loans, and at the end of the capitalist crisis, have also made generous pledges.

One of them said: “We just can’t go on like this. No one else is going to save us, it’s up to us to build the Socialist Party.”

We seem poised to crush our combat fund target once again. Phew!

27 dead in the tragedy of migrants from the Channel

Bulb bailed out, nationalize energy to solve the price crisis

The “insufficient and faulty” startup program

After COP26: what next for the climate movement?

Behind the rural idyll – the problems of everyday life

Staff and students unite against attacks by university bosses

RMT strike against the suppression of night metro operators

Nottingham and Mansfield unions rally against cuts and for better wages

Walking to stop violence against women

Socialism 2021: How did we meet our campaign fundraising target

2021-12-01
Previous Post: Liquid Boris and the New Variant of Capitalism – Bella Caledonia
Next Post: Forget about socialism – shareholder capitalism is up to the task