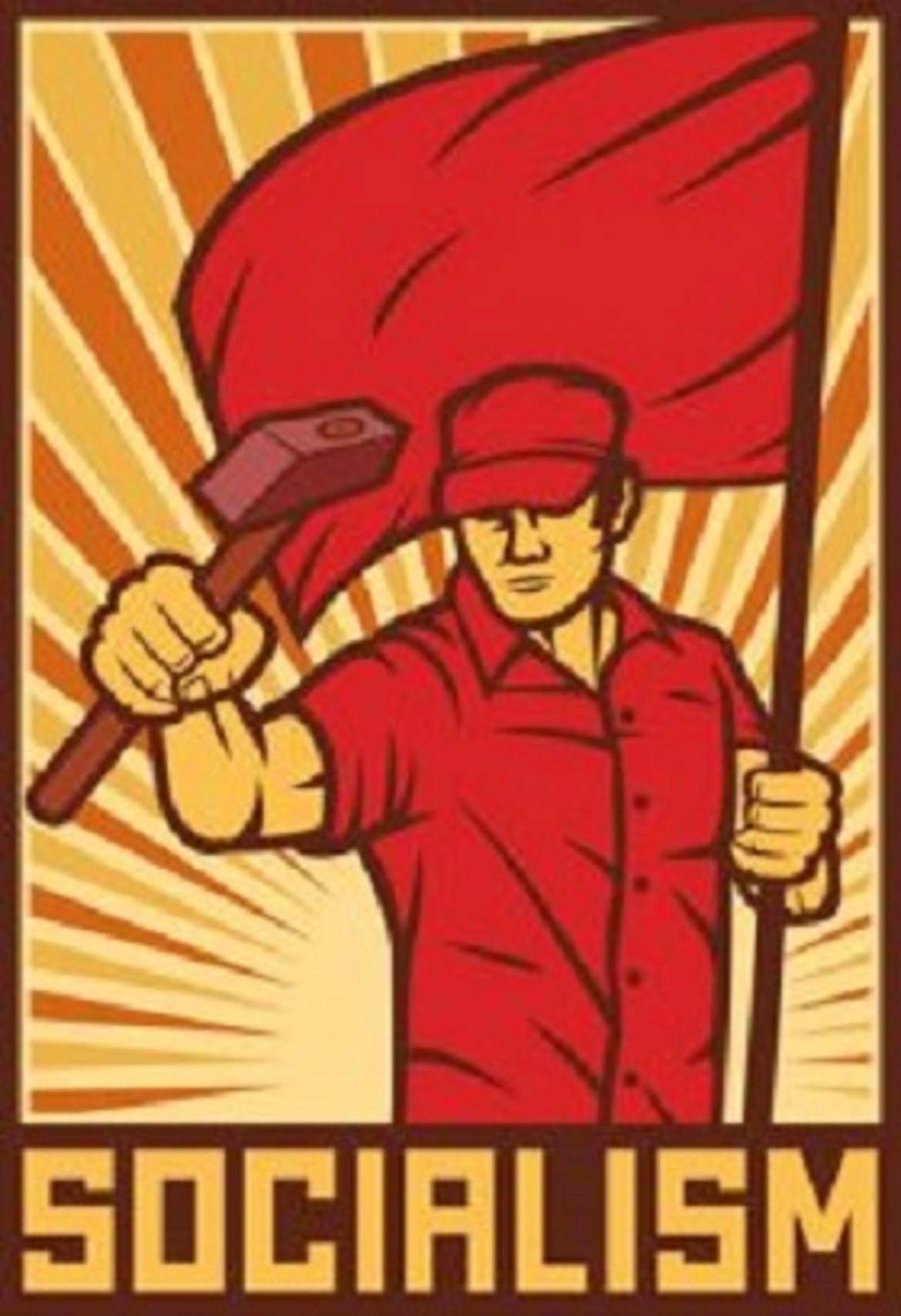 How socialism leads to more worker domination than free markets

One of the standard justifications for socialism is the claim that it will liberate workers from the domination of their bosses. After the revolution, the workers will no longer have to respond to the arbitrary whims of the capitalists or their managerial lackeys. Anyone who has ever had to put up with a mean or incompetent boss can easily see the intuitive appeal of this idea.

The intuition is supported by the ideas of “non-domination” theorists (not all socialists), who stress the importance of freedom from the arbitrary control of others. Even if the victim of domination has a high material standard of living, they claim, he still suffered a serious injustice. Thus, even the best paid employees of capitalist enterprises still work under the domination of the boss. Some non-dominationists add that this is true even if the dictates of the boss are always reasonable and he never abuses his authority. The simple fact that he could exercising arbitrary power over you if he wanted to is enough to make you a victim of subordination. Socialism would put an end, it is claimed, to this grave injustice.

In a recent guest post on Bryan Caplan’s “Bet on It” blog, political philosopher Christopher Freiman challenges socialism’s logic of non-domination. While this may free workers from potential domination by bosses, it exposes them to worse abuse from co-workers:

[I]imagine that Alice lives under capitalism and owns a restaurant. She has a somewhat puritanical sensibility and dislikes the look of her employee Tate’s new tattoo. However, she would incur a significant material cost if she acted on her anti-tattoo bias and fired him, namely the loss of a productive employee. So even if Alice doesn’t like tattoos, she has an economic incentive to grit her teeth and keep Tate on board. Indeed, it is plausible for Becker-type reasons that if Alice Is start making hiring and firing decisions based on irrelevant professional considerations like tattoos, she will lose productive workers to competitors and watch her business languish as a result. The system as a whole will punish arbitrariness even if a particular employer engages in it.

Now suppose Alice lives in a socialist society characterized by democratically run, worker-controlled co-operatives. She still doesn’t like tattoos, and Tate—now her fellow landlord—still decides to get one. As an individual worker-owner of the co-op, Alice can vote to fire Tate. Notice that his material incentive to not indulging in his anti-tattoo bias is much weaker in this scenario. Under capitalism, Alice’s decision about Tate’s job is decisive – if she wants him fired, he’s fired. Therefore, an arbitrary decision comes with a 100% chance of losing a high-productivity employee and taking money out of pocket.

However, under socialism, even if Tate is productive and firing him would worsen Alice’s economic situation, it may still be rational for her to vote to fire him to express his distaste for tattoos. The vote, unlike the firing decision in the capitalist scenario, is not decisive – it has a much lower chance of actually resulting in Tate being fired. Since his vote to fire Tate is relatively unlikely to get him fired, the vote has a relatively low material cost to Alice, making it more likely that she will. And the point goes for all other worker-owners, which means it’s a co-op-wide problem. (It’s true that Tate also gets a vote, but a single vote isn’t much of a safeguard against domination.) While socialists claim that collectivization will free workers from the whims of their bosses, they tend to ignore how collectivization subjects workers to the whims of other workers. Indeed, worker-owners have more incentive than capitalist employers to make arbitrary decisions, so we should expect arbitrary decisions to be more prevalent under socialism than under capitalism.

Freiman’s point can be extended in several ways. First, the dynamics he identifies worsen with increasing size. The greater the number of workers employed by a given enterprise, the lower the importance of a given vote in the assembly of the cooperative and the greater the incentive for voters to indulge in various prejudices. At the same time, the larger the electorate, the less likely it is that any potential victim of these biases will be able to wield enough influence to change the outcome. In chapter 1 of my book Freedom of movement: voting on foot, migration and political freedomI explain in more detail how these dynamics mean that democratic processes generally fail to solve the problem of domination, and even exacerbate it.

The danger of worker domination under socialism is exacerbated if the socialist system in question is one where corporations are not controlled by their employees, but by the government – ​​even a democratically elected one. In this case, the individual worker has even less chance of influencing the rules under which he has to live. And these rules apply not just to a company – which disgruntled employees can leave – but to every workplace in the economy. In this scenario, workers with minority preferences are likely to be dominated much more deeply than in almost any other.

In the real world, of course, “democratic” socialism is very likely to turn into dictatorship, as has happened with every large-scale experiment in socialism throughout history. Workers across the country then find themselves subject to the whims of a much smaller and more centralized clique of bosses who – unlike the capitalists – do not have to compete for labor. Dissident workers are lucky if they are only fired or demoted, instead of being executed or sent to the Gulag.

As Freiman implies, the best protection against boss dominance is the right to exit, combined with competition. If the boss makes arbitrary and unreasonable demands, he risks losing productive workers to his rivals. At the very least, it will have to pay higher wages to good workers to retain them. An employee who can say “no” to the boss by resigning has far more significant freedom from domination than an employee whose only recourse is, say, a 1 in 1000 chance of influencing the outcome of the next vote in the Assembly of workers.

Such exit mechanisms are far from perfect. But they are vastly preferable to socialist alternatives. And, as Freiman also notes, much can be done to increase mobility and competition within existing capitalist systems, including removing barriers such as occupational licensing and exclusionary zoning, which make it harder for workers to look for new opportunities.

Finally, it should be pointed out that while worker co-operatives are as wonderful as proponents claim, free market systems are entirely compatible with them. Nothing prevents people from creating businesses run by such collectives. Indeed, they have existed in “capitalist” societies for many decades now. If democratic co-operatives truly treat employees better than conventional bosses, this should give them significant competitive advantages over the latter in attracting productive workers. They wouldn’t have to pay such high salaries to recruit the best. And their happier workforce should be more productive, as a result, increasing their competitive edge even further.

The fact that co-operatives do not seem to be successful in most sectors of the economy is a sign that they may not be as important as enthusiasts claim. Either they don’t actually decrease worker dominance (perhaps for the reasons Freiman mentions), or employees care more about things like pay and benefits than non-domination.

Some might even prefer a workplace where management is handled by the boss (or his specialized agents), as they find it unpleasant and boring to spend time on governance. As Oscar Wilde so aptly put it, “The problem with socialism is that it takes too many parties”.

Either way, the existence of “socialist” firms in capitalist societies further expands the exit options for workers and further diminishes the risk of domination by the bosses. In contrast, a socialist society cannot easily adapt to conventional “capitalist” enterprises – at least not without ceasing to be socialist if capitalist enterprises begin to outcompete their co-operative rivals.

In sum, exit rights, not socialism, are the best antidote to authoritarian bosses. And if you’re a non-domination theorist, they’re also a much better solution to the problem of arbitrary power than democratic governance.