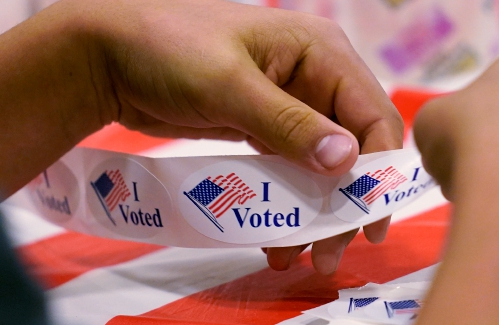 Good government is not socialism

A few years ago at a rally in my town, a feisty speaker said that our government was dipping into our pockets through taxes to steal our hard-earned money to pay for programs that are just gifts to a growing number of “undeserving”. “That’s not true.

This lie was created because the former president, the financial interests who support him, and the inventors and funders of the “big lie” regarding our free and fair 2021 election are painfully aware that the people they falsely qualify as “undeserving” have the right and the power to vote.

Let’s be clear. The former president and his supporters are convinced that our democracy itself poses an existential threat to their way of life. They would prefer a plutocracy, a government controlled by the wealthy.

In our democracy, we, you and I, govern through representation by legitimately elected legislators. Social programs exist because we, the people, believe that these programs are necessary and appropriate and that such programs, like our public schools, contribute to the common good, to the well-being of our entire society. But an insidious revolution, which has been in the making for decades, is bearing terrible fruit.

The long-held belief that public schools benefit all of our society has been intentionally and successfully undermined by a decades-long strategy organized and executed by entities such as the State Policy Network and the American Legislative Exchange Council ( ALEC) which provides model legislation for Republican lawmakers in every state to achieve such things as dismantling public education. But why target public schools?

Last year, the Republican majority in our New Hampshire legislature voted to approve a school voucher program. It is now legal for public taxpayers’ money to be used to pay for private, religious, or home schooling programs over which we, the taxpayers, have virtually no control. When asked why they support school vouchers, Republican lawmakers, most of whom were educated in public schools, said they believe New Hampshire public school students are being brainwashed by the teachers’ unions to believe in socialism. It’s not true.

Human beings are not perfect beings, so a free market is not always a fair market. Sometimes the phrase “it’s just business” is used to condone practices that are unfair, practices such as child labor, unhealthy and unsafe working conditions, and environmental pollution. The abuses of unregulated capitalism were memorably captured by Upton Sinclair in The jungle. Through bitter experience in times like the Golden Age, Americans recognized the need for wise oversight and proper regulation of capitalism.

Abraham Lincoln described the proper role of government as the bringing together of individuals to promote the common good, to accomplish what no individual can do so well alone. I believe that remains a strong and solid explanation of why our government exists.

Today, as during the rise of Nazism, the big lies were deliberately fabricated to stir up the anger of a manipulated segment of our society against the rest of us, against those of us who still believe the facts demonstrable, to the common good, to our democracy. .

What will happen if big lies are allowed to prevail? Our democracy will be destroyed. The authors of these lies will become the governors of our nation, and the dreams of Americans like Jefferson, Madison and Lincoln will die.

The death of our democracy will soon come, on our watch, unless each of us uses the powerful weapon that our democracy has given us: our vote. Remove liars and manipulators from the office. Vote to restore our democracy.

2022-01-13
Previous Post: Chile’s president-elect stresses the need for a socially progressive economic system
Next Post: MLK has rooted its anti-capitalism in its Christian ministry