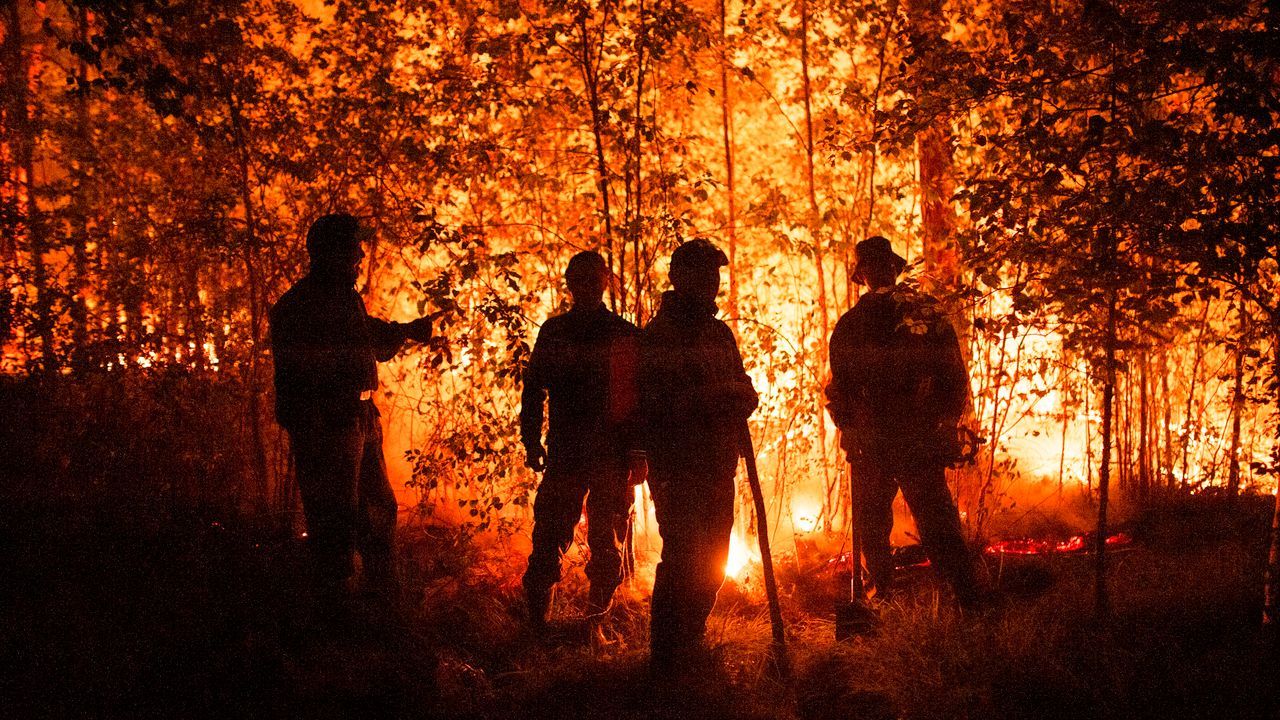 Extreme weather conditions, climate change and the case for socialism

The flood disaster in Humphreys County, Tennessee, over the weekend has so far killed at least 21 people, including two toddlers, and 45 others are still missing. The flash floods were the result of a storm that dropped 17 inches of rain over the area on Saturday night, possibly a new state record.

The deadly floods in Tennessee, as well as those in Michigan, are not just natural disasters, however. As with forest fires, hurricanes and polar vortices, floods are becoming more frequent and â€œextreme weatherâ€ events more severe due to human-induced climate change. This causal relationship was definitively established by the most recent report of the United Nations Panel on Climate Change, which stated that “human influence has warmed the atmosphere, ocean and land”, which in turn are linked to “observed changes.” in extreme conditions such as heat waves, heavy rainfall, droughts and tropical cyclones.

The same report also directly linked climate change to specific recent events, including flooding across Europe, wildfires in the western United States, droughts in various parts of the world, and more powerful hurricanes. , such as Hurricane Henri that hit Rhode Island on Sunday and caused power outages across New England.

Other recent extreme weather events related to climate change include:

â€¢ A record-breaking heat wave in Greece that reached 116.8 degrees Fahrenheit and sparked several wildfires across the country that have so far killed 2 people, injured 20 others, burned down several homes and around 482 square miles , and forced the evacuation of thousands of people. Similar to the UN, the World Meteorological Organization has linked forest fires to the impacts of climate change and global warming.

â€¢ The mountains of Algeria’s Tizi Ouzou region have been burned by more than 100 forest fires in the past two weeks, with heat from the fires apparently sweeping through mountain ranges. Hundreds of square kilometers burned and the towns of LarbaÃ¢ Nath Irathen, Beni Douala and AÃ¯t Mesbah were reduced to ashes, causing more damage than all the fires from 2008 to 2020 combined. So far, 90 people have died fighting the flames.

â€¢ Forest fires in Bolivia burned more than 580 square miles of land in the Amazon and Chaco regions. The areas include large populations of indigenous South American peoples as well as a variety of plants and animals. The region is also one of the most important areas on the planet for capturing and storing carbon from the atmosphere, one of many natural processes that reduce the amount of greenhouse gases in free circulation.

â€¢ The largest forest fires on Earth are currently occurring in Siberia, where hundreds of fires have burned more than 62,300 square miles of land since the start of the year, an amount comparable to the catastrophic bushfire season. Australians 2019-2020. The fires were partly exacerbated by record high temperatures reaching 118 degrees Fahrenheit over the summer. Smoke from the fires blanketed the sky for 2,000 miles from east to west and 2,500 miles from north to south, reaching as far as Ulaanbaatar, the capital of Mongolia, and for the first time to the Pole. North.

â€¢ Heavy rains in Turkey’s Black Sea region have caused flash floods which have so far killed at least 82 people. The deaths follow the July floods in Europe, in which more than 230 people were killed in Germany, Belgium, Romania, Italy and Austria. Other severe and fatal floods have occurred in China, the United States, India, Pakistan, Japan, Afghanistan and New Zealand, which have claimed thousands of lives and affected the lives of hundreds of millions. of people.

Another indication of global climate change, rain fell on the summit of Greenland on Saturday for the first time since the records began. Temperatures exceeded freezing for the third time in less than a decade, allowing abnormal precipitation to occur. The rain follows a significant melt in July, when more than 8.5 billion tonnes of surface ice melted in a single day. This rate of melt is similar to what happened in 2019, when a hot spring and heat wave in July caused Greenland to lose 532 billion tonnes of ice in a single year, causing the level to rise permanently. from the sea of â€‹â€‹1.5 millimeters.

Many other indicators of the dangers posed by climate change could be mentioned. As the geographic extent of the above examples indicates, there is no country that does not experience the deleterious effects of extreme weather events caused by climate change.

The scale of the disasters also exposes the bankruptcy of capitalism and its complete inability to face the ongoing climate crisis in any meaningful way.

Similar reports had been presented to the administrations of Democrat Jimmy Carter and Republican Ronald Reagan, who warned in the 1980s that the increase in carbon dioxide in the atmosphere due to the burning of greenhouse gases and the resulting increase in global temperatures would eventually lead to catastrophic environmental consequences. for the world’s population, such as melting glaciers, rising sea levels and entire coastal regions submerged by tens of meters of water.

More recently, the 2017 Carbon Majors report showed that only 100 companies globally now produce around 90% of all global greenhouse gas emissions each year and are responsible for around half of all greenhouse gas emissions. greenhouse effect caused by human activity since the industrial revolution. This same presentation also noted that if the trend towards the extraction and release of fossil fuels continued over the next quarter century, global average temperatures would be on track to reach an increase of 4 degrees Celsius by now. 2100.

Such a rise in global temperatures, for which the world is currently on the right track, would only be the precursors of much more devastating storms, longer heat waves, drier droughts and incessant forest fires. Along with rising sea levels and the drowning of every coastal city on the planet, coral reefs around the world would likely die, wiping out a cornerstone in the food chain and threatening survivors of massive famine floods. .

There is also the growing danger that Earth’s climate will enter a qualitatively different stage, one where the positive feedback effects of the current stage of global warming will ultimately decouple Earth’s climate from human industrial activity. Under these conditions, other geophysical processes such as the massive release of methane from melting permafrost threaten to warm the planet much more than even the burning of fossil fuels allows. Such a scenario would be exponentially more difficult to contain for modern scientific techniques.

For the capitalist class, however, stopping the cataclysms ending civilization is far less important than preserving their profits. As has been the case for decades, ExxonMobil, BP and other major fossil fuel companies, as well as the hedge funds and Wall Street banks that own their shares, are very concerned that coal, Oil and gas continue to be mined and sold to enriching others as well as their fellow oligarchs. If the Earth will be poisoned and burned in this pursuit, so be it.

A parallel must be drawn with the coronavirus pandemic. Just as politicians and media figures around the world have ignored or actively sought to stimulate deadly contagion to protect corporate profits, killing at least 4.4 million, they are actively behind the destruction of the world. ‘environment. The objective need to increase the rate of profit results in the acceleration of the exploitation of the world’s resources and has directly led to current (and future) ecological catastrophes.

Workers and young people must learn the lessons of the persistent inaction that is at the root of the current crisis. The fight to stop climate change, like the fight against the pandemic and the threat of war, must become political. It requires the revolutionary mobilization of the international working class against capitalism. It demands that workers understand that their social interests are objectively and diametrically opposed to those of the capitalists and private ownership of the means of production. It requires a fight for the socialist transformation of society.

2021-08-23
Previous Post: Are political Islam and socialism over?
Next Post: How the courage of young people created a strong post-pandemic socio-economic system in Ghana