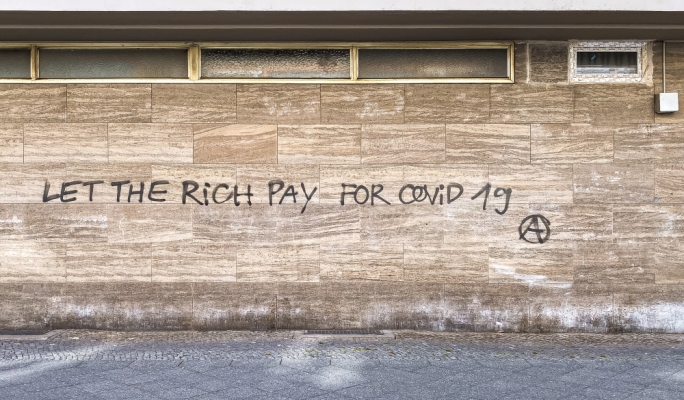 The group of socialist MEPs called for a fundamental reform of global tax rules if the world is to finance its adaptation to the climate crisis and the devastating effects of capitalism.

The report proposes an EU net wealth tax which ensures that the EU’s wealthiest households contribute to financing policies that promote sustainability and well-being.

â€œThe current levels of green and social investments are far from what is needed to make the transition to a carbon neutral economic model and a society without poverty possible. Public budgets are eternally tight and public debt is piling up while, at the same time, 25% of private wealth in the EU is owned by only 1% of the population, â€said S&D Vice-President Eric Andrieu.

â€œResearch shows how the modest and progressive taxation of this richer part of the population could generate surprising amounts of tax revenue – over 4% of EU GDP per year – which could help make society more fair and more sustainable for all. Based on this evidence, the report advocates the introduction of an EU wealth tax.

â€œThe EU must go along with the OECD on corporate taxation. Businesses need to take responsibility and our politicians need to be vigilant about corporate social and environmental control, â€said Andreiu.

“This is a roadmap for the big change … the only way for us to have a holistic vision with specific proposals to move us towards a more sustainable, fairer society with more human solidarity … we must adapt capitalism to this world, â€Garcia Perez said.

â€œWe say capitalism has become an unfair economic paradigmâ€¦ can we accept that the richest 1% in the world, those with more than a million dollars, own 44% of the world’s wealth? MEP Andrieu asked in his opening on the report.

â€œThe most critical message of this political report is that progressives must build a new alliance between ecological and social progress. The fight for the environment and the fight for a more egalitarian and just society are part of the same fight.

Among the most groundbreaking recommendations of â€œThe Great Shiftâ€ are: a fundamental reform of public policies at national and European levels in the economic, social and ecological fields by anchoring policy-making and GDP budgeting;

A gear shift at European level in defining sustainable legally binding goals, rules and standards to change the basic conditions on which our economic system operates, including a European law on responsible capitalism, an anti-poverty law EU-wide and a biodiversity law;

A change of course at the global level vis-Ã -vis multinational companies through a legally binding United Nations Convention on Social Responsibility;

2021-10-27
Previous Post: Book review: “The hour of socialism”, by Thomas Piketty
Next Post: The COP 26 showdown: green capitalism against eco-socialism