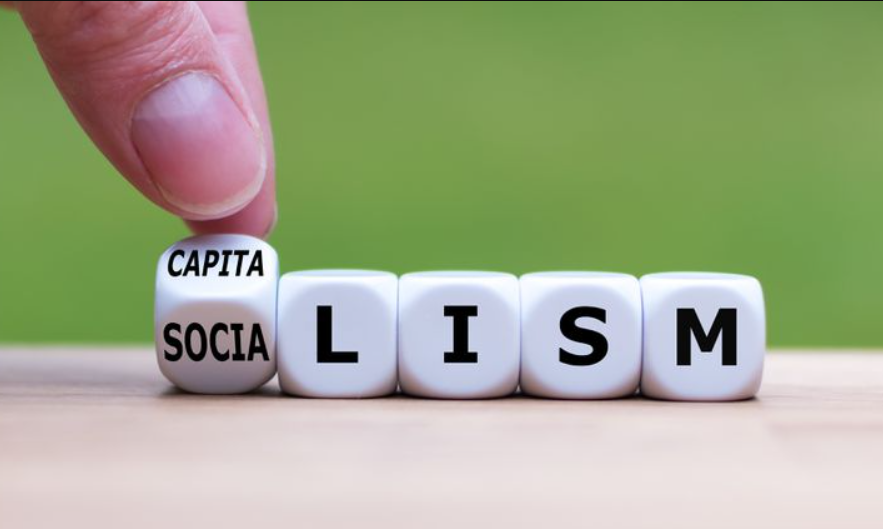 Equality and scarcity: why socialism is doing better than capitalism

Many will recall that the Soviet Union and other socialist countries in Eastern Europe were characterized by long queues of consumers for several products. This has been a source of much derision in the West and has been attributed to the inefficiency of the socialist production system, compared to capitalism where you just have to walk into a supermarket and buy what you want.

In fact, far from being a symptom of inefficiency, the long queues of consumers reflected the very egalitarian nature of socialist societies. Likewise, free access to goods under capitalism is based on the extreme income inequality that prevails in this system. This point can be illustrated by an example where we deliberately choose numbers that are identical in all other respects except for the distribution of income.

The capitalist economy, therefore, will not produce production at full capacity due to insufficient demand. Instead, it will only produce 66 2/3, because with this production and the same distributive shares, the capitalists will get 40 and the workers will get 26 2/3, so the total consumption will be 46 2 / 3, which, with the investment of 20 will be exactly equal to the production produced, 66 2/3.

Actual employment will therefore only be two-thirds of what it would have been if full capacity production had been produced; there would be, in short, massive unemployment. Since there is no question of shortage or excess demand (quite the contrary) in this economy, consumers can simply walk into any supermarket and buy whatever they want; there is no question of a queue for the goods.

In contrast, in the socialist economy, where production of 100 results in excess demand of 5, full capacity production of 100 will be produced. But, the question is, how will such an economy cope with the excess demand of 5? The easiest way to do this would be to simply allow prices to rise, until the real incomes of some consumers have been reduced enough to reduce their purchases by 5. But, generally, this would mean disproportionate pressure on consumers. workers who will have very few cash balances to deplete, to maintain consumption.

All of the excess demand for 5 will then be reduced at the expense of workers. But compared to this, a proportional reduction in the consumption of each will be better; this is what the socialist economies have done, by maintaining prices at the old level but by instituting rationing, so that the reduction in demand by 5 is more equitably distributed. It is this rationing that has forced people to queue for their purchases.

The fact that socialist economies were characterized by queues was therefore not due to inefficiencies in the system. On the contrary, it was a reflection of the fact that the system was concerned with maintaining inequality in the distribution of income. It did so in two distinct ways: first, by keeping the base distribution level relatively more equal; and second, by ensuring that if excess demand did arise nonetheless, its resolution would take the form not of regressive price hikes, but of rationing at given prices. The queues were the result of this rationing.

Undoubtedly, the effective implementation of such a policy in the socialist economy has encountered many problems, such as the privileged access of some (state or party officials) to scarce goods, and the violation the principle of equal rations for all by the institution of a principle of “first come, first served” which had the effect of arbitrarily distributing the scarce good. But, these do not deny the fundamental point that the observed scarcity of goods in a socialist economy was the result of a more egalitarian distribution of income.

Likewise, the plenitude of goods observed under capitalism is the result of the fact that vast masses of workers have too little purchasing power in their hands to purchase these goods, which is both a cause and a consequence of the mass unemployment which invariably characterizes this system.

The famous Hungarian economist Janos Kornai, critic of the socialist system that existed in his country, had said: “Classical capitalism is limited by demand while classical socialism is limited by resources”, which means that the latter makes full use of all its resources, including available labor. The reason he gave for this phenomenon was that under socialism, since companies are assured of government subsidies, they face a “soft budget constraint” that forces them to spend too much on investment projects, without too much. calculate on the potential rate of return; under capitalism, on the other hand, companies are faced with a “severe budget constraint” which makes them prudent in their investments.

While this may be true, there is an additional powerful reason that we have highlighted, why capitalism is limited by demand and socialism by resources; and this is the greatest equality in the distribution of income under socialism. In other words, since the level of aggregate demand in any economy (ignoring foreign trade) consists of two components, the level of investment and the level of consumption as determined by the average ratio of the consumption to income (or the propensity of the economy to consume as Keynes put it), Kornai’s explanation for the difference between capitalism and socialism refers only to the first element, whereas there is also a very important difference with regard to the second.

The greater equality in the distribution of income under socialism means on average a higher consumption-to-income ratio, and therefore a higher level of aggregate demand for a given level of investment (what economists call a more “multiplier” high for investment). This key aspect of socialist economies was missed by Kornai.

What good is the point, one might ask, of the point of saying all this now, when socialism in the Soviet Union and Eastern Europe has collapsed? Well, part of the reason is to remind us that, for all their limitations, the socialist economies were a group that achieved full employment, unlike what every other economy has done in the past 200 years. Indeed, capitalism cannot, by its nature, achieve full employment, whereas socialist economies had a very different dynamic which allowed them to do so. We must never forget that such savings existed.

The other part of the answer lies in the fact that the marked contrast between capitalism and socialism also applies to a lesser extent between interventionist and neoliberal regimes in Third World countries like India. Not that these countries achieved anything like full employment, but interventionist regimes had greater equality in the distribution of income due to which they faced problems of excess aggregate demand and had to resort to rationing various goods. .

This contrasts with the neoliberal phase in these same economies which saw a huge increase in income inequality and, as a result, a compression of purchasing power in the hands of the working masses, which gives a completely misleading impression of fullness. in supermarkets.

In India for example, according to Chancel and Piketty, the share of the national income of the richest 1% of the population was only 6% in 1982, before the introduction of “liberalization” which has been dated by many. 1985, but rose to 22% in 2013, the highest in nearly a century. Inflation under the neoliberal regime is therefore generally not caused by excess demand; it is generally administered by the government by increasing taxes on goods in common use rather than on the wealth or profits of capitalists.

But even this inflation is then sought to be controlled by imposing budgetary austerity (as if it were caused by excess demand), which further worsens the unemployment situation without lowering inflation. The government of India is now pursuing such a foolish exercise.