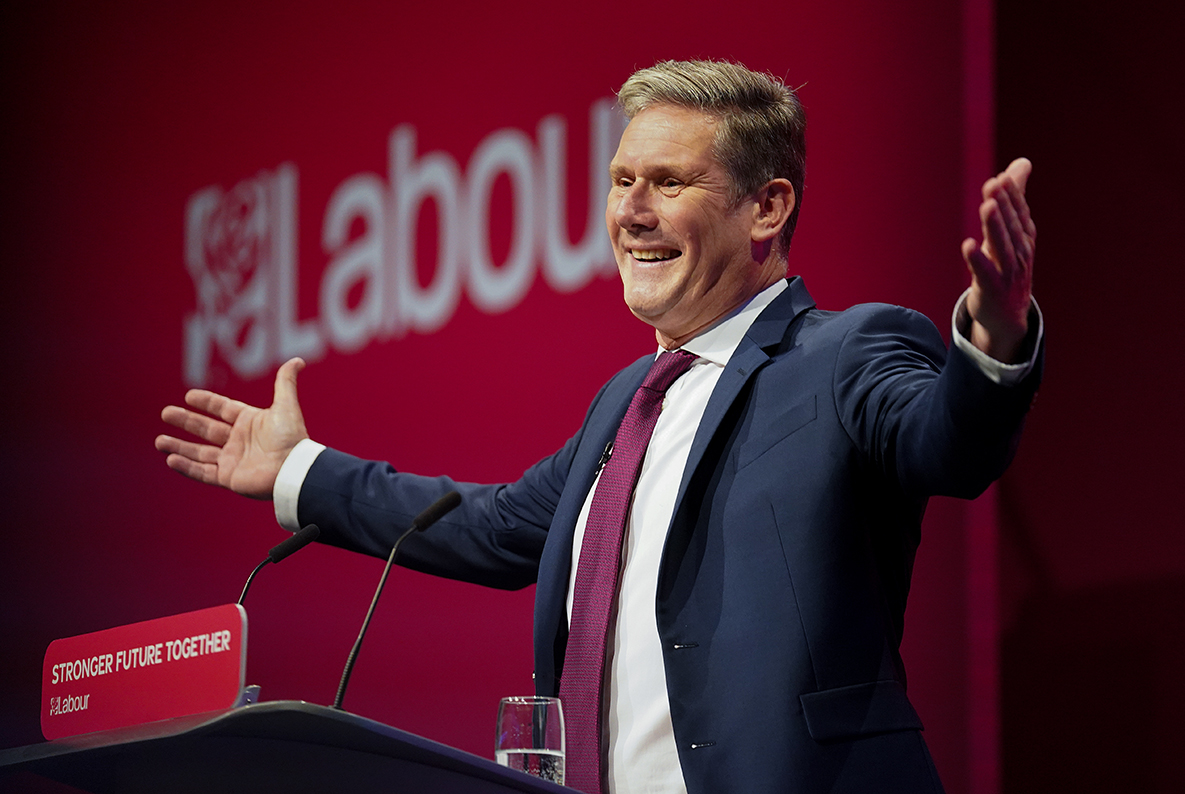 KEIR STARMER’s speech at the Labor conference was as offensive as it was empty: a series of platitudes tinged with contempt for the members and activists who make up the labor movement.

Six years ago, when Jeremy Corbyn won the leadership of the Labor Party, in part thanks to the large number of Socialists who joined a party that seemed irrevocably lost to the neoliberal right, he told those socialists: ‘Welcome to the House.

Starmer offered those same words to convenience stores who sabotaged Labor’s chances under Corbyn as he verified Blairite Louise Ellman’s name in his opening remarks. It was an aside all the more insulting as he didn’t even bother to mention the fact that an entire affiliated union representing low-wage workers in the food industry has been made so unwelcome it voted to disaffiliate a day earlier.

The Labor leader is as dishonest as he is disloyal, and his calculated slurs against Corbyn reflect that lie.

If working class people said, as he said, that their grandparents would have turned in their graves rather than voting Labor in 2019, what has that to do with a betrayal of the vote? for the exit from the European Union that he orchestrated in Corbyn’s Shadow Cabinet – and what to do with a daily five-year media attack on a Labor leader who actually offered real change?

Starmer does not ignore it. He spoke of Corbyn’s shameful misrepresentation in the media when he ran for his successor and needed Socialist votes. The balance was as meaningless as the one he took by posing in 2019 with a bakers union banner calling for fast food workers to be paid £ 15 an hour – something we have learned this week, he fought to refuse them.

The left and the labor movement must remain focused on specific demands, as this is a Labor leader who will squeeze through any loophole – and his “policies” are full of them.

What is the point of his call for delegates to “sound the approval of NHS staff” when he refuses to support the wage demands of the unions representing these workers? When a ‘triangular’ Labor has been so pathetic in his opposition to a Tory pay cut – hesitating that nurses deserve more than a 1% raise but refusing to say what their raise should be – he’s caught on the wrong foot by the Conservatives just a few weeks later, when they offer an insulting 3 percent, is it even better than what Labor was proposing?

The problems with Starmer’s speech are familiar. Labor no longer challenges ownership and control of the UK economy. It’s “back to business” – or back in the pockets of big business.

It will invest in industry and fight climate change, says Starmer – but what’s distinctive about it? The Tories have already switched to supporting public investment in industry, in part because of the Corbyn movement’s success in claiming there is an alternative to austerity and free market fanaticism.

We know that the Conservatives are “investing” public money in the enrichment of private companies at the expense of everyone else. But will also work on this prospectus.

A national energy crisis where bills are skyrocketing and gas pumps are drying up, combined with a conference decision to back nationalization and polls showing it has overwhelming public support, does not prompt Starmer to call for public ownership of this sector or any other. No, Labor is “back to business”.

He is a Labor leader who has no answer to the crises facing Britain and the world. Its capitalism of continuity is a dead end for Labor and the workers’ movement.

But we saw at the conference this week that a big militant left in the Labor Party still exists and can beat the right.

Starmer’s long dirge may sound like funeral, but our work remains clear. Do not Cry. To organise.

2021-09-29
Previous Post: Debate at the La Grange theater: “socialism” or good business?
Next Post: What exactly is capitalism and how does it affect you?