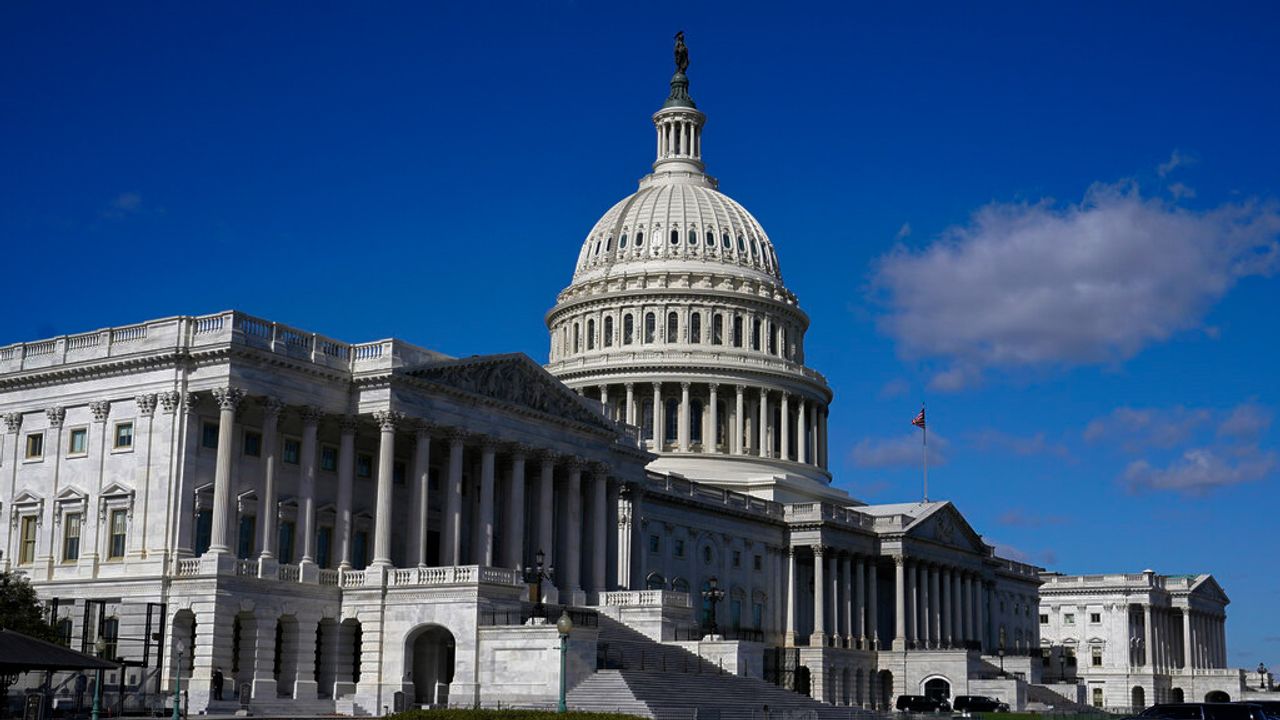 The announcement by the US Treasury that the national public debt has exceeded 30 trillion dollars is an important step in the deepening of the historic crisis of American capitalism.

Over the past few decades, and particularly since the financial collapse of 2008, the ruling class and its state institutions have attempted to cover up this crisis by flooding the financial system with money created at the push of a computer button. . But it continues to manifest itself, taking more and more malignant forms.

In its report on the level of the debt, the New York Times described it as “a worrying fiscal milestone that underscores the fragile nature of the country’s long-term economic health as it grapples with soaring prices and the prospect of higher interest rates.”

The magnitude of the debt is almost impossible for the ordinary imagination to grasp. But to put it into perspective, at $30 trillion, that’s now $7 trillion more than the entire gross domestic product of the United States — the total value of goods and services produced in a year — that amounts to approximately 23 trillion dollars.

And the pace of rising debt is accelerating. At the beginning of 2020, it was expected to reach $30 trillion by the end of 2025. The acceleration is attributed to increased spending due to the pandemic. But such an analysis ignores two essential facts.

First, the shock to the US economy from the coronavirus was compounded by the government’s criminal refusal – under Trump and Biden – to take meaningful public health safety measures, especially early on, that might have contained the outbreak. at first, motivated by fears that it would have a negative impact on the stock market. Additionally, much of the pandemic-related spending has gone into subsidizing billions of dollars for big business while providing them with new tax breaks.

Second, the rising debt, which dates back decades, is not the result of increased spending on social services and amenities. These have been continuously reduced. Rather, it is the product of increased military spending – the current military budget has reached a new record high of $770 billion – as well as continued tax cuts for the ultra-wealthy and big business with the result, as numerous studies have shown, they pay little or no tax at all.

These policies have remained consistent through the administrations of Bush, Obama, Trump and Biden.

Moreover, the rise in public debt is the result of deeper processes rooted in a transformation of the mode of accumulation of profits in the American economy.

The last four plus decades have seen the rise of financialization – the process by which profits are increasingly accrued from financial transactions through the stock market. This has accelerated over the past two years, with Wall Street hitting new all-time highs, driving trillions of dollars into the coffers of pandemic billionaires. The same processes are at work in all the capitalist economies of the world, taking their most extreme form in the United States.

The immediate questions that arise are how this debt will be paid and what are its implications for the working class.

Addressing the World Economic Forum‘s virtual meeting last month, US Treasury Secretary Janet Yellen said it was “important to assess debt sustainability in the context of the interest rate environment. interest” and that the US debt burden was “very manageable” due to low interest rates.

The so-called “management” of the national debt is carried out through the market for US Treasury bonds issued by the US government and redeemed by financial investors. However, in March 2020, as Wall Street plunged, this process completely collapsed when there was a run on public debt. At the height of the crisis, no buyer could be found for treasury bills, supposedly the safest and most stable financial asset in the world.

The crisis, which threatened to bring down US and global financial markets, was averted only through massive intervention by the Federal Reserve central bank, which supported all sectors of the financial system, spending at one point 1 million dollars per second. The result is that whereas in 2008 the Fed had $800 billion in assets on its books, it now has just under $9 trillion.

Over the past decade, the national debt has increasingly been financed through a circular operation in which one branch of the state, the government, issues debt in the form of treasury bills, while another branch , the central bank, bought it.

It has been calculated that since the Fed launched its second quantitative easing program in 2010, its Treasury debt purchases have funded between 60 and 80 percent of all government borrowing needs.

The result has been to keep interest rates at historic lows, fueling equity prices to rise to record highs.

The answer lies in the very nature of finance capital. It has an essentially predatory character. Not all financial assets by themselves embody value; they are a claim on value, in particular on the surplus value extracted from the working class in the process of production.

The essence of finance capital, as Karl Max noted, is its desire to “get rich not by production but by pocketing the available wealth of others”.

This dynamic, now deeply embedded in all structures of American capitalism, takes two forms: war abroad and social counter-revolution against the working class at home.

The Biden administration’s escalation of provocations against Russia over Ukraine is largely motivated by an attempt to project growing social and political tensions in the United States outward. In addition, longer-term economic factors are at work.

Since the liquidation of the Soviet Union by the Stalinist bureaucracy in 1991, key sections of the American ruling class and its representatives – the late Democratic national security adviser Zbigniew Brzezinski was one of them – have seen the plunder of Russia’s vast resources as a means of overcoming the economic decline of American capitalism.

The crisis of the financial system illustrated by the escalation of the national debt to dimensions hitherto unimagined is essentially a crisis of value. And the only source of value in the capitalist economy is the working class. Value can only be put back into the mountain of fictitious capital, of which the national debt is a component, by intensifying the exploitation of the working class to new levels.

Small incidents sometimes give a glimpse of larger developments. This is the significance of a recent the wall street journal article that chose to feature a commentary from a corporate CEO, forced to raise workers’ entry-level wages from $15 an hour to between $16 and $18, who expressed concern that “We don’t know when this hyperinflation of labor costs will end.”

Meanwhile, according to a Bloomberg report, pandemic billionaires, such as Amazon chief Jeff Bezos, are looking to outdo each other in their purchases of million-dollar superyachts, whose orders are up 77% from last year. the previous year.

Class battle lines are established. The ruling class has a clear agenda: wars for plunder and a massive assault on the wages and social conditions of the people in order to further enrich themselves.

The working class must respond with its own independent program worked out to the end: the struggle for socialism, the end of the capitalist profit system and the building of the revolutionary party to provide leadership in this struggle to the death.

2022-02-03
Previous Post: millennial socialism?
Next Post: African slavery and the rise of capitalism in North America and beyond