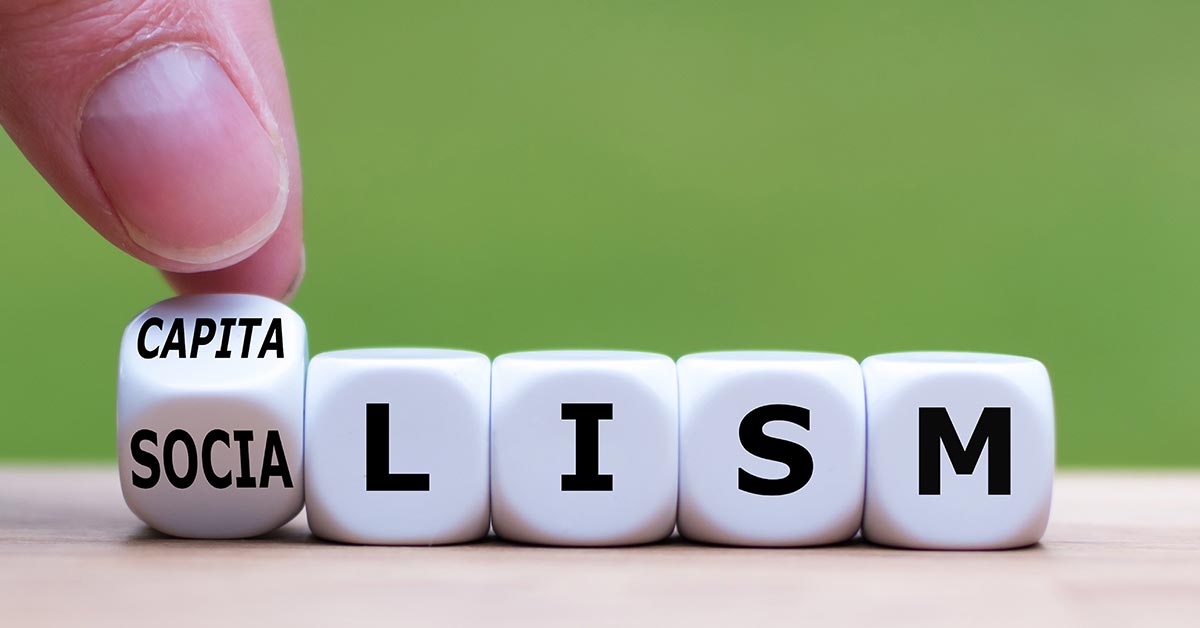 My colleague Jeff Jones recently reviewed Gallup’s updated research on American public responses to the words “socialism” and “capitalism.” The new data shows little change in these attitudes from previous surveys, with 60% of Americans having a favorable view of capitalism (38% unfavorable) and 38% having a favorable image of socialism (59% unfavorable).

Gallup’s historic follow-up to the views of the American public on socialism, which includes this year, is timely because the word has a continuing presence in American cultural and political discourse. In researching this article and several previous articles on the concept of socialism, I find consistent cases in which the word “socialism” appears in reporting and political dialogue, usually in the context of critical references to government spending programs. federal government.

The use of the term in the American political debate is not new. Franklin Roosevelt has often been called a socialist when he enacted his New Deal program to alleviate the effects of the Great Depression. Princeton professor Kevin Kruse has documented the routine use of the term “socialist” in the United States since the 1950s, most often in negative comments about federally funded programs – including the the interstate highway and the polio vaccine.

Presumably, conservative politicians, cultural critics and pundits who now speak of the term “socialism” with such frequency are aware that it generates more negative than positive public reactions – especially among Republicans, 90% of whom have an unfavorable opinion of the term.

But additional research reveals significant variability in what exactly Americans think of when they see or hear the term “socialism.” Dr George Gallup was apparently pondering this question in 1949, when he asked Americans, “What is your understanding of the term ‘socialism’? We updated this question a few years ago, and in reviewing this research, I wrote the perhaps obvious conclusion that “socialism is a broad concept which can be – and is – understood in various ways by people. Americans “. I summarized the research by saying, “Americans’ views on socialism have broadened. [since 1949]. While many still view socialism as government control of the economy, as a modified communism, and as embodying restrictions on freedoms in several ways, an increased percentage see it as representing equality and the provision of benefits by the government. . “

Being positive about socialism does not mean being negative about capitalism

It may seem logical that most Americans embrace one economic system while discrediting the other. But analysis of Gallup data on this topic shows that’s not always the case. Significant percentages of Americans simultaneously hold positive or negative opinions about both systems. A favorable opinion of one does not prevent having a favorable opinion of the other.

About four in ten Americans (39%) hold opinions that illustrate more complex views of the two economic systems. About one in five Americans (21%) test positive about both capitalism and socialism. This group presumably has no problem embracing both concepts simultaneously. The 18% of people who are negative towards both economic systems are likely skeptics with negative views on both systems.

Of the 38% of Americans overall in favor of socialism, just over half Also are favorable to capitalism. That leaves a 17% reduction in Americans who criticize capitalism and adopt socialism as its replacement.

Republicans are more consistent than Democrats in their views

Republicans are significantly more blunt in their views on the two concepts than Democrats.

About two-thirds of Republicans and Independents who lean for Republicans fall in the predictable (and logical) category of being pro-capitalism and negative for socialism. Some 19% are against both, with low percentages in the other two groups.

Democrats and Independents who lean for Democrats are much more varied in how they respond to the two concepts. We know from basic analysis of Gallup’s results that Democrats are significantly more likely than Republicans to be pro-socialism, and this reality manifests itself in the finding that more than six in ten Democrats belong to the one of two groups with a positive view of socialism. But the majority of Democrats who take this positive view are in favor of both concepts – socialism and capitalism, leaving just 28% of Democrats in the category conservative critics are most likely to give them: positive visions of socialism and visions. negative effects of capitalism.

To stay up to date with the latest information and updates from Gallup News, Follow us on twitter.