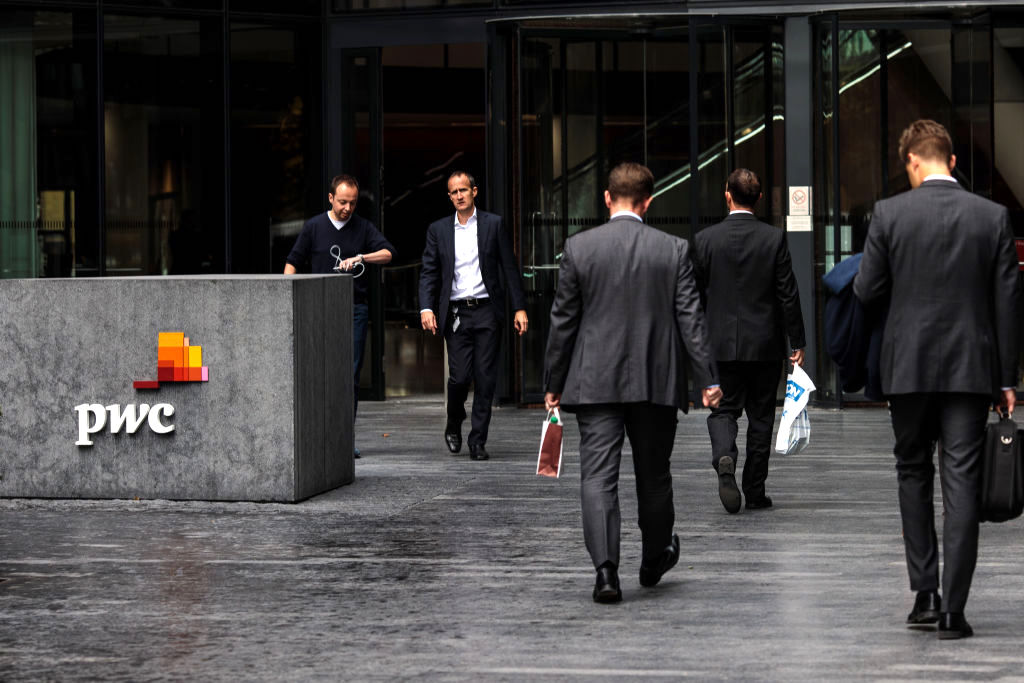 The pandemic has brought big spending promises – some even talking about post-COVID Keynesianism. Yet the rather grim reality is that the crisis has energized the influence of private consulting firms over the public sector.

These companies had already, in previous years, exercised a grip on the design of economic policy, thanks to the long-standing outsourcing of public functions to the private sector. But in today’s Europe, the EU’s â‚¬ 750 billion next-generation fund makes these companies the one-stop-shop for large companies looking to reap long-term profits. In this situation, it is increasingly evident that European stimulus funds – presented to the public as an opportunity to achieve a digital and green transition – will only increase corruption, spawning a new type of cartels.

After more than a decade of austerity in the eurozone – with civil service workforces frozen – governments have increasingly relied on outside help to perform functions that were previously performed internally. The myriad of contracts appearing in Spain’s official journals are just a few examples of a now long-standing story of covert privatization that has already cost state coffers at least â‚¬ 378 million, mostly over the past two years. The equivalent of the Equality Ministry’s total budget was spent on a wide range of outsourced advisory services, from strategic plans to the design of resilient policies, technical procedures and public relations campaigns.

What these contracts each have in common is that they were awarded to the Big Four Professional Services Firms: Deloitte, Ernst & Young, KPMG and PricewaterhouseCoopers (PwC). Since the start of the pandemic, these companies have been tasked with administering the reforms needed to mitigate the effects of the crisis – replacing the civil service by directing how public money is spent.

In Spain, the Big Four are drawing up plans for the use of Next Generation funding by departments of the Social Democratic Party of Spanish Socialist Workers (PSOE), which will then be submitted to Brussels for approval. For example, the entity attached to the Ministry of Ecological Transition relied on Deloitte to design green policies, while the Secretary of State for Digitization at the Ministry of the Economy outsourced the audit and monitoring service. grant management for technology transformation initiatives at KPMG and PwC.

Ernst & Young also advised the Minister of Inclusion, Social Security and Migration on the development of a reform which would oblige Spaniards to pay 35 years of social contributions in order to receive a full pension. In addition, the government led by the PSOE of Prime Minister Pedro SÃ¡nchez requested the collaboration of consulting companies for the drafting of the new decree of distribution of funds, while some ministries have even opted for a â€œpro bonoâ€ system – with consultants giving free advice in exchange for inside information. on government needs.

Such consultation for departments is already a big deal. The UK spent a total of Â£ 2.6bn on just eight consulting firms between 2016 and 2020. In Spain, the public sector accounts for 17.5% of total management consulting revenue, according to the Spanish association of consultants, whose president is herself a former minister of the PSOE. You can almost hear the doors open: in recent years, this industry has become the preferred private sector job for more than 20 retired Spanish politicians. Moreover, as a proportion of the combined revenues of the ten largest companies in each country, KermaPartners calculated in 2015 that the Big Four market penetration ranged from 6% in the UK to 30% in Spain.

The shift in the Spanish public sector towards advisory capitalists is part of a larger trend in the political economy of global capitalism, in which in the face of the economic crisis, large corporations depend on the state to continue the process of accumulation. Even in France, the once well-regarded elite civil servant has been sidelined by the government of Emmanuel Macron, which has increasingly relied on consultants like McKinsey, who are being retained to manage the campaign’s rollout. vaccination against COVID-19. In the United Kingdom, the Guardian recently reported a Cabinet Office and Treasury letter to senior officials asking them to curb the skyrocketing costs paid to private companies – stating that “we are too dependent on consultants.”

Neoliberal economists and Hayek’s â€œSpanish Bastardsâ€ should be proud of this new step in the eviction of the state – a process which has itself been fostered by European integration. The hallmark of Next Generation EU, as Daniela Gabor points out, is public-private partnership. In this model, understaffed and ruled governments turn spending responsibility to private initiative, with little strategic thinking or detailed planning. It places blind faith in the ability of these companies to solve everything from the digitalization of the economy to reducing our carbon footprint and even reducing inequalities.

The European Commission recently authorized Spain to spend â‚¬ 69.5 billion on the coronavirus stimulus package – with â‚¬ 37 billion already set aside for Iberdrola, TelefÃ³nica and SEAT, to be disbursed over the next year and half.

In that sense, Big Four consultants like Deloitte are proving that they can have their cake and eat it too. Because even if they advise some of the companies that benefit from economic aid (such as the oil giant Cepsa, the department store chain El Corte InglÃ©s and the electricity company Endesa), they are also retained by the same ministries that grant the subsidies. . . The Spanish government has committed nearly 25 billion euros in public guarantees to support bank loans for these companies.

Never mind, in 2013, the former CEO of the Official Credit Institute (ICO) was disqualified for seven years for conflict of interest with PricewaterhouseCoopers, after having awarded the firm several ICO contracts until ‘to nearly a million euros in four months. She was herself a former senior consultant at PwC.

There is a long list of corruption cases linked to such cronyism. A recent report by the Spanish antitrust agency confirmed the existence of “cartels which have manipulated public tenders for at least ten years”. The National Commission for Markets and Competition (CNMC) has ruled against several advisory service providers and some of their executives in the Basque Country, such as Sabin Azua, brother of a deputy vice-president in the region. After investigating two hundred contracts signed and awarded to these companies by public administrations between 2009 and 2018, it was shown that their modus operandi was based on the demand for bogus competing offers from other members of the cartel.

The companies were fined 6.3 million euros for “very serious breaches” of national antitrust law and EU competition rules. The biggest fine was imposed on Deloitte, the consulting arm of one of the world’s four big accounting firms. KPMG and PwC also received lower fines, as did UK firm PA Consulting.

In this sense, â€œone of the most serious casesâ€ described is that of the Bilbao Port Authority, whose administrators exchanged e-mails linked to the calls for tenders investigated with Deloitte. A separate section of the proceedings concerning the Basque Country proved that nepotism was widespread in the region. Asier Atutxa joined PwC from the Bilbao Port Authority in the summer of 2018, a year after the former won a technical assistance contract for the preparation of the authority’s strategic plan for 2018-22. PwC has since been awarded more than 20 million euros from 38 contracts with other Basque entities governed by the Basque Nationalist Party. Now these capitalists are hoping that a lot more money from Brussels will come into the territory.

If this was bad enough when lobbyists from well-funded lobby groups fought for market leadership in drafting legislation, today it has been replaced by advisory capitalism. We have moved from policy capture to open privatization of policy making. If this appeared in the guise of a return to “Keynesianism”, this ideological shift actually looks like the foretaste of a new era of austerity, coming to the Orwellian name of digital modernization and development. green.

The coronavirus crisis has shown that we need to rebuild public institutional capacities with a strong civil service and “radical bureaucracies”. Only the state has the capacity to mobilize the necessary resources to finance the projects necessary to address major contemporary challenges, such as the climate crisis and improving access to universal health care and education. Both are public goods that we must build and manage in the public space, not in the private sector.

But today we are faced with something quite different: a new phase of technocratic politics, with irresponsible consultancies shaping public policy around their private clients.

2021-08-11
Previous Post: Stand up against a rigged and rotten system
Next Post: My point of view: Difference between socialism, communism and capitalism – Albert Lea Tribune