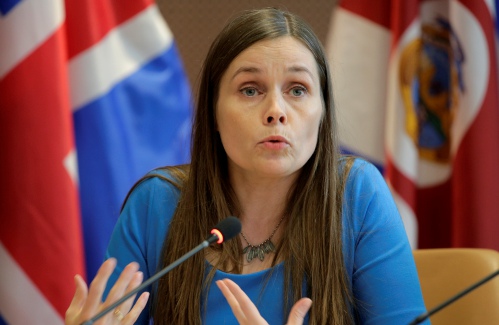 Why do we progressives react on the defensive when we are accused of being socialists?

We could explain that many systems of socialism include agreed economic policies and allocations under democratically elected governments. In contrast, under communism, the state controls property and resources. Communism has fascist tendencies where citizens have little say in the way things work. Socialism is democracy, and elements of capitalism coexist with it.

Let’s stop romanticizing capitalism as an ideal. In its most extreme form, it works as well as extreme patriarchy or white supremacy; in other words, it is a lamentable system of oppression for most people. The United States is not the only neoliberal capitalist country in the world, but it is the most extreme in terms of wealth inequality. According to a Forbes article (October 8, 2020), the richest 1% of American households hold 15 times more wealth than the poorest 50% combined. The wealth gap widened and economic inequalities increased in 2020 during the pandemic. It is particularly obscene that the wealth of billionaires has skyrocketed at an unprecedented rate.

As an imperialist power, the United States invades countries, engages in conflicts and wars, and supports dictatorships for economic gain. Retired US Army Major Richard Ojeda recently lamented: “Two trillion dollars to train and equip the Afghan army over the past 20 years. They fell in a week. It was never about a real training. These were military contractors and profit-making companies. I’m numb. “

Former Secretary of State Hillary Clinton quietly paid for charter flights to save women and children at risk in Afghanistan, while former Blackwater CEO Erik Prince monetizes the crisis by charging $ 6,500 per person for a seat in an airplane. His utter lack of moral coherence – taking advantage of desperation – is despicable and not surprising.

In the midst of a deeply divided society, I consider what Martin Luther King Jr. warned about the allocation of America’s resources. In 1967 he declared: “A nation that continues to spend more money year after year on military defense than on social upliftment programs is approaching spiritual death.

Iceland is a country to which I feel very connected in many ways. I traveled there for the first time in 2010, and several memorable events have happened. Since then, I have been there several times and made new friends there over the years. Iceland does not have an army, they have universal health care, and tuition is free at state universities. The poverty rate is 9%. It is closer to 14% in the United States.

In Iceland, the Prime Minister is the head of government in a multi-party system. Icelanders are consistently ranked in the top five for the World Happiness Index. The United States was ranked number 19 in 2019.

Countries with higher scores have stronger social support and universal health care. The Nordic countries rule at the top as democracies with less wealth inequality and regulated capitalism – what right-wingers here call “socialism”.

We can say that there would be no public schools, libraries, police and fire departments and maintained highways without our own support for these “socialist” programs through taxes. Senator Elizabeth Warren has worked for many years to ensure that wealthy residents and businesses pay their fair share. If the United States were better regulated, this would already be happening. The badly needed funding for infrastructure and poverty alleviation programs such as free tuition, health care, truly affordable housing and child care can be a reality if we simply insist on it. closing tax loopholes for the rich.

The most difficult and also necessary way is to seriously reduce our military budget and the dependence on an evil defense program. The latest figure, from July of this year, indicates that our annual budget stands at $ 778 billion, more than the following 11 countries combined. China, India, Russia, UK, Saudi Arabia, Germany, France, Japan, South Korea, Italy and Australia have a combined budget of 761 billions of dollars.

Imagine how much of these funds could help the residents of our country eliminate food insecurity and support businesses and farmers with better practices to do less harm to the environment. Fewer soldiers and more career opportunities in the United States. Jobs that are less likely to include trauma and physical injury.

Let us say to those opposed to socialism that we are all in favor of a socialist democracy. If they want an unjust and unhappy world with economic misery, they may need advice or a broadening of their knowledge base to think about the implication of their biases.

At this point, the world is messy and dangerous, and it’s time to create some new systems. Capitalism is an insidious form of dictatorship. The Supreme Court of the United States has ruled that corporations have the same rights as people in many circumstances while reducing the voting rights of real people. It’s ridiculous.