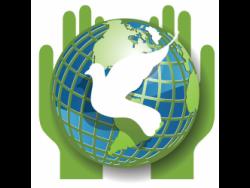 The concentration of carbon dioxide in the atmosphere before 1960 was less than 300 parts per million. It is now over 400 parts per million (National Oceanic and Atmospheric Administration). This is a concentration not seen for at least three million years, long before man existed. This environmental degradation was produced by communism, capitalism and socialism.

Scientific evidence suggests that if this continues, it will make Earth uninhabitable for humans in about 100 years. Earth has experienced five mass extinction events, all linked to climate change, whether caused by asteroids or some natural phenomenon.

This situation was created by the philosophy of profit (maintaining the system) on people. This is common in socialist, communist and capitalist economic models.

We cannot stop the world economic system because about 80% of the world population depends directly on it. Before the industrial revolution of the 17th century, the situation was reversed. We cannot continue with any current economic model; we can only tame the capitalist version with government regulation and the socialist version with more individual rights.

The new economic system will have to ensure that all humans can live without struggling for their material survival, which breeds crime and disorder.

The socialist myopia is to think that the government official will not become the percent who oppresses the people, especially the poor. Private property is important, but it does not belong to just a few.

The entire current economic system creates a Pareto distribution, where 80 percent of the wealth is owned or controlled by 20 percent of the population. It is not only through talent, government support has made them successful by diverting the resources of the many to give to a few.

An economic system must be the kind that comes from the word parent – treat everyone like a blood relative – and not let children go hungry or talented people not make their dreams come true because they are not. not connected.