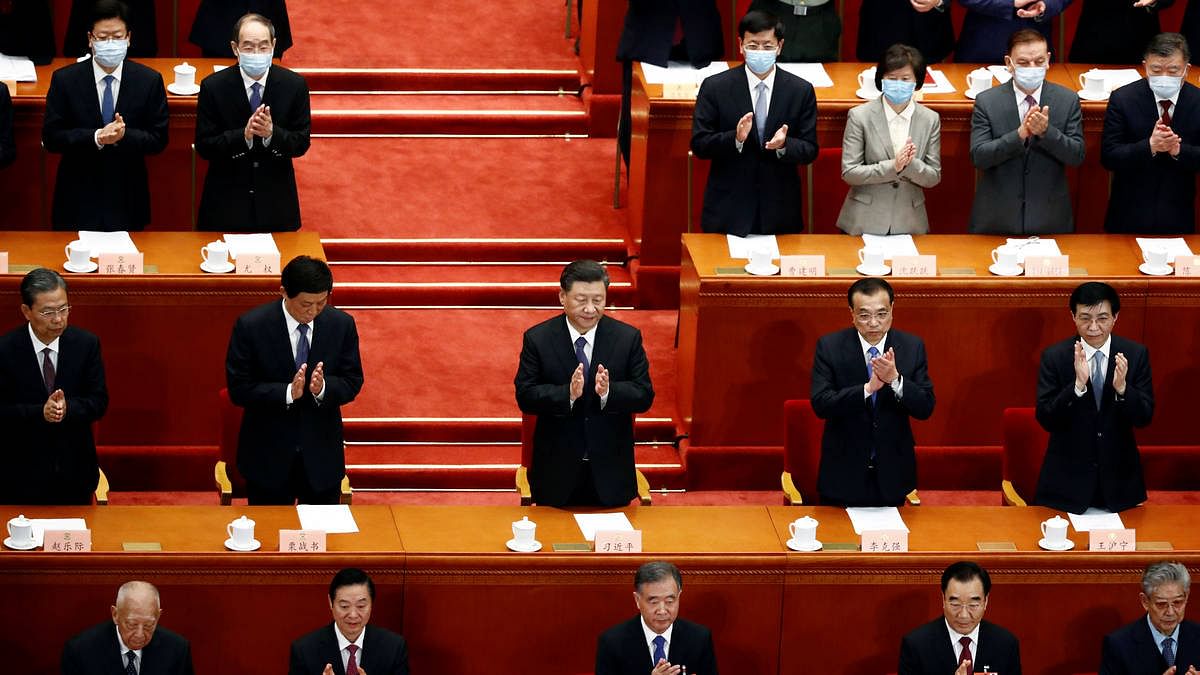 
Thank you dear subscribers, we are delighted with your response.

Your Turn is a unique section of ThePrint featuring the perspectives of its subscribers. If you are a subscriber, have a point of view, please send it to us. Otherwise, subscribe here: https://theprint.in/subscribe /

China began its experiment with capitalism in the late 1970s under then-President Deng Xiaoping, who enacted market reforms and focused on increasing the nation’s economic output as essential precondition for building an advanced socialist society.

The incredible feats China has achieved since its integration into the global economy could in large part be attributed to the Chinese Communist Party’s (CCP) plans to spur production and its pioneering drive to digitize the economy.

Why is there resentment among the Chinese?

Politically, China has always been a socialist society. However, the CCP made a conscious decision to allow the proliferation of a market economy that gave birth to companies like Alibaba and Tencent. As a result, China was seen as a prime example of a socialist nation that embraced the gains of a capitalist economy.

This duality in the Chinese system was, however, to one day create friction. This was because the monetary gain that precipitated the economic boom was largely confined to a select section of the population. A quick glance at the data from the World Economic Forum‘s Social Mobility Index suggests that China is lagging behind the United States, Russia, and nearly every country in the EU. China is only ranked 45th out of 82 countries tracked by the index. The index measures how difficult / easy it is for individuals to â€œclimbâ€ the socio-economic ladder and the factors that affect it. The accumulation of disproportionate wealth among the wealthy is clearly a barrier for low-income households who cannot afford a good education and health care for their children.

According to a Forbes article, China has won the most billionaires in the past decade. The capitalism that lifted millions of people out of poverty has also created great economic divisions within Chinese society.

In a bid to quell the social unrest that growing income disparity is precipitating in Chinese society, Xi has launched a series of crackdowns to quell the growing influence of billionaires and big tech companies. Its latest target has been the booming Edu-tech sector in China. The radical new regulations brought in by the CCP effectively destroyed the entire Edu-tech industry overnight. Xi said this was done to reduce the financial burden of education for families and improve children’s mental health. In recent years, it has also targeted other big tech companies like Alibaba, Tencent, and Didi for their monopoly practices and non-compliant behavior. Most notably, the imposition of a $ 2.8 billion fine on Alibaba during its anti-monopoly investigations. Collectively, the Chinese government destroyed nearly a trillion dollars in valuation just last month by strangling its tech companies.

It is clear that the CCP is trying to rule over tech giants and other billionaires to limit their public influence and exercise supremacy over everyone, regardless of their economic capacity. However, there is another aspect of these developments. Xi realized that capitalism, which brings prosperity, also breeds economic inequality. Its recent statements and public actions indicate that China is moving away from a free market economy and towards a more governed way of dictating market forces. This is the Chinese way of bringing “common prosperity” to its people.

With the end of China’s love affair with capitalism, we return to our original question: Can socialism and capitalism coexist? Well my answer to this question is no. Keeping aside the issue of income disparity, there are other inherent issues as well. First of all, capitalism brings money, and money brings power. And in a socialist system, the state cannot afford a situation where few individuals acquire enough power and influence to influence public opinion. Second, the proliferation of capitalism requires the free flow of information and a more direct engagement of its people with other democratic nations. Socialist nations believe that Western information and influence can be a precursor to pro-democratic activism.

The Chinese government has consciously decided to destroy the wealth of the rich to appease the lower and middle sections of their society in what they call a campaign for common prosperity. It remains to be seen whether this decision to push back towards socialism will be successful in the long term.

These parts are published as received – they have not been edited / verified by ThePrint.

India is all the more in need of free, fair, uninhibited and questioning journalism as it is facing multiple crises.

But the news media are in a crisis of their own. There have been brutal layoffs and pay cuts. The best of journalism is shrinking, giving in to crass spectacle in prime time.

ThePrint employs the best young reporters, columnists and editors. Supporting journalism of this quality requires smart, thoughtful people like you to pay the price. Whether you live in India or abroad, you can do it here.

2021-10-16
Previous Post: PRO: Postal banking would help lift millions out of poverty and close the racial wealth gap | national news
Next Post: Is the propaganda war against China aimed at eradicating socialism?