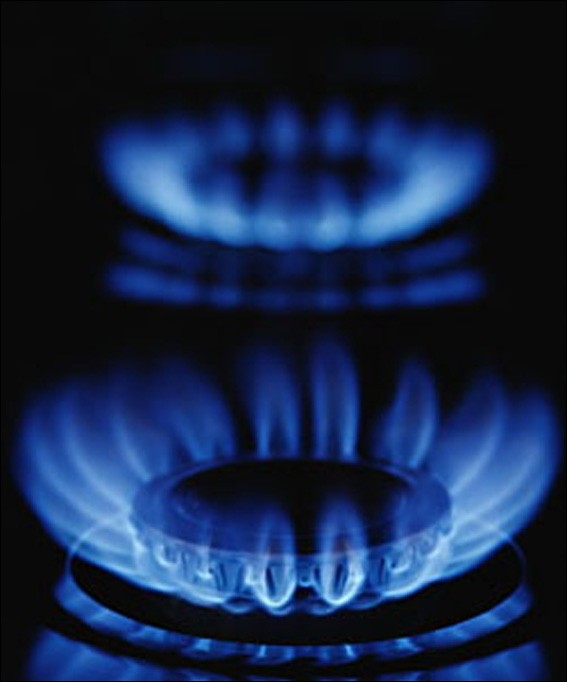 Catastrophic rise in the energy bill – a crisis caused by capitalism

The situation will be made much worse by National Insurance hikes and Universal Credit cuts last fall – and now topped by a 54% rise in energy bills.

All this, especially the increase in the bill, will hit the most modest the hardest. Regulator Ofgem said the annual cap would now be set at £1,971, an increase of £693.

For customers with prepaid meters, the price cap will increase from £708 to £2,017. The number of families in fuel poverty, forced to underheat or undernourish or both, will increase to six million!

The fear that the resulting anger would result in a challenge to their right to govern compelled the conservatives to propose certain measures.

To say that they are insufficient is insufficient! This is a £200 grant – to be repaid, including by future customers who have not received it, through our energy bills over the next five years – and a £150 rebate for those who pay the housing tax in the lowest brackets.

Conservatives combine these crumbs with claims that the situation is beyond their control.

Is it? What is the cause of the catastrophic increase in energy bills? In a new poll by the Energy and Climate Intelligence Unit think tank, the second highest number of respondents believed the price hike was due to measures taken by the Putin regime in Russia. The third most often cited reason was the increase in global demand.

Conservative politicians are happy to promote these misleading arguments – that the forces beyond our shores are to blame and therefore there is nothing they can do to mitigate rising energy prices. But like almost everything Conservative MPs say, it is a lie.

About half of Britain’s gas supply is domestic and about a third comes from Norway, with the rest mainly imported as liquefied natural gas (LNG) from other countries.

Russian exports account for around 3% of UK gas consumption – and while Putin and Gazprom bosses are no doubt being flexible, there is no evidence that gas orders are being held back.

However, the way gas use is organized in Britain, on a ‘just in time’ model, means that price fluctuations on the wholesale market can have a drastic impact. Oil production was slowed during the lockdown and inevitably the reopening of society created pressures to cut supplies.

Of course, the fluctuations have been dramatic: petrol prices have increased ninefold in the year up to Christmas and are now five times higher than they were in January 2020. During the first lockdown oil price was $40 a barrel and now it is threatening to top $100.

But what causes price fluctuations? Is it a natural phenomenon beyond the reach of government measures?

The main answer given in the survey about what people think behind rising bills points to the heart of the matter: the profits of energy companies.

As with all the problems that working-class people face, rising energy prices stem from the capitalist us-and-them system in which we live.

For “us”, this means a drop in the standard of living: what does this mean for “them”?

The surge in global gas markets in the final months of 2021, combined with a rebound in oil prices to seven-year highs, means BP and Shell are set to make £40bn in profits this year. It is reported that Shell will repurchase $8.5 billion worth of shares by the end of June, showing that the money is flowing.

In fact, Shell and BP have funneled £147bn to shareholders via dividends and share buybacks over the past decade. BP CEO Bernard Looney said in December that the energy crisis had turned the company into a “cash machine”!

The bosses of the six big energy suppliers are among the best paid in Britain. The biggest energy companies made more than £3bn in profits in 2020. The latest available Companies House accounts for E.ON UK, SSE, EDF Energy, Scottish Power and Centrica show their profits totaled nearly £100 £ per second.

The production and distribution of energy is not based on the needs of the overwhelming majority of the population and the environment, but on the profits of extractive companies and energy suppliers.

This is expressed most clearly in the way the working class and poor who live in major energy-producing countries cannot afford to buy oil and gas – in Africa, the Middle East and beyond. It is the result of the “market” for energy – energy for profit, not for need. The market system doesn’t work for any of ‘us’ – workers in any part of the world – just for ‘them’.

One of the factors behind rising gas and oil prices is speculation. Expectations that the price of oil will be higher in the future drives investment funds, and as the demand for futures contracts increases, their price also increases, which also changes the current price of oil. The EU and its individual capitalist governments have spent decades opening up the gas market to greater competition and less price controls.

European regulators have deregulated the gas sector and encouraged increased investment in pipelines and LNG import facilities. Speculation is essentially the act of buying something today with the anticipation of selling it at a higher price at a later date – more profit. Natural gas contracts for 2023, 2024 and 2025 are currently trading between 50% and 100% above their average for the past decade.

It’s not even that oil producers never intervene in the market. For example, OPEC-plus oil-producing governments and their “allies” agreed during the pandemic to slow oil production – not for the environment but to prevent the price from falling to zero in times of low request. What this shows is that we need planning – but in the hands of the working class, for the needs of humanity and the environment, and not for the few wealthy fossil owners.

Another factor is the historically low level of investment in energy production, storage and distribution. Energy companies say their future is unclear, given the move towards renewable energy, and therefore the investment is not profitable. What is abundantly clear is that the privately owned and controlled energy market cannot be trusted for the necessary investments in green alternatives.

To take the necessary urgent measures, it is necessary to nationalize. Calls for an exceptional tax on these profits are increasing. However, that would still leave the ownership and management of energy in the hands of energy companies – and for living standards and the environment, that only means continued disaster. No wonder a majority supports the nationalization of energy companies.

As support for this demand grows, defenders of capitalism will make all sorts of arguments against it.

For example, they will claim that nationalization would not really be in the interests of workers, since workers’ pensions are invested in energy companies.

But the labor movement can respond by presenting an agenda that reflects both the interests of those who need an end to private ownership of energy and those who need decent pensions – compensation can be paid to investors on the basis of a proven need. Democratic, accountable and representative workers’ committees could oversee this.

But even public ownership of whole swathes of the British economy, in the hostile climate of a capitalist global economy, would only be a first step towards breaking corporate power. International solidarity and international planning are also needed.

However, if there were general elections tomorrow, we would end up with a government opposed to nationalization. This is because none of the establishment parties – the Conservatives or Starmer’s Labor – support this necessary policy. We need a party that does.

The fight against the energy hoax and the environmental catastrophe is an integral part of the struggle to build a new mass workers’ party that represents our interests with a socialist program.

2022-02-09
Previous Post: Should the US payment system have digital currency? | Opinion
Next Post: OakParkFinancial loans available for all credit scores