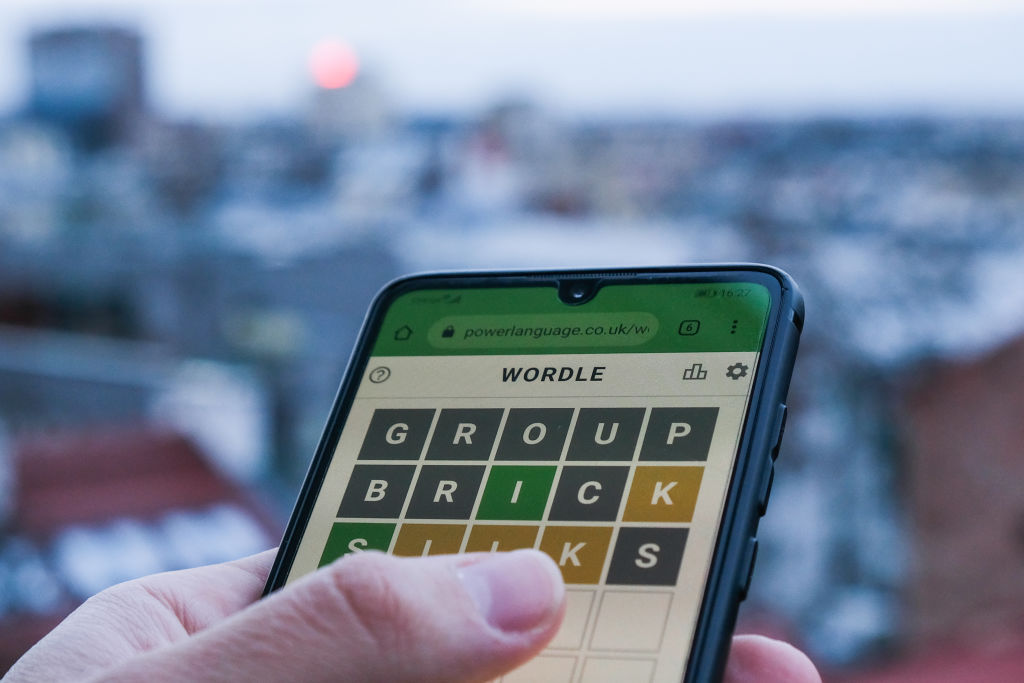 Online comments and complaints have been circulating freely since the New York Times announced that it was buying Wordle, the online puzzle game that has become a global sensation, and I’m not alone in lamenting the likelihood that Wordle will soon be transformed from some sort of public good available to everyone for free into a other secure paid game internet equipment.

But as one of the many people for whom Wordle has become an indispensable daily pleasure, what I find most disheartening about the news isn’t just the prospect of gaming being commodified, however undesirable that may be. to be. In fact, it wouldn’t be rational under capitalism for Josh Wardle, the creator of Wordle, to continue to provide us with his brilliant idea and his day job for free, given that he also has to work a real job and survive Brooklyn. To his credit, he wasn’t greedy: Wardle probably could have sold the concept for a lot more money to a game company. the New York Times wasn’t the worst choice; even if the Time monetizes Wordle, it will at least help support the newspaper’s still much needed newsgathering.

Although everyone plays alone, Wordle is a community experience because the daily word is the same for everyone. A sharing feature makes it easy to show others your results with a color-coded grid that shows how close you got to the guess count, without revealing the word. Most of the time, my teenage son and I text each other with our grids and scores. I don’t post my Wordle results on social media because I understand why people who don’t play find it tedious, but I like seeing other people’s. I used to think the display of scores and grids was boastful and annoyingly competitive, but that’s not the overriding spirit in which people share them. On the contrary, it’s nice to see how many different routes everyone takes to get to the same endpoint.

But Wordle is not unique. Consider the state of minor league baseball. Many cities are losing their teams because for the Major League brands, which are the parent companies, the minor leagues are not profitable on their own and the farm system is no longer the most efficient way to generate revenue. Major League players at the time. predictive statistics. Never mind that minor league games bring hours of joy to working-class people and a sense of community to many small towns. (To get a sense of the economic logic of this travesty and what our culture is losing, I recommend this recent report beautifully Harper’s article on the disappearance of the Appalachian League.) Capitalism does not encourage collective joy.

The same can be said of many other small collective pleasures: many of us enjoy Instagram, TikTok and Facebook, as well as video games, but the pursuit of profit has eroded at least some of that digital pleasure over time. . In response to the outcry over Facebook’s ridiculous new 3D avatars, BuzzFeedby Kelsey Weekman wrote this week that “we shouldn’t always let our distaste for social media billionaires keep us from having fun online.” I admire his attitude, but it considerably complicates our efforts in this direction. Video games and social media platforms are designed to be addictive, which is more profitable for businesses, but can cause stress in the rest of our lives and a range of mental health risks, especially for adults. youth. Social media algorithms favor content that will anger or upset users, drawing us into unnecessary conflict, which, for those of us initially constrained by the potential of these photo-sharing platforms of cats playing with boxes , was disappointing. We like to create and share playlists on Spotify, a pleasure recently marred by the controversy over Joe Rogan’s anti-vaccine propaganda, but the latter is much more profitable for the company than our playlists, or, unfortunately, even the music of Neil Young or Joni Mitchell.

In the late 20th century, when the Berlin Wall was falling and the Soviet Union was falling apart, part of the West’s appeal to communist youth in the Eastern Bloc was that the consumer pleasures of capitalism seemed more fun than the sober austerity of their societies. Our discotheques were louder and more sparkling. Our blue jeans were more varied and in tune with the times. Yet, more importantly, capitalism turned out to be less fun than socialism. Like Kristen Ghodsee observed, Eastern Bloc women report that with all the economic stress and competition, post communist sex isn’t as good. People in post-communist societies also report less time for leisure and friendship under capitalism than under communism.

Humans are wired to play, and we do it all the time, endlessly, and inventively. But capitalism always ends up getting in the way. I still love Wordle and will continue to play for now, but, as a happy little downtime of the capitalist machine of individual labor, consumption and profit, its days are numbered.

2022-02-07
Previous Post: We need another real political movement driven by ideas – Pat Utomi – Channels Television
Next Post: A letter from Michael H. McCain on capitalism: “I hope this debate will continue”