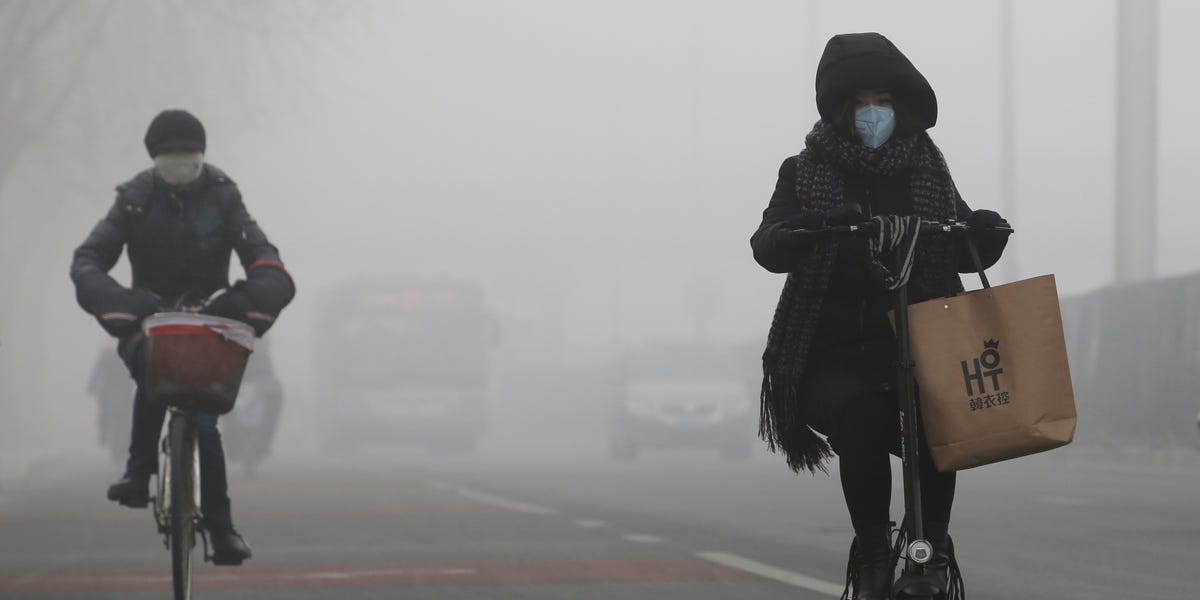 Time is running out for the world to act on time to prevent the catastrophic effects of climate change.

As the recent report of the Intergovernmental Panel on Climate Change (IPCC) has revealed that the goals nations around the world have previously set for themselves to act are inadequate. If we cannot dramatically reduce emissions around the world within a dozen years, it will be too late to prevent many of the disasters scientists anticipate, unless we use geoengineering techniques. potentially devastating and untested.

Because of all this, the biggest question raised by the recent IPCC report was not about how we deal with climate change. We know the answer: It’s about transforming the systems that drive society – energy, food production, transportation, land use – so that we stop pumping greenhouse gases into the atmosphere.

The big question the report raises is whether our capitalist economic system is ready to make the necessary changes.

The answer is not clear.

Many people think that companies can and will take action to help reduce emissions, and there are companies – including big ones like McDonald’s and Walmart – who have taken steps to do so.

Yet the IPCC report described the urgency of reducing emissions that will require coordinated action from organizations and governments around the world – something in the sense of an international “war effort” unlike any other in the world. never seen.

Can businesses make changes to help solve the climate crisis?

For decades, we’ve known that climate change is happening – and we know that to stop it, we need to reduce emissions.

Yet, for the most part, that did not happen. In the United States and around the world, we have continued to burn fossil fuels. Emissions increased in 2017 and this trend is should continue This year.

Part of this story is about growth. As billions of people started earning more money, buying cars and electronics, and eating more meat, greenhouse gas emissions increased. A widespread renewable energy infrastructure to power this growing economy does not yet exist.

We always want the quality of life to continue to improve for billions of people around the world. Yet by the end of the century, the UN expects the world population has grown to 11.2 billion. If per capita emissions continue to rise, global temperatures will quickly rise to dangerous levels.

The growing recognition that we need to deal with climate change before things get out of hand – with effects such as scorching heat waves, powerful and rapidly escalating storms, coral reef deaths, mass extinctions animal species and sea level rise – led nations around the world to sign the Paris Agreement in 2015, pledging to help prevent global temperatures from rising more than 2 degrees Celsius per compared to pre-industrial levels by 2100.

Trump’s announcement led states, cities, universities and businesses to pledge to try to keep the Paris targets in the United States. These groups – sometimes referred to as subnational actors – constitute the We are still in coalition. According to Carter Roberts, CEO of the World Wildlife Fund (WWF), research indicates that subnational actors can achieve about half of the emissions reductions needed to meet the Paris targets.

â€œSome companies haven’t stepped in as strongly, but when you add up all the different subnational players, you’re halfway there,â€ Roberts told Business Insider US in a recent interview, ahead of the publication of the IPCC report. “I would say half is pretty good.”

WWF and organizations like the World Resources Institute collaborate on Science-Based Targets Initiative, which helps companies identify ways to reduce emissions by the amount needed to meet Paris Agreement goals. This can be done by improving supply chains, but also by changing the way companies get electricity or where they manufacture their products.

There is an incentive, according to Roberts, to cut emissions and push to put a price on carbon. These efforts appeal to consumers, they are initiatives that appeal to valuable workers, and they are essential for any business that wants to survive long term in a changing climate.

But Roberts also knows time is running out.

â€œThere is a lot of inertia in our system,â€ he said. “Are we where I thought we would be 10 years ago in terms of this happening in the United States? Not at all. Do I think it is happening? Yes, I think so.”

The problem of growth

With this clock ticking, the question of whether companies will decide to act on the climate is useful enough to actually reduce emissions enough is still unknown.

As economies grow, we make more use of the world’s finite resources. For this reason, some economists argue that we must stop viewing “growth” as a universally positive force if human society is to survive on the planet in the long term.

In his book “Donut Economics”, economist Kate Raworth supports that we need to reach an economic point where people have enough housing, energy, water, food and other resources, but where we are not using so much of these resources that we are causing dangerous climate change, air pollution, biodiversity loss and other negative effects of growth.

This idea is not compatible with a form of capitalism which regards growth or gain more as the most important value. This will almost certainly require some redistribution in a world where the the richest 1% own 46% of the world’s wealth.

If companies can define value, as Roberts says, not only as shareholder value but also as value for society, they could justify making reducing emissions a priority. This makes the most sense in the long run because it is the only way not to push the planet to a dangerous point.

Yet the latest IPCC report pointed out that we have even less time than we thought to make the changes needed to deal with climate change. We will begin to see dramatic consequences once temperatures rise to 1.5 Â° C above pre-industrial levels – something expected to happen by 2040. By 2100, we are on track to reach 3 Â° C C compared to pre-industrial levels.

“The new IPCC report sends the clearest signal yet that we are eager to take climate action. The scale of the problem requires more than just government-only solutions. All sectors of society must be involved. , and the private sector matters because of the scale it can reach, â€Roberts told Business Insider US in response to a follow-up question after the report’s release.

â€œWalmart’s total emissions are equivalent to those of the French nation, and McDonald’s emissions are comparable to those of Portugal. The two have set science-based climate targets in line with Paris Agreement targets, as have nearly 500 other companies. Reaching or exceeding the Paris target, as the IPCC report calls for, will require more companies to join the fight in setting and meeting science-based climate goals. “

These companies are large enough that their actions are essential to tackle climate change. Yet the speed at which emissions must be reduced will also require dramatic action from governments, including regulations, carbon pricing and rushing the transition to renewable energy.

Governments are not on track to get there right now. And even if some companies are committed to working on the climate, these commitments are not yet enough to avert disaster.

The authors of the IPCC report suggest that it is still theoretically possible for us to act on the climate in time. It remains to be seen whether businesses and governments are ready to do so.

2018-10-12
Previous Post: Is the American Economic System Fair? Republicans, Democrats divided
Next Post: “How can millennials defend our economic system, when they don’t understand it? “