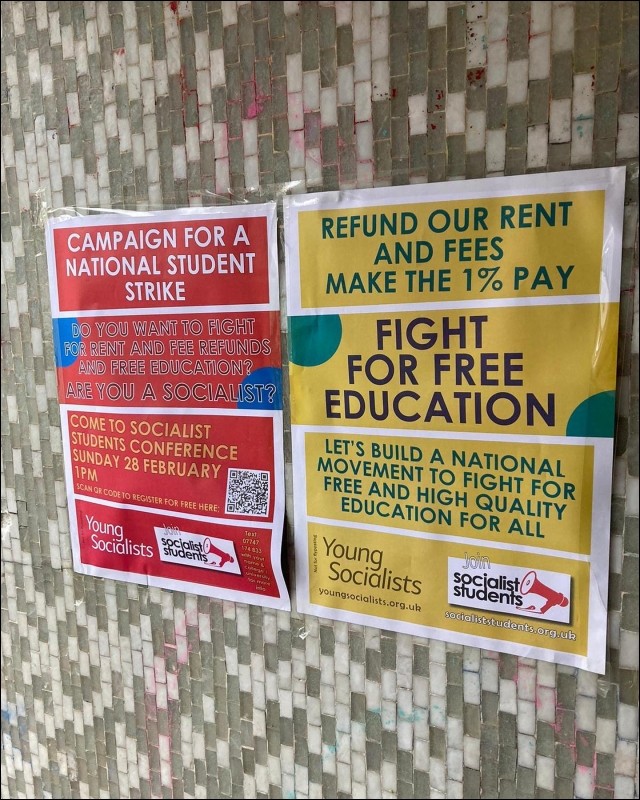 From The Socialist newspaper, September 15, 2021

Members of the Socialist Party held a booth at the Oxford Brookes Freshers Fair on Monday, highlighting the need for a new socialist student society on campus.

We made contact with around 20 students and had broad discussions on issues such as free education, the fight against racism, climate change and the oppressive role of gender under capitalism.

Many students said they were interested in socialist ideas through Jeremy Corbyn, but criticized his surrender to Labor immediately after his leadership victory.

A student was outraged by plans to increase national insurance contributions, after a period when British billionaires increased their wealth by 35%.

Another student told us that he is already planning to start a new socialist society at Oxford Brookes, but looks forward to joining Socialist Students, as a militant group with ties to campuses across the country.

Take wealth from the super-rich to fund: NHS and social care, wages and benefits go up

On the front line, and still fighting for the NHS

We need a new political party for workers and youth

What is behind labor shortages and what can be done to address them?

Climate change, capitalism and the struggle for socialism

Back to campus: students must stand up and fight

Save jobs and services – nationalize rail

Weetabix – workers have had enough

Hands off the increase in universal credit

Unite young and old to defend the triple lock of pensions

Putting socialism on the map in Chichester

Claiming pride in protest in Nottingham

Fight Fund Goal Met: Help us continue to raise our banner and program

Nuclear Madness: A New History of the Cuban Missile Crisis