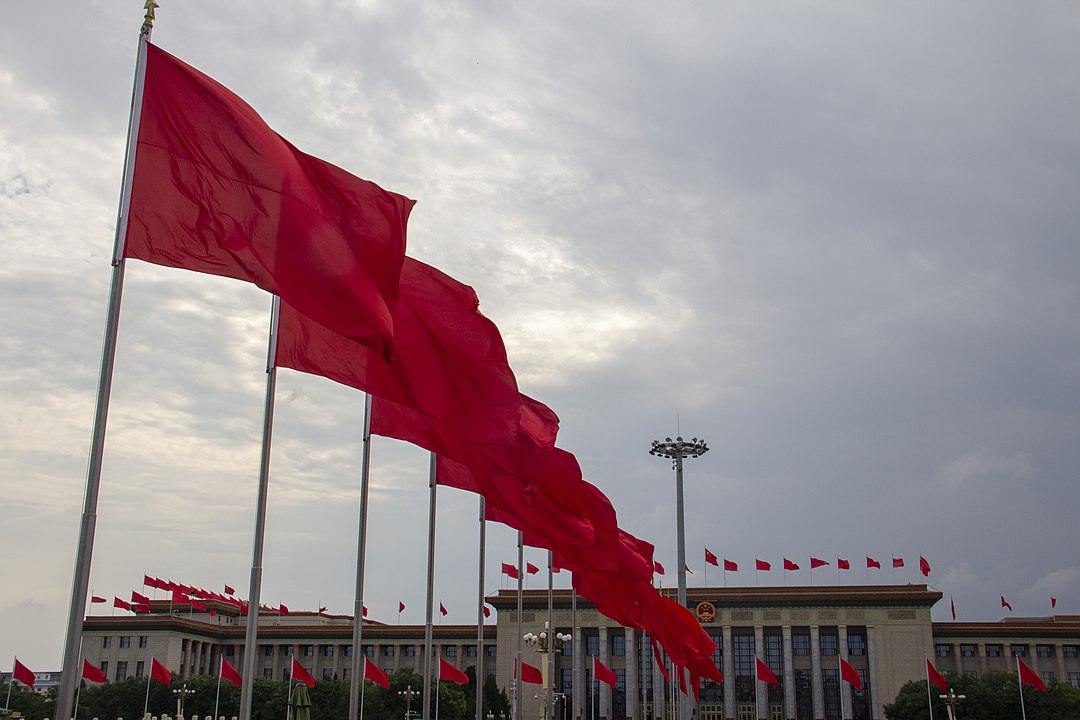 The following interview with Brian Becker, National Director of the ANSWER Coalition and founding member of the PSL, was originally published by the Global Times, a widely read Chinese publication.

Global Times: As the founder of the Socialism and Liberation Party, what do you think of China’s achievements over the past decade under the leadership of the CCP? What changes in China during this period impressed you the most?

Becker: Perhaps the most impressive achievement of the past decade has been the eradication of extreme poverty for over 850 million people. It was the greatest achievement of a poverty alleviation program in the history of the human race. Another indisputable achievement has been the successful handling of the COVID crisis. In the United States, where I live, over a million people have died. More than 60 million workers lost their jobs in 2020. More than 100,000 small businesses went bankrupt. As the United States was plunged into an economic recession and a health crisis of unprecedented magnitude, the Chinese government pursued a policy preventing such loss of life in a country of 1.4 billion people. This would not have been possible without government policy, direction and unified approach. That’s not to say there aren’t significant challenges yet, but it was a huge achievement. In addition, as China has become the world’s second largest economy, the Party leadership has laid out a plan for economic development to be balanced or become more balanced, efforts to mitigate pollution and climate destruction to be affirmed and implemented and that the objective was to create “common prosperity”. Finally, China offered a different global vision. The development of the Belt and Road Initiative offered a stark contrast to a pattern of economic globalization based on neo-colonialism and the exploitation of nations in the Global South.

GT: What influence has the development of Chinese socialism with Chinese characteristics over the past decade had on the global socialist movement?

Becker: In the United States and Latin America today, there is a growing resurgence in the popularity of socialism – especially among tens of millions of young people who want a more just and sustainable world. Growing economic inequality, the danger of climate catastrophe and more wars have led millions of young people to seek an alternative to capitalism. The development in China of a socialism with Chinese characteristics and the resulting social and economic achievements have naturally become an object of study for people interested or committed to finding an alternative to the current system with its grotesque inequalities. , its pervasive violence, endless wars and impending climate catastrophe. The fact that the current leadership of the Communist Party of China has reaffirmed and re-emphasized China’s socialist goals has been a great source of inspiration for people seeking a socialist and humanist alternative.

GT: China has enriched the state and strengthened the military, while adhering to a defensive defense policy. As an anti-war activist, how do you understand China’s concept of security? How does it differ from the security concepts of some Western countries?

Becker: The contrast between China and the United States on the issue of militarism, war, military expansionism, could not be greater. Anyone who analyzes the security orientation of the two countries with an objective lens will easily observe a profound difference. The United States leads the most formidable military alliance in the world, NATO. It unites 30 countries into a military bloc. NATO is a military formation led by the United States. Current US military spending is $800 billion, more than double the combined military spending of the other 29 NATO member states. China is not a member of any international military formation. The United States has more than 800 foreign military bases and installations around the world. The United States entered the war in Korea, Vietnam, Cambodia, Laos, Grenada, Panama, Iraq, Yugoslavia, Afghanistan, Iraq for the second time and Libya. In 2018, the United States adopted a new military doctrine prioritizing and preparing for a major power conflict that obviously has China as its primary target. Following the so-called Pivot to Asia announcement in 2011, the United States redeployed more than 60% of its air and naval forces to the Pacific region. Clearly, the United States is actually preparing for a military confrontation with China. The current effort to “build up the army” is clearly a defensive initiative. It would be foolhardy for China not to take the US threat seriously and upgrade its military capability to defend the country and hopefully prevent the outbreak of a catastrophic global confrontation.

GT: Chinese President Xi Jinping proposed a global security initiative at this year’s Boao Forum for Asia. What do you think of this new initiative? Will it make a significant contribution to the establishment of a new world order?

Becker: The initiative proposed by President Xi Jinping at the Boao Forum is essentially a reaffirmation of the founding charter of the UN. What makes the initiative very new and fresh is that it highlights the growing danger of war in the current century compared to the challenges facing the world at the time of the formation of the UN. It highlights the need for countries around the world to prioritize and work together to avoid war. He argues that the prevention of war is in the interest of all countries. That there should be a common commitment to work together cooperatively to avert and prevent war. The analogy used is that all countries in the world share the planet like people on a large ship have a shared and intertwined common destiny regarding the fate of the ship rather than making it seem like they only care from their cabin on the boat. This is perfectly logical.

GT: You said that the United States is preparing for a war with China and “hopes that China will suffer the same fate as the Soviet Union”. Can you elaborate on this subject? What challenges does the United States pose to the security situation in and around China?

Becker: There are two important aspects to this question, but they are both very related. The United States is obviously planning and preparing for a military confrontation with China. But the goal is not war itself, although it can happen. The American goal is to create a process inside China similar to the one that brought down the Soviet Union. This could only happen if China lost its internal unity. This is the American plan and it’s not really a secret: the United States seeks nuclear primacy and military supremacy. The purpose of this military build-up, naval and air provocations, the covert dispatch of military forces to Taiwan is to raise the specter of China’s containment or isolation. The real goal of the United States is to create such pressure on China that it will lead to political rifts within China with the expectation that the government will lose its existing internal unity. It was the loss of unity within the Communist Party of the Soviet Union (CPSU) that led to the tragic and totally unnecessary dissolution of the Soviet Union.

American decision makers operate from a strategic playbook that is based on the actual course of events in the 1980s that led to the shocking breakup of the Soviet Union, which – let us remember – was the second economic and military power. . In the late 1970s and early 1980s, the US government embarked on a very aggressive military build-up. The United States refused new arms treaties. He placed advanced weapons all around the Soviet Union. The US military budget has nearly doubled. The United States has launched an effort to gain military supremacy in space and end the era of military parity between the two countries. The United States has consciously created a pressure cooker situation. This created fear inside the USSR that war was approaching, and it led to a loss of confidence within the leadership and it helped a political undercurrent within the leadership that sought to appease United States. Failure to properly manage this aggressive posturing and to properly manage political reforms led to the breakdown of unity within the CPSU and ultimately led to a counter-revolutionary overthrow. I don’t believe that will happen in China. It’s an imperial fantasy. China is well aware of this strategy. But the United States is playing a dangerous game by escalating towards war and confrontation and extinguishing the various cooperative parts of the US-China relationship that have existed for the past 40 years.

Becker: The United States has spent more than $2 trillion in the war it has lost in Afghanistan since 2001. In those same two decades, the United States has experienced three major economic recessions. Another fundamental weakness of the US government is that the only vision it offers to the world is one of absolute US dominance. This is unacceptable to the rest of the world. By constantly employing military threats, invading other countries, carrying out targeted assassinations around the world using drone technology, expanding the NATO that has made war in Ukraine all but certain, imposing draconian economic sanctions and seizing the assets of small countries, the United States diminishes its standing in the eyes of the people of the world. This is a serious blow to American “soft power”. China has taken an almost diametrically opposed position emphasizing peaceful cooperation and what the Chinese call a win-win strategy stressing that interaction with other countries is seen as mutually beneficial rather than a relationship. based on coercion. American decision-makers continue to act and frame their decisions as if they were living in the 19th century where “might does good” and where a few countries trample the rest of the world. China also offers a clear and vivid example of how countries in the South can achieve economic and social prosperity and overcome the long and dark era of colonization or semi-colonization.