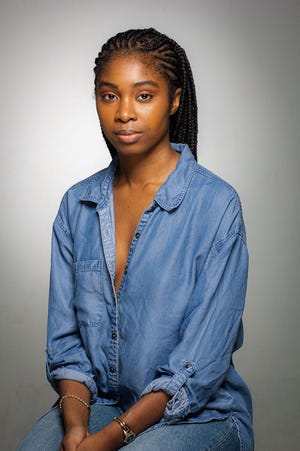 Black women are fueling the growing appeal of democratic socialism

As the dust settled after the 2020 presidential election, black women were heralded as the backbone of the effort to fight for suffrage and save democracy. In nearly every state, black women have galvanized our collective power to support progressive BIPOC candidates in Congress and in state legislatures. As the most trusted voting bloc in the country, we have brought ourselves and others to the polls.

But as we look to 2022, black women aren’t just saving this country — we’re embracing socialism. It is time for other coalitions to support us and follow suit. Black women with socialist views have been organizing in the South for centuries. We have called out social inequalities, found solutions collectively, and created grassroots groups to address the failures of lawmakers and the greed of the top 1%.

Now, with a pandemic that has yet to end and a political system that continues to deprioritize communities of color, our push for black, women, and youth-led socialism takes on even greater urgency.

“Often black women are the backbone of our communities. And often their contributions to the community go unrecognized,” says Epiphany Summers, organizing director of Dream Defenders. “I love being part of a black feminist organization like Dream Defenders that gives young black women space to make an impact.”

As black women continue to do the work and become leaders in the political arena, democratic socialism and socialist ideals are becoming increasingly popular. Democratic socialism is a political philosophy that believes that the economy and society should be run democratically to meet public needs – not to make gigantic profits for the elite – and that everyone should have a say in his workplace and the economy in general.

Young Americans and Democrats are increasingly becoming supporters of socialism, and they are incorporating this philosophy into the decisions they make in the voting booth. According to a 2019 Axios poll, 70% of millennials would vote for a socialist candidate. And just last year, an Axios/Momentive poll found that a majority of Gen Z adults hold a negative view of capitalism.

Although democratic socialists and socialism are widely hated, especially by Republicans and senior citizens, we have seen elected officials like Senator Bernie Sanders and US Representatives Alexandria Ocasio-Cortez and Rashida Tlaib run for office on socialist platforms. – and win. And we try to make that a reality every election cycle through our work as Dream Defenders.

Last year, the black women-led civil rights organization was a plaintiff in a lawsuit brought against Republican Gov. Ron DeSantis in Florida. The lawsuit argued that HB1, a bill DeSantis signed in April 2021, violates the First and Fourteenth Amendments to the U.S. Constitution by violating protesters’ freedom of speech. After winning an injunction in the lawsuit, Dream Defenders then spearheaded various political initiatives, including the election of Democratic Socialist candidate Richie Floyd to St. Petersburg City Council.

Floyd, a middle school teacher, came forward on a platform committed to fighting for better jobs, affordable housing, and social and environmental justice for people who live in District 8 of St. Petersburg. And last November, Floyd won 51% of the vote and became the first openly Democratic socialist to be elected in Florida in more than 100 years. “We’ve knocked on over 45,000 doors in St. Petersburg in support of Richie,” said Lenisha Gibson, political director of Dream Defenders.

This is a major victory for Florida given that the state is led by DeSantis, a governor who promotes anti-immigration policies, suppresses voting rights, criminalizes peaceful protest and opposes mandates for masks that have helped keep people safe throughout the pandemic.

Today, Dream Defenders organizes black and brown youth to build power in our communities to fight for policies and resources that benefit our communities and put people first. Our agenda is called the Freedom Papers, and through it we advance our vision of safety and security. It is a vision that moves our society away from prisons, deportation and war – towards health care, housing and jobs.

The ideology and negative connotation that accompanies socialism often discourage politicians from calling themselves socialist legislators – and organizations from describing themselves as socialist groups. However, every now and then someone bravely steps up to lead the public in a progressive way while using socialism as part of their platform. That’s exactly what happened in Florida when Dream Defenders endorsed Floyd’s bid for St. Petersburg City Council.

As Dream Defenders, we fundamentally believe that people deserve security and the opportunity to lead dignified lives. From the uprisings of 2020 to the thousands we lost amid the COVID-19 crisis, we have seen too many powerful public officials willing to sacrifice our security for political gain.

Ahead of the 2022 midterm elections, black women are still embracing democratic socialism in our fight for freedom. And Dream Defenders – as socialists – will continue their quest to fight capitalism and free communities of color from systems of oppression created by elected officials who make decisions for their own financial and political gain.

We encourage you to educate yourself about the issues affecting your community and how good jobs, a good education, a strong and engaged electorate, legal alternatives to prison, and community alternatives to the police can be a solution to these problems. Watch and join a chapter to become more politically and civically engaged. If not us, then who?

Jessika Ward is a reporter and publicist for the Dream Defenders, a black and brown youth-led organization with chapters across Florida.