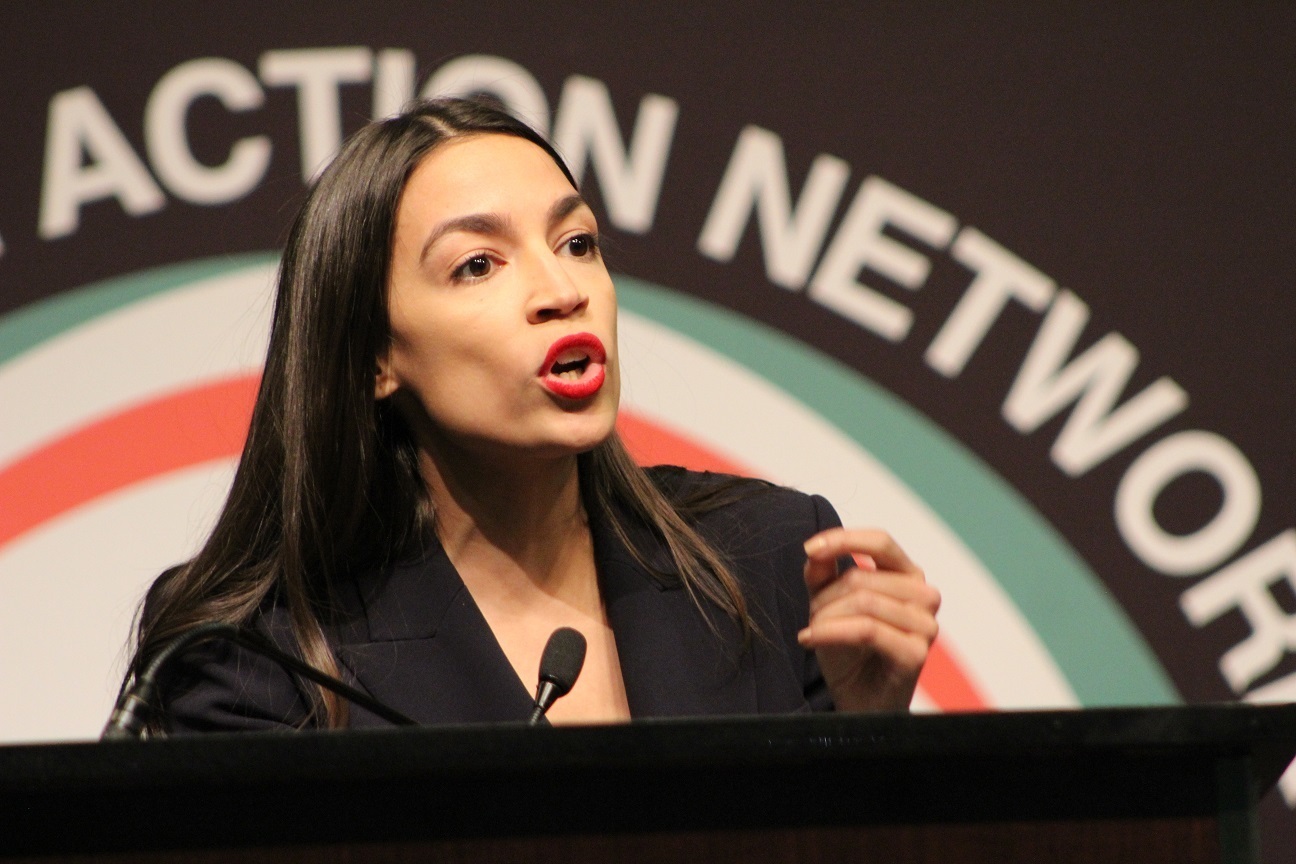 Alexandria Ocasio-Cortez (DN.Y.) said in a recent interview that capitalism is irremediably bad:

“So for me, capitalism at its heart, what we’re talking about when we talk about this is the absolute pursuit of profit at all human, environmental and social costs. That’s what we’re really talking about.

The New York Democrat also said that a “very small group of genuine capitalists,” whom she described as wealthy individuals who have such large sums of money that they don’t need to work to earn their lives, controlling American industries, energy sources and labor.

“’They can control massive markets that they dictate and can capture governments,’ Ocasio-Cortez said. ‘And they can basically have power over the vast majority. redeemable which we can partake of for prosperity and peace for the great majority of people.'”

AOC engages in the Socialists’ favorite pastime, redefining terms so their argument automatically wins a debate. It’s a trivial pursuit that even the most ignorant can enjoy. But readers should ask themselves, if capitalism is pure evil, why have so many Christian theologians embraced it for centuries?

The term “capitalism” was first used by the French socialist Louis Blanc in 1850 in reference to the system of exclusive ownership of the means of production by individuals. Prior to this, the system was known as laissez-faire, short for Let us do, French for “leave us alone!” French businessmen shouted it to Jean-Baptiste Colbert, Comptroller General of Finance under King Louis XIV of France. Colbert had implemented massive government controls of trade in France in the 17th century to counter the economic dominance of the free-market Dutch Republic. Instead of improving trade and living standards, Colbert’s reforms crushed them. When asked what more he could do for businesses, the owners replied, “Leave us alone!

At the same time, Adam Smith called laissez-faire the system of natural liberty, citing the Dutch Republic as the best example. But the Protestant Dutch did not invent the system. They had it a century before Catholic theologians from the University of SalamancaSpain, which distilled the principles of the Bible and natural law.

From its instantiation in the Dutch Republic until the 20th century, this system of natural liberty, laissez-faire, or capitalism was the Christian economy for most Protestant theologians. The best-selling economics textbook in the United States in the 19th century by Baptist minister and director of Brown University, Francis Wayland, promoted capitalism as Christian economics. If it was as bad as AOC claims, why would top theologians promote it for 300 years?

The answer is simple: AOC is wrong, because it takes care of most things. What are the principles of capitalism? Essentially, these are the rights to life, liberty, and property made famous by Thomas Jefferson’s phrase in the Declaration of Independence, although Jefferson changed property to happiness. The right to life is the positive statement of the biblical command “Thou shalt not kill”. The right to property is the positive of “thou shalt not steal”. The right to liberty stems from the prohibitions of forced slavery and the right to freedom of conscience, as God places no value on forced belief.

These rights require free markets because ownership means the owner controls its buying and selling, and limited government because the state cannot violate the rights of its citizens. Further, citizens are equal before government because governments are ministers of God (Romans 13) and all people stand before God as equals.

So how did AOC come up with such a vile definition of capitalism? She pushed the hallucinations of the drunkard and atheist Karl Marx to their logical conclusion, even though Marx credited capitalism with raising Western Europe’s standard of living to the highest levels in history for his day. . Marx was so lazy that he let a child starve rather than find a job and feed the child. He is the man the AOC and Democrats consider to be the savior of mankind in place of Christ.

AOC understood one thing well in his interview. She complained that rich people “capture governments” and therefore have too much political power. True, but it is a characteristic of socialism, not of capitalism. The United States has not been capitalist for about a century. You see, socialists thought they could control corporations by giving the state the power to regulate them. But businessmen have understood that politicians exist for a reason: to sell their power to the highest bidder. So the businessmen complied and bought them. In return, the politicians installed pro-big business bureaucrats in the regulatory agencies, thus “capturing” the regulatory agency.

“Regulatory capture…generally refers to a phenomenon that occurs when a regulatory agency created to act in the public interest advances the commercial or political concerns of special interest groups that dominate an industry or sector rather than the agency is responsible for regulating”,

From the CFA Institute

AOC lives in the world of Isaiah who wrote: “Woe to those who call evil good, and good evil; who replaced darkness with light and light with darkness; who put bitter for sweet and sweet for bitter! (Isaiah 5:20). Capitalism is as far from the evil that AOC complains about as light is from darkness. Socialism is the night she calls day and the cause of most of the problems she blames on capitalism.

Roger D. McKinney lives in Broken Arrow, OK with his wife, Jeanie. He has three children and six grandchildren. He received an MA in economics from the University of Oklahoma and BAs from the University of Tulsa and Baptist Bible College. He wrote two books, Financial Bull Rise and God is Capitalist: Markets from Moses to Marx, and articles for the affluent Christian Investor, the Foundation for Economic Education, the Mises Institute, the American Institute for Economic Research, and Townhall Finance. Previous articles are available at facebook.com/thechristiancapitalist. He is a conservative Baptist and promoter of the Austrian School of Economics.