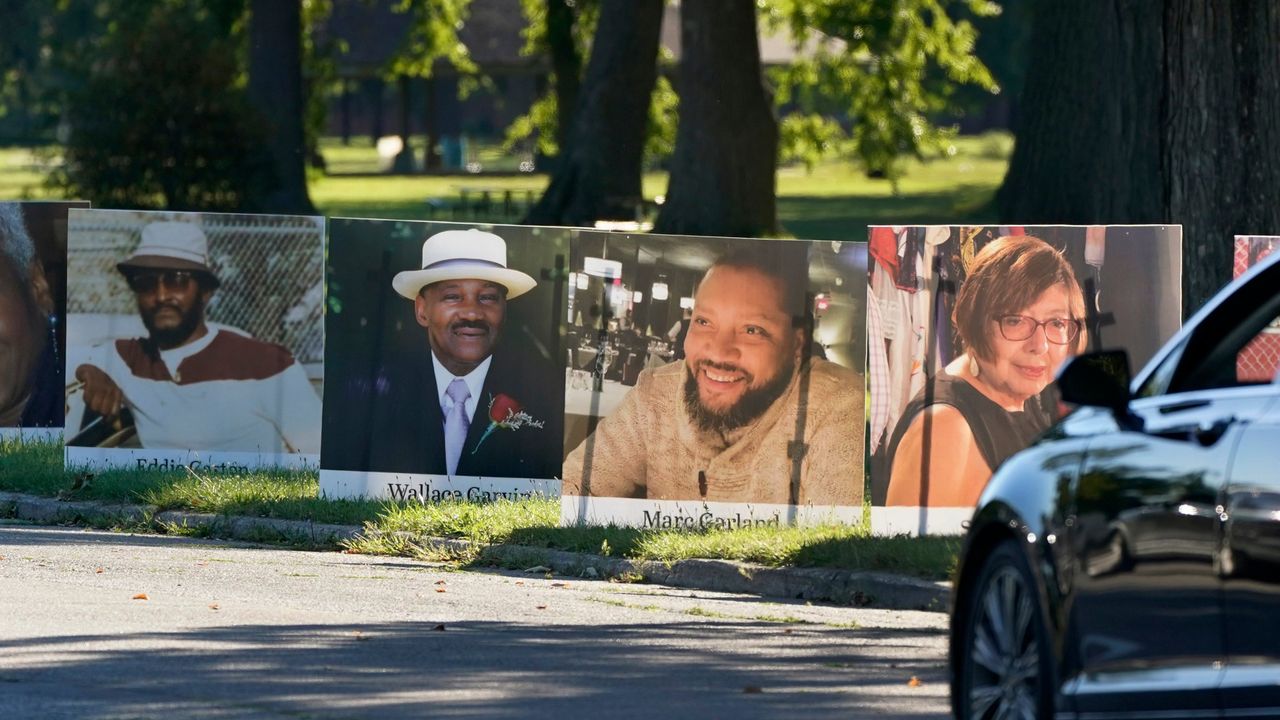 Twenty-two months since the emergence of COVID-19, the pandemic is not in sight, which continues to kill on a large scale.

The center of the pandemic is again in the United States, where the official death toll this week has surpassed 700,000. More than 9.1 million years of life have been lost to COVID-19 in the States United, according to a study published this week in the Annals of Internal Medicine.

On July 4, US President Joe Biden declared “independence” from the COVID-19 pandemic, declaring: “We can live our lives, our children can go back to school, our economy is booming. . Biden has discouraged wearing masks and urged those vaccinated not to distance themselves socially, saying the pandemic is all but over. Since then, more than 80,000 Americans have died from the pandemic.

Even in the most optimistic scenarios, like the one published by the COVID-19 Scenario Hub based on the anticipation of a dramatic drop in cases, the death toll will reach over 800,000 by the spring.

But at the current death rate, with an average of 1,726 people dying every day, more than 300,000 people will die in the next six months, bringing the official death toll in the United States to well over one million.

Among the dead are 480 children, including 20 just last week. And more than 100,000 children have lost a caregiver to the pandemic, according to a study released in July.

Across the country, from Wisconsin to California, hospital intensive care units are filled to capacity. Hospitals are issuing emergency protocols for nurses and doctors to make the gruesome decision of who will live and who will die, due to a shortage of ventilators and other life-saving equipment.

One in three people infected with COVID-19 will get a “long VOC,” with symptoms lasting more than two weeks. For hundreds of thousands of people, this means permanent debilitation: chronic fatigue, pain and long-term cognitive impairment, including in a whole generation of children.

But with more than 2,000 people dying every day – a rate higher than any war the United States has ever waged – the American political establishment declares the pandemic is all but over. “As we end this pandemic, we must prepare for the next one,” US Vice President Kamala Harris tweeted Thursday.

To speak of the â€œendâ€ of the COVID-19 pandemic when two thousand people die day after day is foolish. But in the twisted logic of the American ruling class, “ending” the pandemic simply means ignoring it. The level of death seen in the United States should be treated as the â€œnew normalâ€.

What is happening is a horrible normalization of death.

In the richest and most powerful capitalist country in the world, nearly a million people have died from preventable disease. These deaths were the result of lies and cover-ups by the Trump administration and Congress, which deceived and disarmed the public as the disease spread across the country in January and February.

On May 14, 2020, the Health Subcommittee of the House Energy and Commerce Committee held a hearing on â€œScientific Integrity in the Response to COVID-19,â€ during which the launcher d alert Rick Bright denounced the Trump administration’s response to the pandemic. Bright said that “public health officials were fully aware of the emerging threat of COVID-19 in early January 2020”. But the US government was “determined to minimize this catastrophic threat.”

It would be the first, last and only audience of its kind. While Congress would continue to call on public health officials to testify, it would be part of an acceleration of plans to reopen schools and businesses. There has been no effort to investigate Bright’s claims: that a systematic cover-up, involving both Democrats and Republicans, has disarmed the United States’ response to the pandemic.

The lack of investigation into the pandemic response continued under the Biden administration, which appealed to the American public on the basis of popular hostility to the disastrous handling of the pandemic by the Trump administration.

Despite the scale of the disaster, it was not the subject of any serious public inquiry, even when there was clear evidence of wrongdoing, such as the sale of shares by members of Congress who were informed of the situation. the pandemic, the revelations of which have compelled the Senate intelligence services The chairman of the committee, Richard Burr, is resigning from his post.

Failure to hold anyone to account for the disastrous response to the pandemic is intentional. From the perspective of the ruling class, the actions that contributed to the massive death toll were not mistakes. This is why there were no inquiries and no one was held responsible, because this is the policy advocated by the entire ruling class and the entire capitalist system.

To the extent that blame can be attributed, it must be on the basis of a myth that does not incriminate the American political response. This is the origin of the “lab leak” lie, which seeks to blame China for the COVID-19 pandemic.

The US government cover-up was part of the “collective immunity” policy, which remains the policy to this day. “Infants, children, adolescents, youth, young adults, middle aged people with no conditions, etc. are zero to low riskâ€¦ so we use them to develop a herdâ€¦ we want them to be infected, “wrote Paul Elias Alexander, head of the Trump administration.

As long as the ruling class has a strategy to respond to the pandemic, it is to allow massive infection of the population, which, combined with the immunity generated by vaccines, will supposedly prevent further major outbreaks of disease. disease. This means that COVID-19 will become rampant in the population, possibly killing several hundred thousand people each year.

This “optimistic” scenario rests on the prayer that a new COVID-19 variant does not emerge which, like the Delta variant, leads to an increase in cases and deaths.

The ability of American capitalism to accept and “normalize” mass death must be seen as a warning. Any arguments that nuclear war is inconceivable because society is not ready to accept the loss of millions of lives have been refuted by the pandemic response. If the American ruling class is prepared to accept the loss of a million lives from preventable disease, it will accept the death of tens of millions of people in nuclear war. As Bloomberg News commented last year:

Yes, the United States has botched its response to COVID-19. At the same time, his experience shows that America as a nation can in fact tolerate losses, too many in fact. It has long been standard Chinese doctrine that Americans are “gentle” and unwilling to take a lot of risks. If you were a Chinese war game planner, could you now reconsider this assumption?

While the entire capitalist order supports the policy of “collective immunity”, the working class cannot accept the continuing wave of mass deaths. It must intervene, in the United States and around the world, to end the pandemic, demand and enforce the public health measures necessary to eradicate the virus.

2021-09-24
Previous Post: Where capitalism and the family collide
Next Post: Negotiating fair prices for Medicare drugs is capitalism