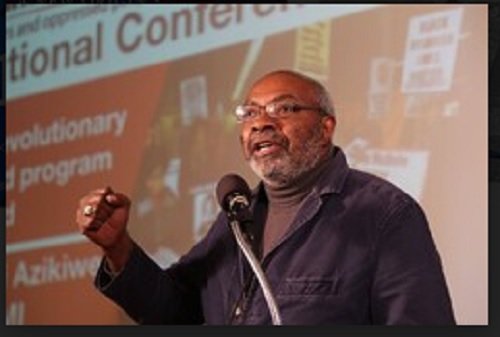 Further thoughts on “A New Origin Story: The 1619 Project”

New York Times reporter Nikole Hannah-Jones continued to make an impact with the revised publication of “The 1619 Project” as an extension of the original work which coincided with the 400th anniversary of enslavement of Africans in the colony British from Virginia.

The book includes historical essays as well as poetry and photographs that explore the various social aspects of African-American existence over more than four centuries.

One of the most interesting chapters is “Capitalism” (pp. 166-185) written by sociologist Matthew Desmond of Princeton University. This contribution to the book clearly illustrates why teaching real American social history has become a battleground between right-wing, liberal, and progressive political forces.

Desmond explains how the political institutions of the United States enshrined in the 1787 Constitution were designed to accommodate the Atlantic slave trade, involuntary servitude, and the expansion of European rule throughout the country. This alliance between the colonies of the northeast and those of the southeast was essential to consolidate a nation-state encompassing the thirteen territories. At the time of the War of Separation from Great Britain, slavery was legal in the Thirteen Colonies.

During the early years of the post-British Empire period, several northeastern colonies such as Massachusetts and New Hampshire had become even less dependent on bonded labor and outlawed the practice. However, in other future states such as Virginia, Carolina, and Georgia, slavery as an economic system was growing, prompting the ruling classes in those areas to vehemently defend their claim to disproportionate representation. within the legislative branch of government.

The creation of two branches of Congress, the Senate and the House of Representatives, sealed the undemocratic character of the institution. The upper house, the Senate, whatever the population, each state sends two people to Washington. Legislation requires the approval of both houses of the legislature. Like last year, major bills guaranteeing the right to vote, housing, social spending involving child tax credits and aid for public education cannot pass the current Congress due to the obstinacy of a section of the Senate and the House of Representatives.

Desmond notes in this discussion that: “What slavery advocates feared most was democracy itself: that northern majorities would use the power of the federal government to dismantle slavery. This fear shaped our political institutions in ways that are still felt today. To protect slavery, Southerners fought and won several provisions that virtually guaranteed that majority rule over the South would be impossible…. Congress would be divided into two houses, a lower house based on population – each enslaved black person counting as three-fifths of a citizen – and an upper house that would give all states an equal number of votes. (Desmond, p. 168)

By enacting the three-fifths clause in the Constitution, the South received disproportionate representation based on the enslavement of Africans. The pro-slavery South maintained control of Congress and the White House until the election of Abraham Lincoln in 1860. Even today, in the 21st century, Desmond points out that “the fifteen states where slavery remained in 1861 still hold the power to block a Constitution”. amendment supported by the other thirty-five. (Desmond, p. 169)

The author continues the chapter by tracing the origins of American concepts of private property, business management and race relations to the system of slavery. Desmond says that “the uncompromising pursuit of measurement and scientific accounting displayed in forced labor camps predates industrialism…. The Cotton Plantation was America’s first big business, and the Overseer was the nation’s first Big Brother business. (Desmond, p. 180)

It was the cotton plantations of the south that supplied the textile mills of the northern United States and industrial England. Due to the rapid growth of factories in the middle decades of the 19th century, new sectors emerged as dominant, such as shipping, banking, international trade, and real estate.

Connecting African slavery to the rise and growth of capitalism

Of course, Desmond, in his writings on capitalism for the 1619 Project, continues the work of scholars such as Eric Williams, who was born in Trinidad and studied history in England and the United States. His seminal work, ‘Capitalism and Slavery’, published in 1944, focused on the link between Britain’s rapid industrialization and the expansion of the exploitation of enslaved African labour.

Williams documents the close link between the supply of cotton produced in the United States and the enrichment of British trade. In the chapter entitled “British Capitalism, 1783-1833”, Williams says that: “The cotton industry was the capitalist industry par excellence. A calculation in 1835 gave an average employment figure of 175 for all cotton mills, 125 for silk, 93 for linen, 44 for wool. The size of the average cotton mill was something unprecedented in British economic history…. In 1835 there were 116,800 power looms in the whole of Britain, all but 6% in the cotton industry. (Williams, pp. 127-128)

Eventually, the contradictions between the expansion of slavery and capitalism forced one system to turn against the other. As Williams said in Capitalism and Slavery in the chapter on “The New Industrial Order”, “The very vested interests that had been built up by the slave system have now transformed and destroyed that system.” (Williams, p. 136)

A series of slave rebellions and the Civil War in the United States led to the demise of the involuntary servitude system. However, the domination of global capitalism has intensified the economic exploitation of a global proletariat.

The fight against imperialism remains paramount in the 21st century

The demand for mineral resources, trade routes, agricultural products, cheap labor and energy continues to fuel imperialism and all its manifestations. Despite the decline of socialism in Eastern Europe and the former Soviet Union from the late 1980s to the 1990s, the rise of the People’s Republic of China, the Democratic People’s Republic of Korea (DPRK), national liberation movements and independent states in Asia, Africa and Latin America, combined with the left turn of several countries in the Caribbean, Central and South America, the United States, Britain and European Union (EU) are threatened by their declining political and military power.

The US withdrawal from Afghanistan in 2021 created an image of Washington as lacking resolve in its current diplomatic and military goals. There are constant reports in the corporate media of the need to stamp out crime in cities alongside the putative fight against terrorism overseas.

Targeted aerial assassinations of ISIS leaders in northern Syria and other geopolitical regions cannot solve any of the emerging social problems in the United States. African Americans were instrumental in the electoral defeat of the previous administration of President Donald J. Trump, but there is discontent over the failure of the current administration of President Joe Biden to live up to one of the political imperatives of black, indigenous, people of color, and oppressed nations residing in the United States

Without the mobilization of progressive constituencies in the United States for the upcoming 2022 midterm and 2024 national elections, it is quite possible that the current political stalemate in Congress will continue. However, the unprecedented reforms instituted since the post-World War II era have often been won through mass movements and industrial action.

The lingering economic crises caused by unresolved issues within the social and economic fabric of the United States have been compounded by the COVID-19 pandemic since 2020. Many of the same issues that arose in the late 18th century around of the drafting of the Constitution remain today. The failure of the Biden administration and Congress to reassert suffrage and economic security for African Americans and the working class as a whole is reminiscent of the reversals seen in the post-Reconstruction years and decades after the gains from the 1950s through the 1970s.

The ongoing attacks on the education system by right-wing conservative tendencies are the result of ongoing power struggles in the United States. African Americans have a centuries-old history of resisting racism and exploitation and will continue to wage a protracted struggle to end oppression and injustice.
__